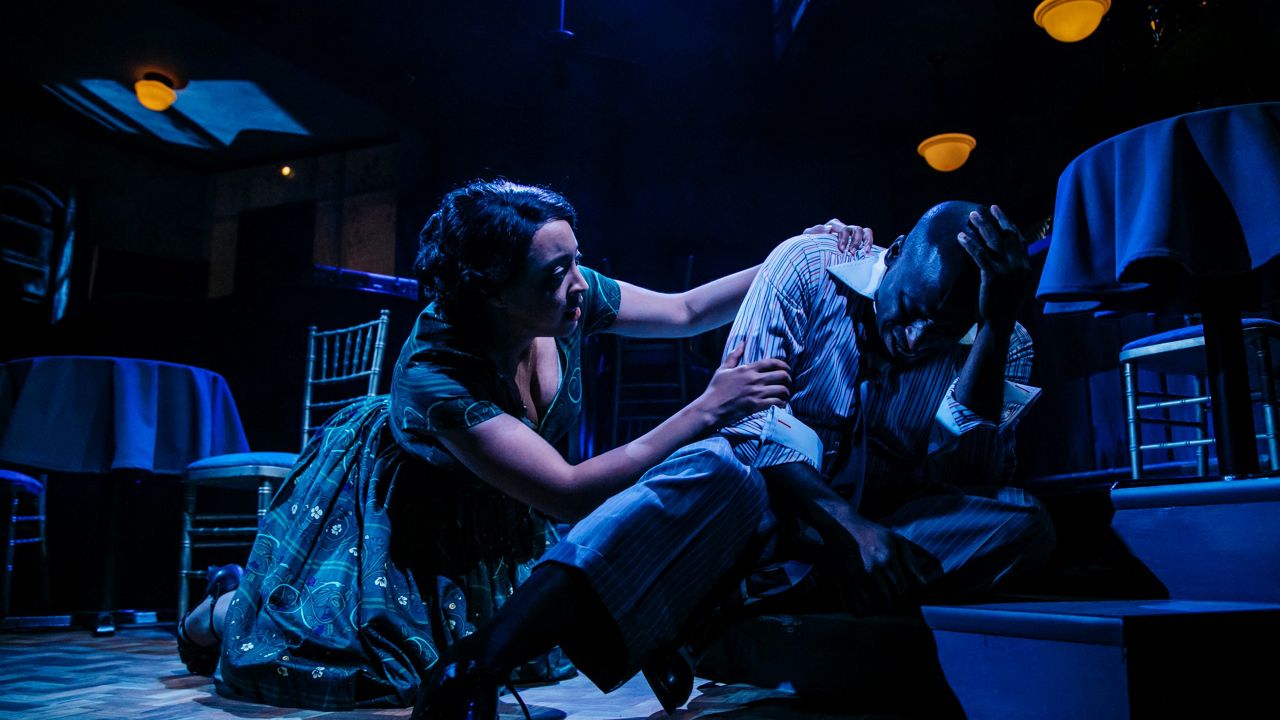 LOS ANGELES — To write a play and put it on a stage takes courage. To pull that play mid-production takes courage, too, but Wren T. Brown of the Ebony Repertory Theatre said sometimes that is what the moment calls for.


“You know, we have to run free instead of running scared,” he said. “We’ve seen that exhibited very, very recently by several playwrights.”

She announced her decision to end the run of the West Coast premiere in a lengthy Facebook post on Nov. 24.

“Harm began from within,” she wrote. “Harm happened internally within the creative team, when fellow artists were allowed to behave disrespectfully.”

Specifically, she wrote, “Black womxn” within the creative team had been “verbally abused and diminished.”

Morisseau said she reported the behavior to the theatre. In a statement of their own, posted on their website, the team at the Geffen acknowledged that when they were made aware of the incident, “we did not respond decisively in addressing it. As a result of these missteps, some members of the production felt unsafe and not fully supported.”

Geffen Playhouse's statement regarding the cancellation of Paradise Blue. pic.twitter.com/znQ4FyOdNw

All of this transpired in the days and hours leading up to Thanksgiving and Morisseau said the days that followed have been difficult. The playwright is in New York City, tending to a teething 11-month-old baby and attending rehearsals for her play “Skeleton Crew,” which opens on Broadway this month.

That play, like “Paradise Blue,” is part of Morisseau's "The Detroit Project" trilogy and was also performed at the Geffen in 2018.

Through a series of phone calls and texts over the holiday weekend, Morisseau called the current situation “traumatizing” and “exhausting.”

“I am very much my plays,” she texted. “My stories are about communities standing together against abuse. ... I couldn't ever sleep knowing that I'm saying one thing on stage, and allowing the opposite to happen off stage.”

Brown sees all of this as part of a bigger shift.

“The climate for playwrights of color and the climate of the American theatre is fast changing,” he said. “We’ve seen a racial reckoning, so to speak, post the tragic, tragic murder of George Floyd.”

In fact, he said he founded his theatre — a professional, culturally-specific company located at the Nate Holden Performing Arts Center — out of necessity.

“To really see the community come into the doors and see themselves reflected in such a way that they can leave more whole than when they came,” he explained.

Theatre is also a place of raw emotion, an environment where often, he says, anything goes, where conduct may go unchecked. That can no longer be the rule of the day.

“I practice intentional civility,” Brown said, a practice he’d like to see more widely adopted. “You know, being kind on purpose. Being sensitive. Earnestly listening to those who have been hired in such a way that you hear with greater clarity.”

In an additional statement this week, Geffen Playhouse Executive Director Gil Cates, Jr. said, “We’ve been reexamining best practices and refining our action plan to foster an environment where all artists and staff feel embraced and fully supported.”

Representatives for the theatre also said, following the incident, attempts were made to get an apology issued, but once it was clear those attempts would not be successful, an individual was removed from the production the day before it was ultimately cancelled.

Meanwhile, Ebony Repertory Theatre is presenting a different blues-related period piece — “Blues in the Night,” conceived by Sheldon Epps and directed by Brown.

Standing on the set in his 400-seat theatre, he said he never felt good about all the statements made by “predominantly white theatres” in the summer of 2020, and their promises to enact change. He is watching closely to see if they are truly following through and he is excited to see playwrights like Morisseau and Jeremy O. Harris taking a stand.

Earlier this year, Harris pulled "Slave Play" from the Mark Taper Forum but reversed that decision when his concerns about a lack of female playwrights in the Center Theatre Group season was addressed.

“Their feet are being put to the fire in a real way,” Brown said of theatrical institutions in Los Angeles and elsewhere. “And I think that’s very, very necessary. I think that for growth, you have to be challenged. It’s about endurance, it’s about being honest, it’s about listening.”

He also believes there needs to be more spaces for Black playwrights to tell Black stories. “We have to realize that when we take our plays into these [predominantly white] institutions, the sensitivity, the nuance, the understanding, the cultural sensitivity is not always going to be there,” he explained.

There is something to be said for “being able to do your work at home.”

Creating and supporting more professional African American theatres across the country, he said, will go a long way toward ensuring developing playwrights of color are actually developed.