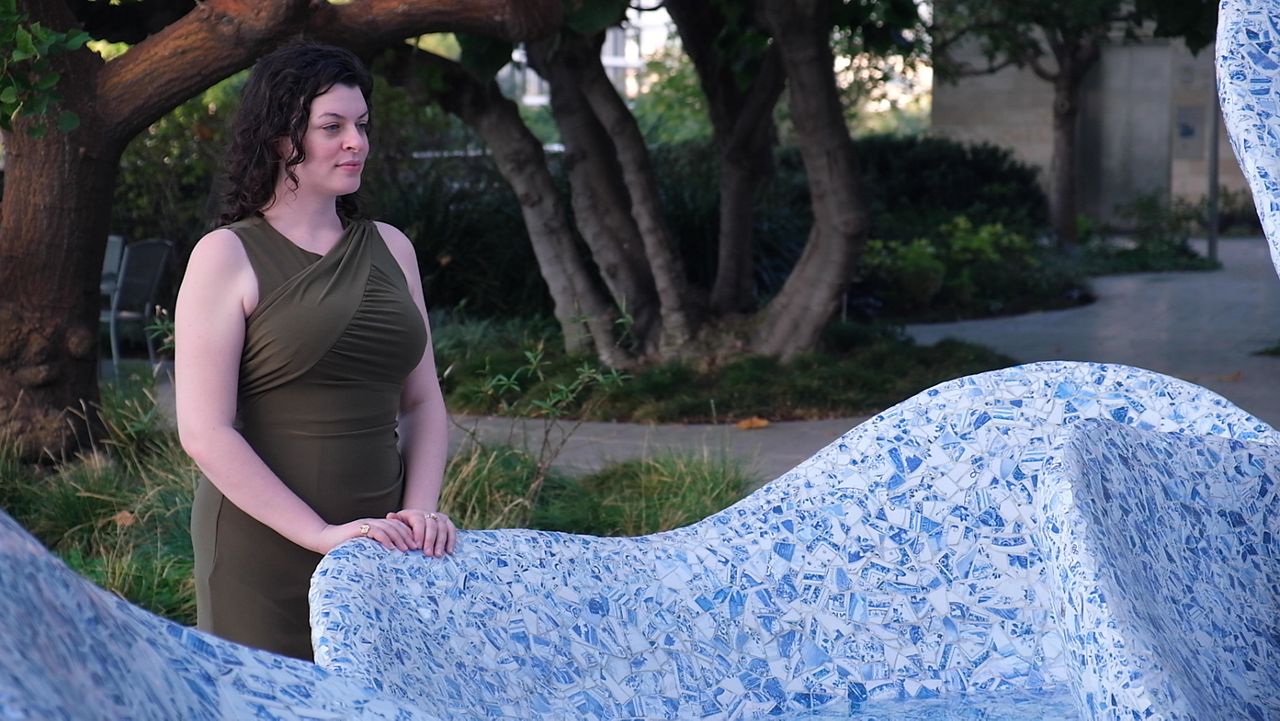 The LA Phil commissioned Adolphe back in 2018, and now she has returned to the Walt Disney Concert Hall with a new violin concerto called "Woven Loom, Silver Spindle."

What does the title mean?

"It's just an image for listeners to grab onto and sort of find an access point into the piece," Adolphe explained.

Originally from New York and now based in Nashville, Adolphe came to Los Angeles to study at USC's Thornton School of Music on the recommendation of teacher and fellow composer Steven Stucky.

"He really told me that Los Angeles was the place for young composers to be because it takes time to find your sound and he felt that this would be a nurturing environment to do that," she said.

Adolphe worked closely with the LA Phil's principal concertmaster Martin Chalifour who will perform the violin concerto with the orchestra for three nights starting Friday at the Walt Disney Concert Hall. The two collaborated via Zoom during the pandemic lockdown.

The LA Phil has a history of championing the work of living composers, and this comes with many advantages. The work can be more collaborative, small details and nuances can be discussed. Chalifour explained on his violin with a small phrase from the concerto.

"I was initially playing it a little too long at the end, and she said, 'That should be also short,'" Chalifour said. This attention to detail gives the work and the performance an extra level of richness and nuance.

Historically, there is a huge body of work for violin and orchestra, so composers are constantly looking for a new angle, Chalifour said.

"Each composer wants to put their mark on the repertoire and [Adolphe] explores techniques that are quite different," Chalifour added.

"Ultimately, I want listeners to just let their imaginations run wild and the peace can be about whatever they want," she said.

Julia Adolphe is already busy on her next commission, a piece called Makeshift Castle for the Boston Symphony Orchestra, premiering soon.