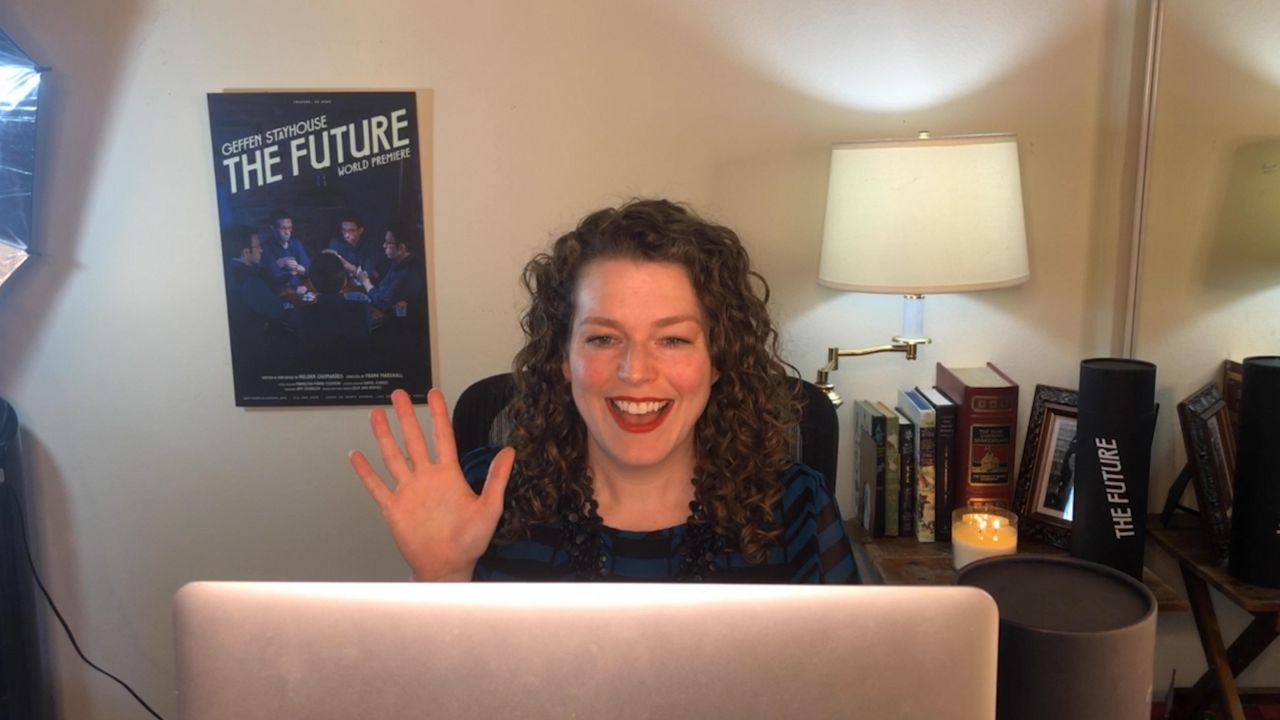 LOS ANGELES — When it comes to sitting down and watching a performance over Zoom, it might be hard to filter out the distractions of home – kids, pets, dishes in the sink. The ritual of “going to see a show” has been eliminated, and the commute from kitchen to couch doesn’t give audience members the same sense of a scene change.

That’s where the Geffen Stayhouse hosts come in, helping mentally usher patrons away from their living spaces and into their virtual theater.

“My name is Mel and I’m going to be your host today,” Mel Yonzon chirps brightly, one of more than a dozen times she’ll introduce herself over the next half an hour.

Like so many Angelenos, Mel is working from home. In traditional times, as she puts it, she works as the front of house manager at the Geffen Playhouse, welcoming patrons into the lobby.

In that sense, her new role, isn’t much different.

“Please take a moment to unwrap any candies now,” she says with a beaming smile and a nod to theater fans who have logged into the Zoom room.

“It completely translates,” she said of her new job responsibilities. “We’re still creating an environment, welcoming people in, and then, you know, sort of prepping them to see the show.”

She is one of a team of people managing the virtual lobbies for the highly successful Geffen Stayhouse. Their first offering, The Present, ran for more than 250 shows, reportedly grossing more than $700,000 dollars. This week the Stayhouse has three live, interactive, virtual productions running and a fourth being added to the mix in January.

Mel realizes that at this point in the pandemic people may be over Zoom, but that’s not an option once you enter her lobby. “You can’t have Zoom fatigue,” she explained. “In these shows you’re interacting with people. You’re talking with them.” Audience members actively participate, solving puzzles or trying to solve a crime.

As the number of shows has grown, so has the staff needed to run them. There are now seven hosts sharing the duties, including Emir. He normally works as an usher at the theater, which makes Mel his boss. She’s also his wife.

The two work together– separated but often simultaneously – in different rooms, running different shows, changing their background depending on that night’s performance.

For Inside the Box, for instance, Emir said “We’ll put up a bunch of board games and puzzles and stuff and I even have like a little Lego set that I’ll pop in there as well.”

Mel and Emir met 14 years ago in Chicago. Both studied improv. Both have theater degrees and they’ve actually worked together before, as tour guides and even singing pirates.

In addition to welcoming guests, their new roles also involve an element of performance.

“Yeah, we’re kind of like a pre-show,” Emir said. “Like when you go see a taping and there’s, like, a comedian there trying to warm up the crowd.  We kind of give out that vibe in a kind of way.”

Once the performance starts, the hosts stay on, providing tech support, running technical cues, and helping participants mute and unmute. The shows have drawn audiences from around the world – 30 different countries and all 50 states.

Mel and Emir say they’ve enjoyed this experience immensely. “We just love doing this,” Mel beamed. “We’re having so much fun, getting to meet people and still do theater, so we’re really grateful to be here.”

While they look forward to seeing patrons face to face again in the future, for now, they are happy to be the friendly faces of virtual theater. 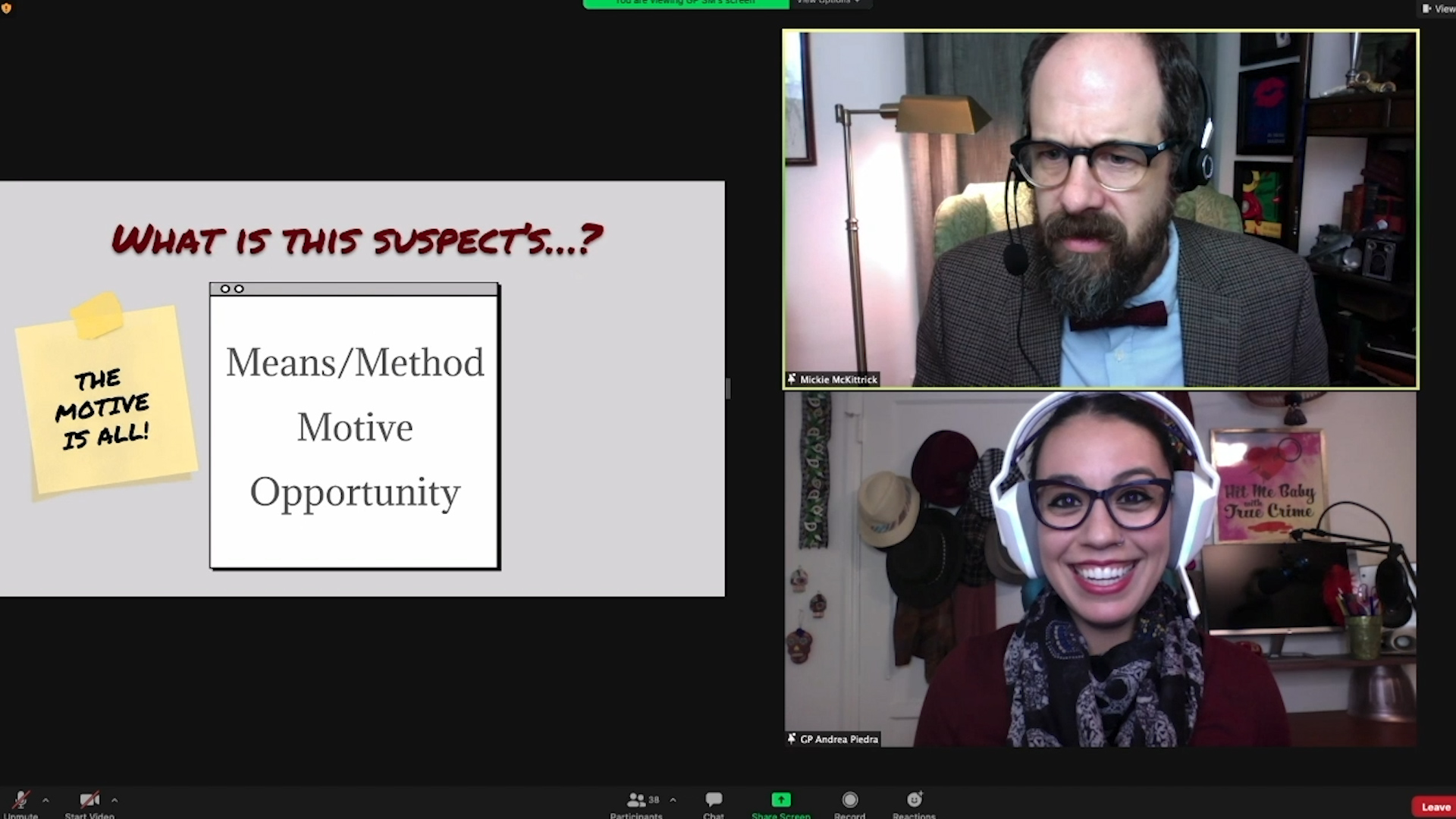