LOS ANGELES — Being the fastest is akin to being a superhero.

Christoph Brown, also known as the Amazing Etch Man, is regarded as the world’s fastest Etch A Sketch artist. Known for creating live portraits within minutes, to Christoph, the Etch A Sketch is not a toy, but a canvas with endless possibilities.

2020 is the Etch A Sketch’s 60th anniversary, and Brown was expecting it to be his biggest year. However, COVID-19 shut down all of his planned events. Toy fairs, comic book conventions and private birthday parties were all canceled, so Brown had to get creative.

“Since COVID, I haven’t been able to do that live so I’ve had to parlay my work into doing things virtually,” he said. 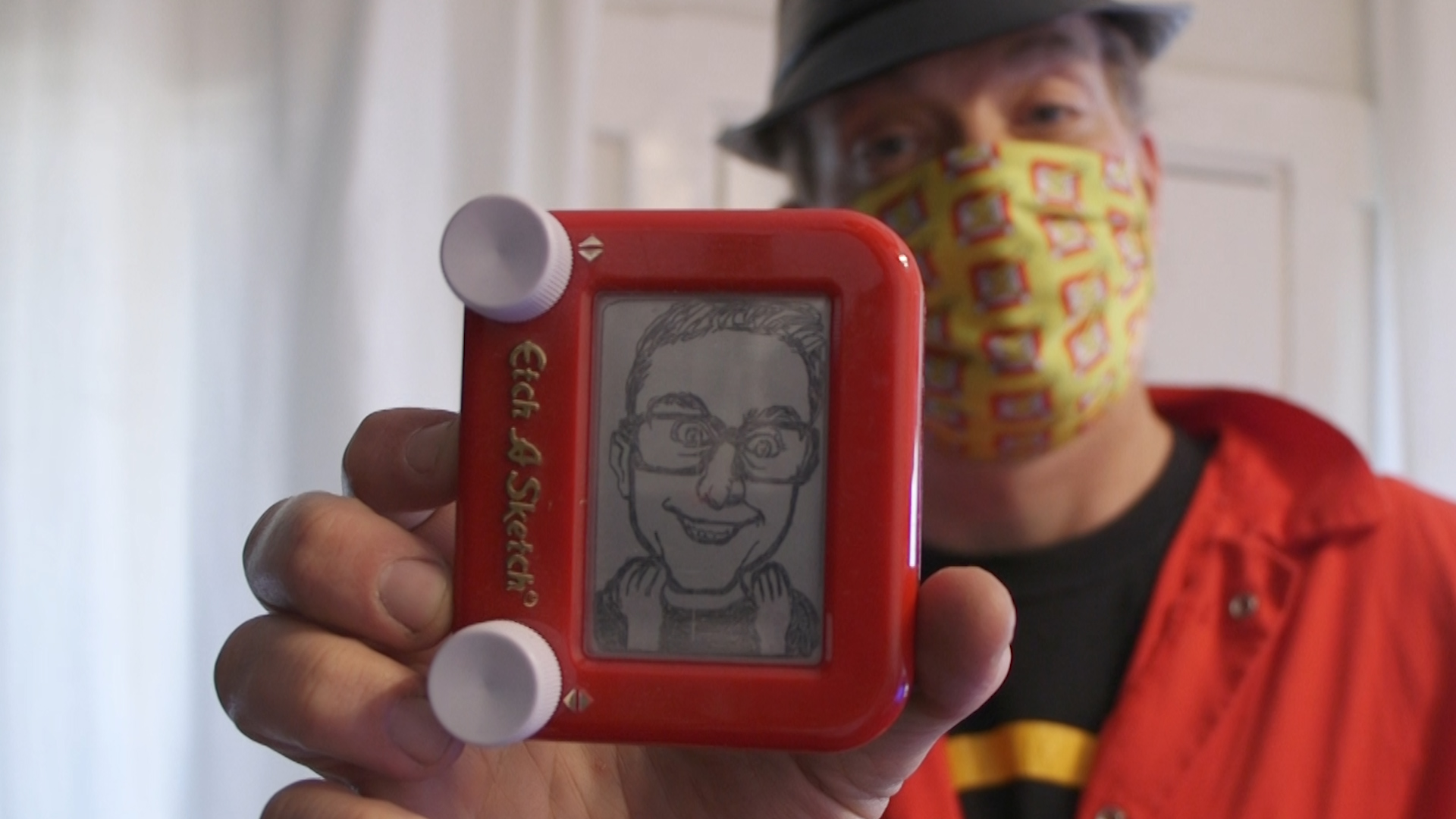 Originally from Oklahoma, Brown moved to L.A. to chase his Hollywood dreams but discovered he had a knack for turning the knobs while sitting in a cafe. Already working in the event industry, he decided to become a full-time professional Etch A Sketch artist. The way he described it, in L.A., you can make a career out of anything.

“No matter if they’re a celebrity at the Oscars party or they are a 16-year-old at a Bar Mitzvah, they love it,” said Brown. “They love seeing themselves being created live in minutes on this little pocket Etch A Sketch.”

Christoph expects live in-person events will be canceled for some time, so while he’s busy attending events virtually, he’s been imagining new ways to turn the Etch A Sketch from nostalgic toy into a viral platform. 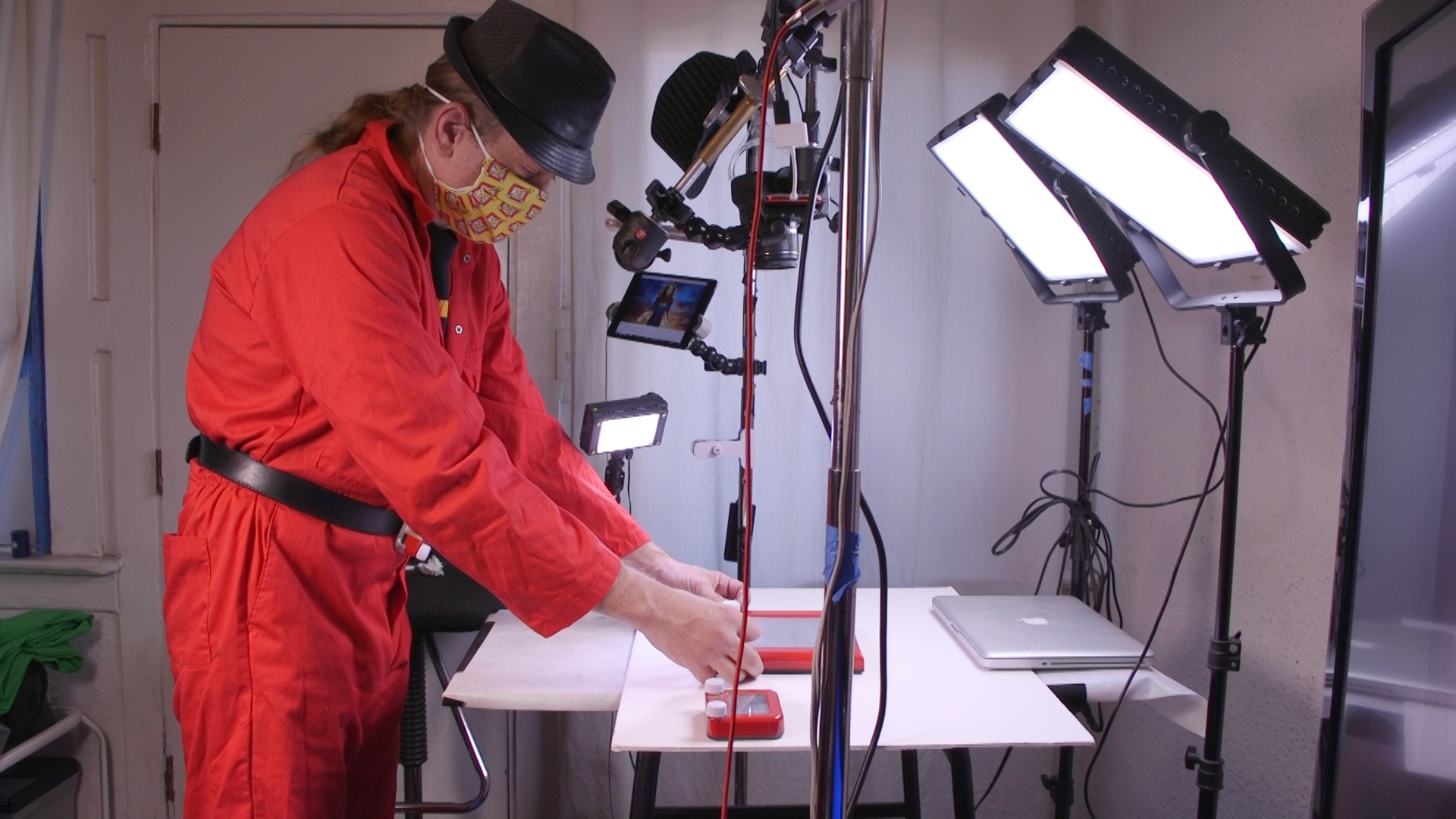 
After 15 years, Brown estimated he’s created over 45,000 portraits and has discovered a community of other Etch A Sketch artists around the world. And despite the pandemic, Brown sees a bright future. 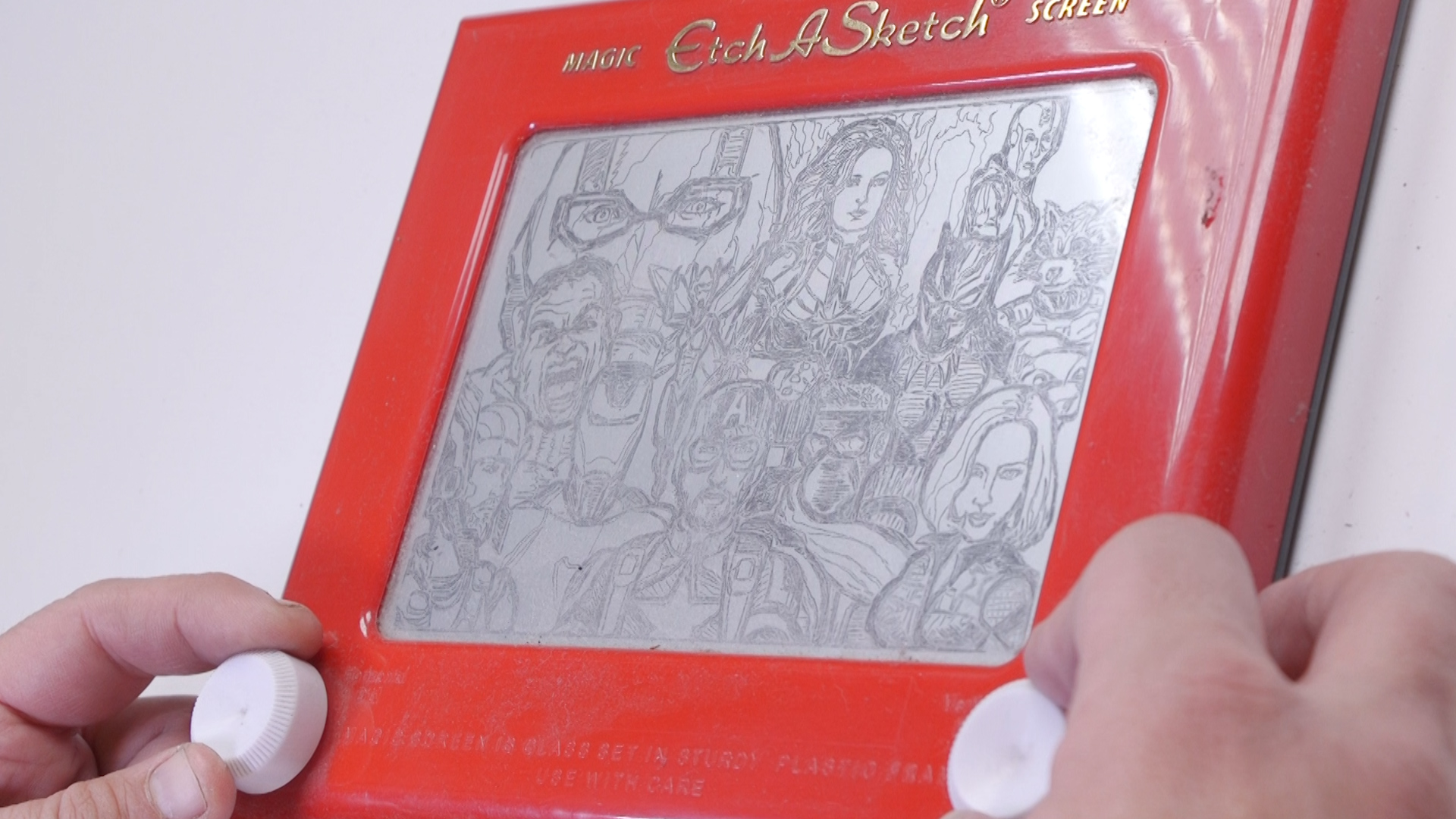 “Etch A Sketch is a metaphor for life and it’s a metaphor for 2020,” said Brown. “You know, when the drawing is not what you want it to be, you shake it up and you redraw it.”

The Amazing Etch Man is here to create your portrait.