LOS ANGELES — For many young students, Black Lives Matter was the first time for them to participate in a social justice movement.

“I made this sign because it’s a question that needs to be asked and it’s such a simple question,” Mumford said. “We’re in a day where, yes, social and the access to technology is amazing, but also we have to remember that we didn’t always have (these) resources and there were so many that just happened to not be filmed.” 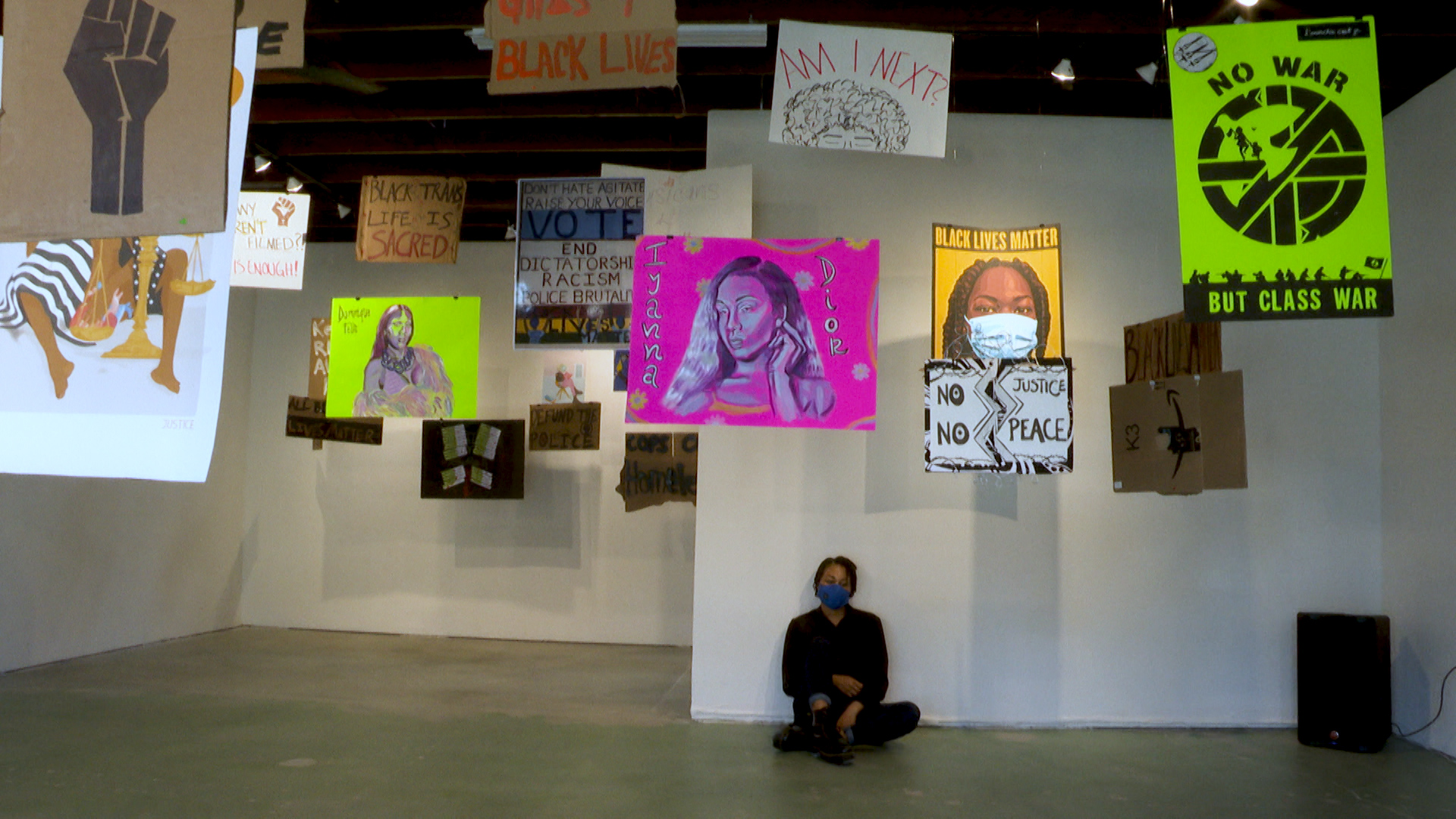 Growing up in the predominantly white community of Pasadena, Mumford always knew she was different. Now living back home while colleges are closed, the deaths of George Floyd and Breonna Taylor, especially, are almost too painful for Mumford to express or understand.

“To shoot someone 8 times, it’s just irresponsible. And for them not to even give those officers consequences is just further proof that Black lives do not matter to so many people and especially to the police system,” Mumford said.

Mumford said the police system needs to change, along with their priorities.

“‘Defund The Police’ to me does not mean abolish the police,” Mumford said.

But not everybody agrees with the message.

“We’re not saying abolish the police,” she said. “Yes, we understand the police have their pros, but at the moment, only their cons are showing so we need to disperse the money.”

Kelsey attended three Black Lives Matter protests in a week and now her sign is part of a window installation at SoLA Contemporary, a nonprofit art space in Windsor Hills. Board member Dellis Frank also has her sign on display.

Protest signs may be political, but so is art. For Mumford, it’s an opportunity to share her message and work with a wider audience.

“What I want for the future is more of my generation to put their foot forward and demonstrate what progressive movements are,” Mumford said. “We are the future. Personally, I want to try to educate all my friends and help them educate their friends because we’re going to be the ones to change everything in the end.”