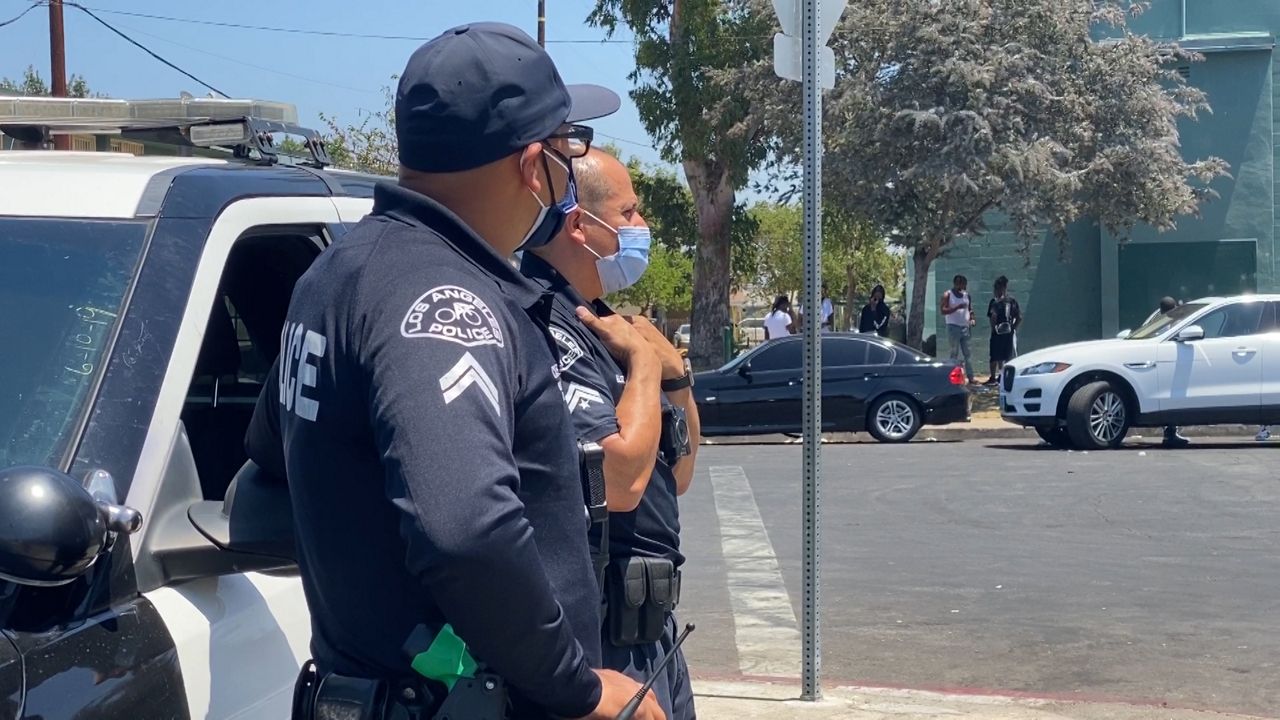 SOUTH LOS ANGELES – Whether it’s a gang intervention or trouble putting food on the table, neighbors in Imperial Courts know they can turn to Sista Soulja for help. The former gang member-turned community organizer is known as the mayor of the 500-unit housing project in Watts.

“I volunteer because I love my community,” said Sista, whose real name is Cynthia Mendenhall, on a recent afternoon in the projects. A block away, two cops with LAPD’s Community Safety Partnership Program – or CSP – sat in a patrol car.

CSP officers are directed to focus on creating relationships in communities like Imperial Courts, easing decades of tension between the LAPD and some of the toughest neighborhoods in L.A. They take neighborhood kids to the beach, create youth sports teams, organize father-daughter dances and mentor.

“CSP helped my granddaughter get into college in Louisiana,” Sista said, noting they’ve done a lot of good in Watts, but she still supports the movement to “Defund the LAPD” if it means more direct investment in the community.

“Yes, I agree about taking money from the LAPD, bring it to the community where the people need it,” she said, pointing out the nearby Watts Empowerment Center, where every week the non-profit RedEye keeps the community clothed and fed. Organizers say they don’t get a dime of funding from the city.

“That’s what Emada was about,” Sista said – referring to LAPD’s new Deputy Chief Emada Tingirides. Tingirides was a CSP officer in Imperial Courts. Now, she’s heading up LAPD’s new bureau dedicated to expanding the program to more neighborhoods in L.A.

During her time in Imperial Courts, the two women formed a friendship that lasts to this day.

“She cried on my shoulder,” Tingirides said. “We’ve been through a lot together while working in the community."

The new bureau’s success will depend on whether the next generation of CSP officers can create those kinds of community ties.