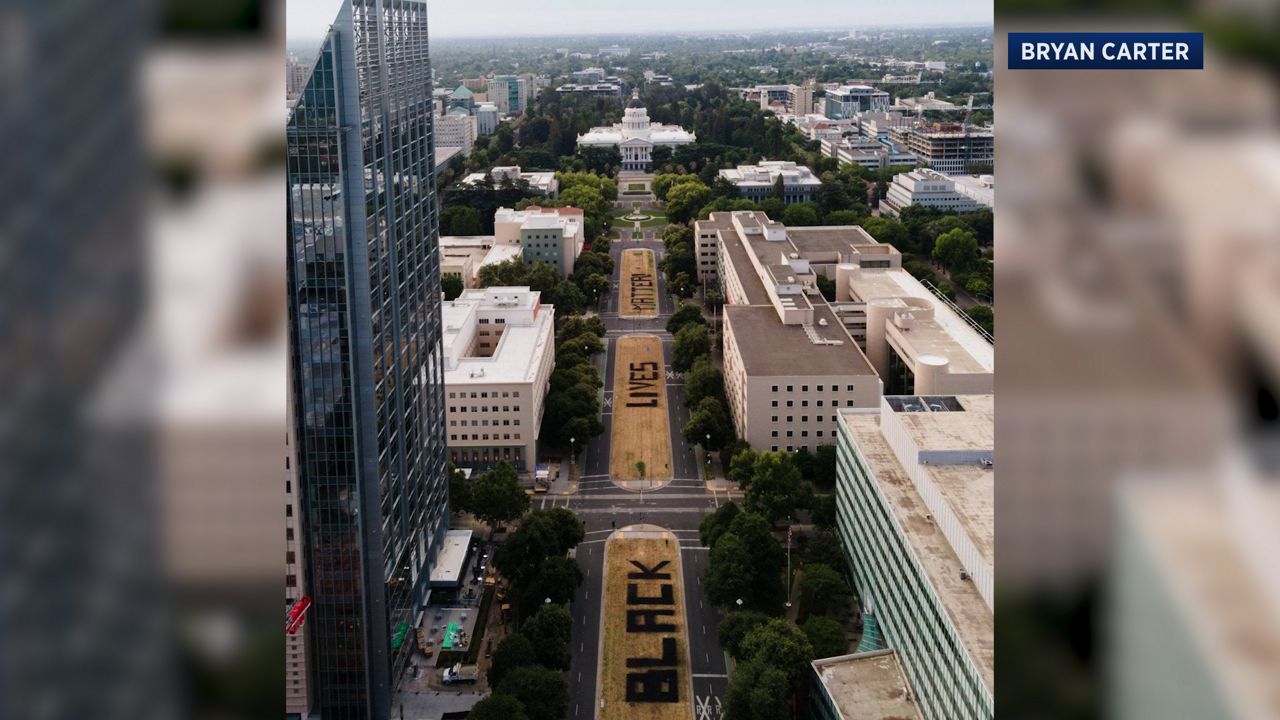 SACRAMENTO – After the words "Black Lives Matter" were painted on a street near the White House in bright yellow letters, a Sacramento City Councilman collaborated with a local artist to do something similar near the state capitol.

With nothing but black paint and an army of volunteers, Demetris BAMR [Becoming a Man Righteously] Washington, wrote the three words in bold black letters on the strip that leads to the California State Capitol.

“We’re making a statement. Hopefully it’s seen and heard and felt the right way. Hopefully the energy that’s received from this whole action is positive – nothing negative,” said BAMR, a Sacramento artist.

“I’m hoping that a lot more people will become awakened to the fact that people are hurting,” BAMR explained. “There might be people who don’t understand the pain behind it, and I’m hoping that this might help bring a better understanding.”

BAMR says he hopes the statement sends a message of strength and resilience to the community, and for California lawmakers, a reminder of the need for systemic reform.

“[They] literally put their stamp into Capitol Mall to show the policymakers at the state house and at city hall that we’re serious and we want to continue to make change,” said Sacramento City Councilman Steve Hansen.

Hansen approved the community project, which BAMR said was completed within 5 hours thanks to the more than 300 people who responded to his call for help on social media.

“I feel like with the peaceful protests that are going on and all these messages that we’re sending – that actual change will come about soon,” said Tara Alahdadi, one of the volunteer that helped prepare the lawn for painting.

Though grassroots efforts like these, BAMR, hopes to unify the community and remind everyone that Black Lives Matter.

“Hopefully people take more action like this in their own neighborhoods – in small scales –legal ways. Nothing illegal, you know, don’t go graffitiing on people’s buildings,” added BAMR.