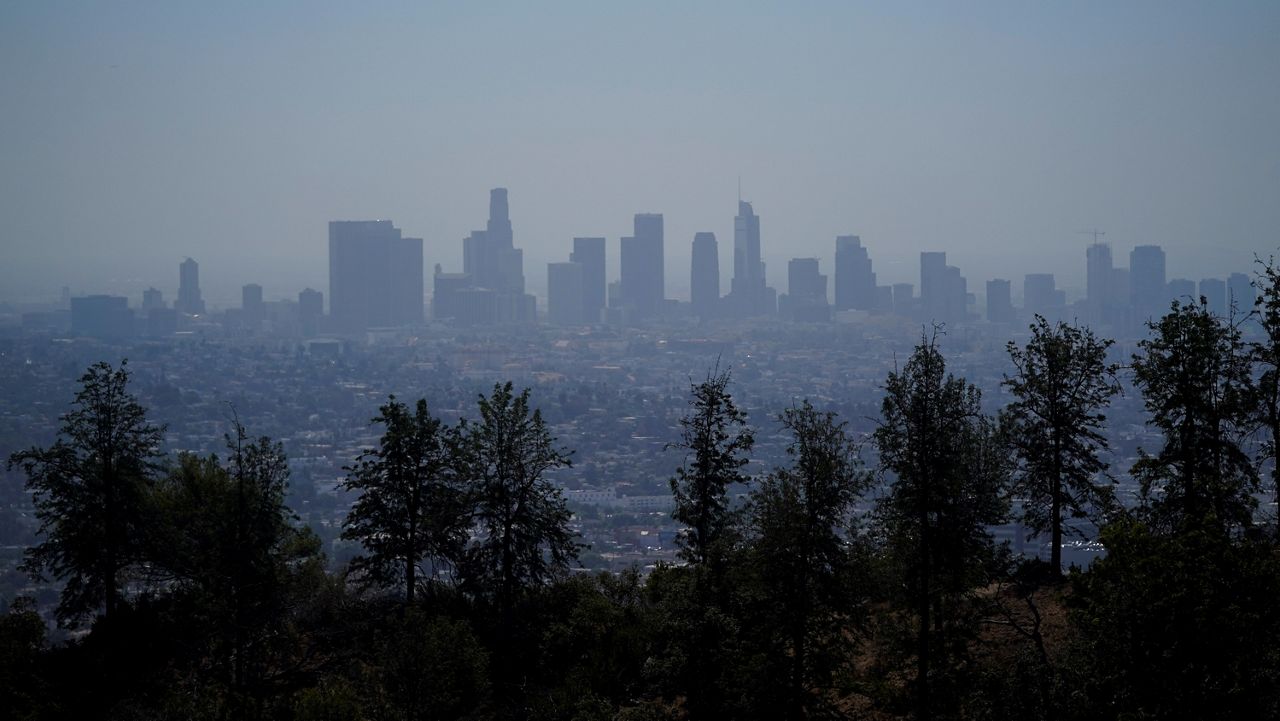 EDITOR'S NOTE: Multimedia journalist Kristopher Gee spoke with a member of the LA County Fire Department lifeguard division about ways to stay safe during the heat wave. Click the arrow above to watch the video.

LOS ANGELES (CNS) — With electricity demand reaching record levels due to a drawn-out heat wave, the Southland and state moved to the brink of rolling power blackouts Tuesday as the manager of the power grid called for maximum conservation efforts by residents.

The California Independent System Operator extended a Flex Alert until Tuesday, urging residents to take all possible measures to conserve electricity during the peak hours of 4-9 p.m. for the seventh consecutive day.

To drive home the demand, alerts were sent to cell phones across the state urging people to "conserve energy now to protect public health and safety," and warning that "power interruptions may occur unless you take action."

"As the state faces the hottest day in this prolonged, record-breaking heat wave, grid conditions are expected to worsen," according to the power-grid manager. "If needed, ISO could order utilities to begin rotating power outages to maintain stability of the electric grid. If that occurs, consumers should expect communications — either phone, text or email — from their utilities notifying them of outage areas and likely durations."

If energy reserves are exhausted, the ISO would instruct utilities in its service area to manage rolling blackouts. Utilities make the determination of how best to spread and rotate the outages across their service territory, with the goal of keeping them as short as possible.

"Outages are a significant inconvenience to those affected, but it's preferable to manage emergencies in a controlled manner rather than let it cause a wider spread, longer lasting disruption," according to Cal-ISO. "Power interruptions are kept as brief as possible and utilities rotate them through their customer base so that no one area has prolonged outages. Utilities make the determination of how best to spread and rotate the outages across their customer base, with the goal of limiting their duration as much as possible."

Cal-ISO officials said calls for conservation have paid off so far during the heat wave, with no power interruptions occurring.

Consumer and commercial demand response, including Flex Alerts, has been helping to extend tight resources over the past week, with a load reduction of around 1,000 MW for each of the past several days.

During the Flex Alerts, residents are urged to take the following power-saving steps:

Residents were also advised to pre-cool their homes as much as possible and close blinds and drapes to keep interiors cool.

Southern California has seen temperatures soar above 100 degrees every day since last Wednesday, with little relief in sight until at least Friday.

Overnight lows are not offering much relief either, staying in the 70s and even in the low 80s in some of the hotter areas.

Monday's high temperatures reached 101 in downtown Los Angeles, 105 in Pasadena, 109 in North Hollywood and Santa Clarita, and 110 in Van Nuys and Lancaster.

Excessive heat warnings across most of the region that had been set to expire Monday or Tuesday were extended through 8 p.m. Friday for Los Angeles County beaches, the inland coastal area including downtown Los Angeles, the Santa Monica Mountains and the San Gabriel, San Fernando and Santa Clarita valleys. The warnings will be in place until 8 p.m. Thursday in the Los Angeles County mountains and Antelope Valley.

The excessive heat warning was extended until at least 8 p.m. Friday for Orange County coastal and inland areas, including valleys in San Bernardino and Riverside, and the Santa Ana mountains and foothills.

"A prolonged period of very hot conditions with minimal coastal clouds is expected through much of this week as high pressure aloft remains anchored over the West," according to the National Weather Service. "Triple-digit heat will be common for many valley and mountain locations with a very high risk of heat illness."

"Drink plenty of fluids, stay in an air-conditioned room, stay out of the sun, and check up on relatives and neighbors," the NWS urged. "Young children and pets should never be left unattended in vehicles under any circumstances."

Forecasters also urged residents to be aware of the signs of heat stroke and to take precautions.

According to the NWS, a cool-down is expected by next weekend, including "a chance of showers and thunderstorms for all areas."