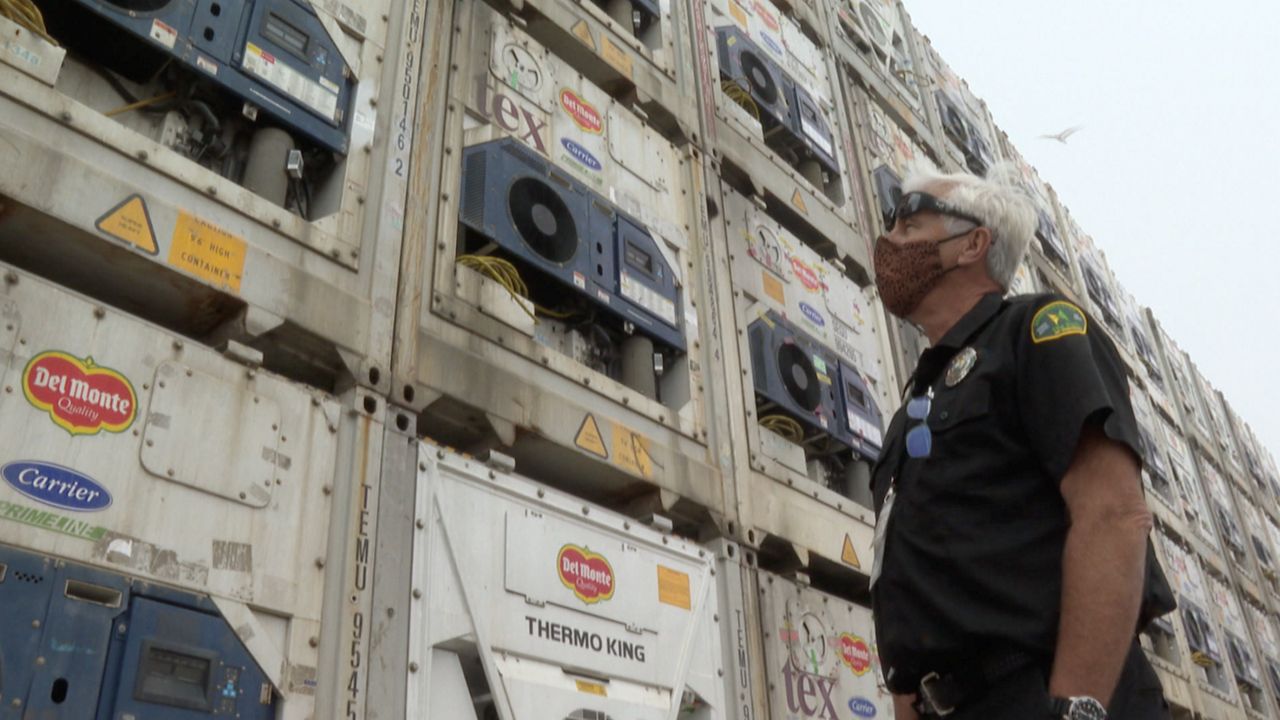 OXNARD, Calif. — During the supply chain crisis, attention has mostly focused on the Los Angeles and Long Beach ports, but a Ventura County Harbor has begun to pick up some slack with the help of a naval base.

With almost 20 years of experience, Tony Ryan is the harbormaster supervisor at the Port of Hueneme and said the port is busier than ever.

Produce is the other big commodity at the Port of Hueneme, much of which needs to be refrigerated. They needed to bring in an extra mobile generator because they were maxed out on outlets.

"All these fruits are getting to market and we're making money," Ryan said.

The port started accepting more imports to ease some congestion, including furniture, clothes and electronics.

"This is new cargo that we're seeing that's coming in here. We're absorbing some of the stuff that LA can't support," Ryan said.

Kristin Decas, the port's director and CEO, does not consider Hueneme small unless it is compared to LA and Long Beach. Even then, there are some advantages.

"If you look at our gate it's pretty fluid. You're not going to see lines of trucks trying to get into our gate," Decas said.

Some container ships bound for San Pedro are physically too big to dock at the Port of Hueneme, and the ships that do come are arriving much fuller. There's no need to worry if 120 acres are not enough to store everything they are carrying. The port made a deal with neighboring Naval Base Ventura County to use one of its wharves.

“Certainly, we’re not the end all solution to this problem, but we can put in a dent in a rather large problem,” Decas said.

Even at the end of a record-setting year, growth at the Port of Hueneme can continue as long as containers, ships and trucks don’t back up.

The joint use agreement between the Port of Hueneme and Naval Base Ventura County was established in 2002. There is an option to renew and continue this partnership for several more years in 2022.