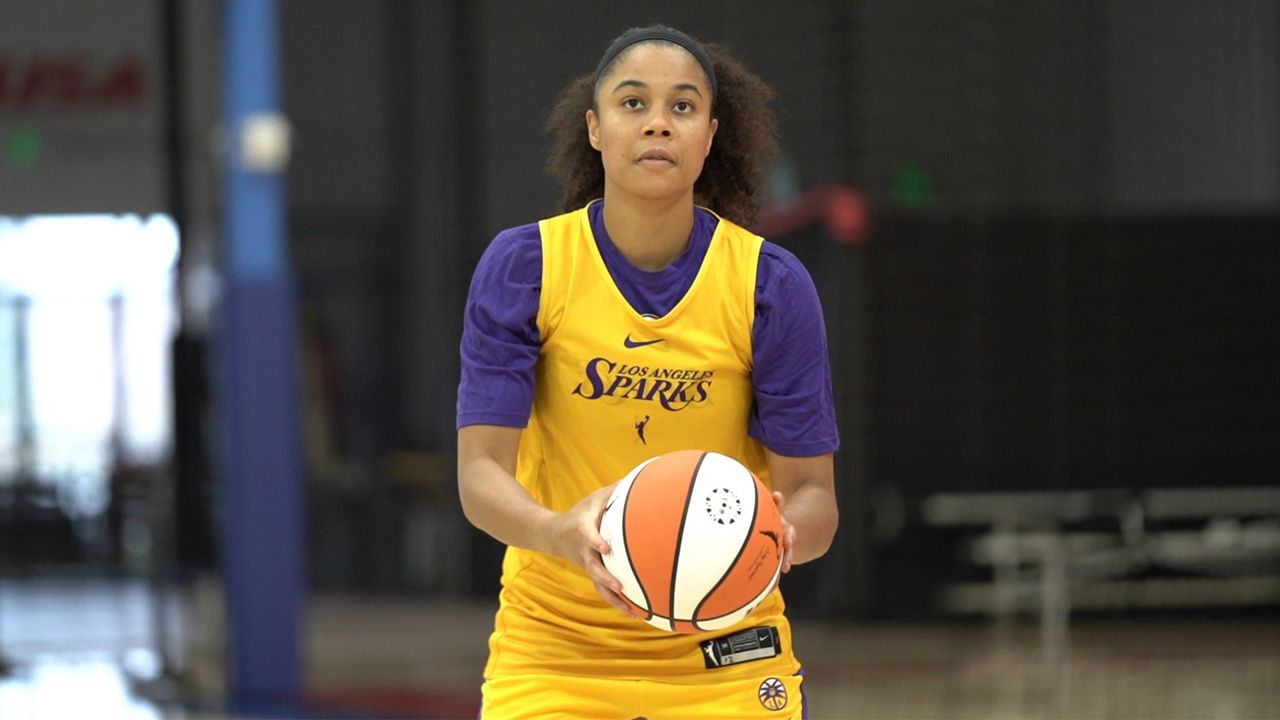 Nia Coffey making history in LA, along with brother, Amir

LOS ANGELES — Nia Coffey is the middle child of the Coffey children, all of whom became basketball stars. Her father, Richard, played in the NBA. So, Nia and her siblings knew the importance of the game.

“Understanding how basketball could take us if we took it seriously at a young age,” Coffey said.

She’s now in her first season in Los Angeles with the Sparks. It’s been a long journey. Coffey arrived in LA, joining her fifth team in five years, but so far, she’s earning her place in the team, thanks to hard work.

“Staying steady. Not getting too high about the highs or too lows about the lows,” she said.

Even though she’s still finding her fit with the Sparks, she’s already made history in LA. Nia, along with her brother, Amir, of the LA Clippers, are the first siblings ever to play in the same city in the WNBA and NBA, respectively. Coffey gets how cool it is but she knows it doesn’t matter if she doesn’t perform

“I need to do what I need to do, day in and day out to help this team and if it happens to come together and we can do this thing and I play in the same city with Amir, you know God has a great plan for us,” she said.

Still, she says she will sneak out to Staples Center a time or two to cheer on Amir during the Clippers playoff run.

“Oh yeah of course,” Coffey said. “I mean I can’t miss that opportunity. So, just gotta kind of get our schedules kind of lined up.”

Though, her main focus is the Sparks playoffs goal despite an offseason of transition. This is the 25th anniversary of the Sparks and the WNBA. She believes the women’s game will continue to grow as long there’s an investment in it.

“We’re starting to see that more people are getting interested,” Coffey said. “Well why is that? We’re more available on TV or getting more engagement on social media. So, making sure we get that exposure and show people what we’re about.”

As her brother Amir fights through the playoffs, Nia Coffey is also looking to provide her own spark to LA basketball.