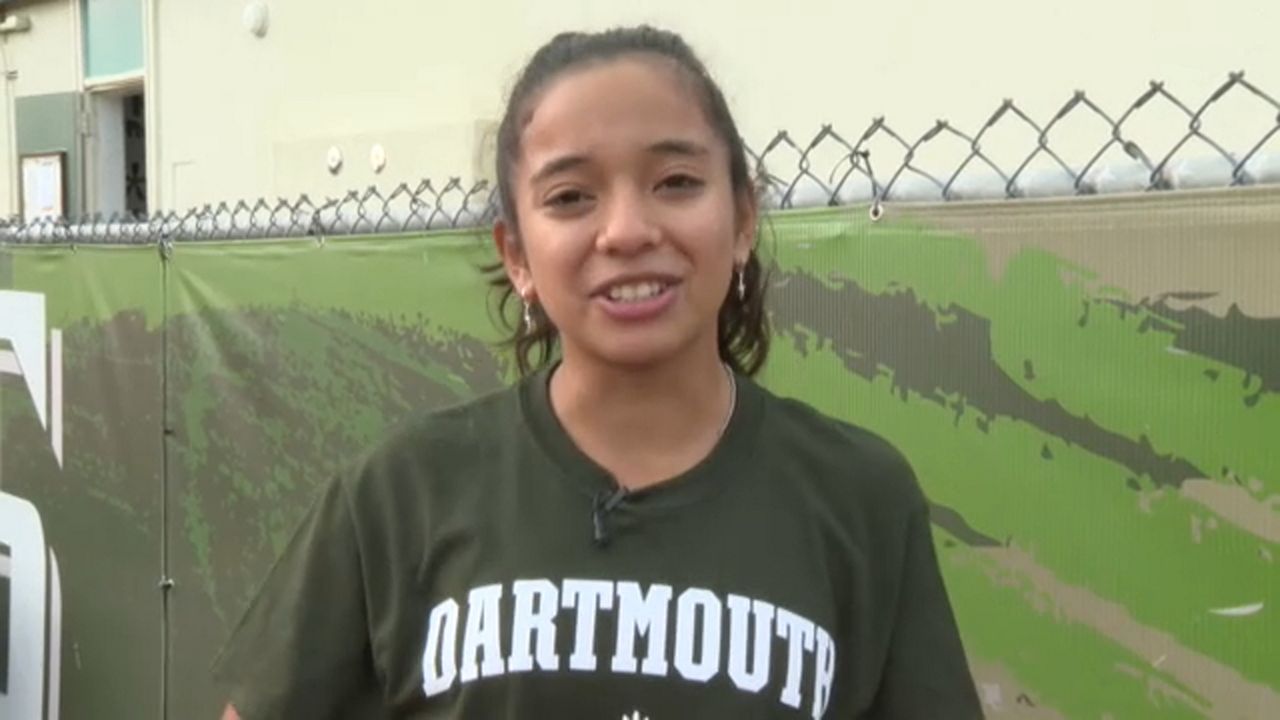 LOS ANGELES — From the laces on her feet to the lightning bolts in her ears, Granada Hills Charter senior Sofia Abrego is a runner through and through.

The sport has been a central part of her life for as long as she can remember.

"I have a twin brother and we played soccer and basketball, but one day we decided to try track and field and cross country," she said. "We were 7 years old and we stuck with it ever since, so we've been running for 10 years now."

And while most athletes tend to shy away from running as a whole — being on the track and gearing up for a run is Abrego's favorite part of the day.

"It's not necessarily what most people would consider the funnest sport," Abrego admits.

"I think that's why I like it so much," she continued, "because it's something most people don't enjoy, so when I do, it's like I'm special."

Ask her coach, Johnny Wiley, and special might be a bit of an understatement.

Abrego has been a City Section champion in five different races, two in cross country and three in track and field, plus a state qualifier four different times in her young career.

To Wiley, watching her grow as a runner has been a privilege.

"She runs with such a level of grace and ease and just so technically sound that for someone who is 17 years old, you don't see often," he said.

But what's so special about Abrego goes beyond the track or the trail.

It's a work ethic that translates into the classroom as well.

"I would argue she's probably as good a student, if not better than she is as an athlete," Wiley said. "And that says a lot for all she's accomplished so far."

To the high school senior, academics have always come first. Sure, she loves to run, but Abrego has long had a unique perspective on what it means to be a student-athlete.

It's a mindset that's led her to a promising future.

Next spring, Abrego will graduate from Granada Hills Charter and head to Dartmouth College — something she still can't help but smile about.

"I am just so proud and excited," Abrego said. "I never imagined I'd get to a point with my running where I could commit to a school, especially an Ivy, and be able to run for them."

And yet, here she is, continuing to put one foot in front of the other and excelling along the way.

CORRECTION: An earlier version of this story incorrectly referred to Dartmouth College as Dartmouth University. This has been updated. (Nov. 15, 2021)