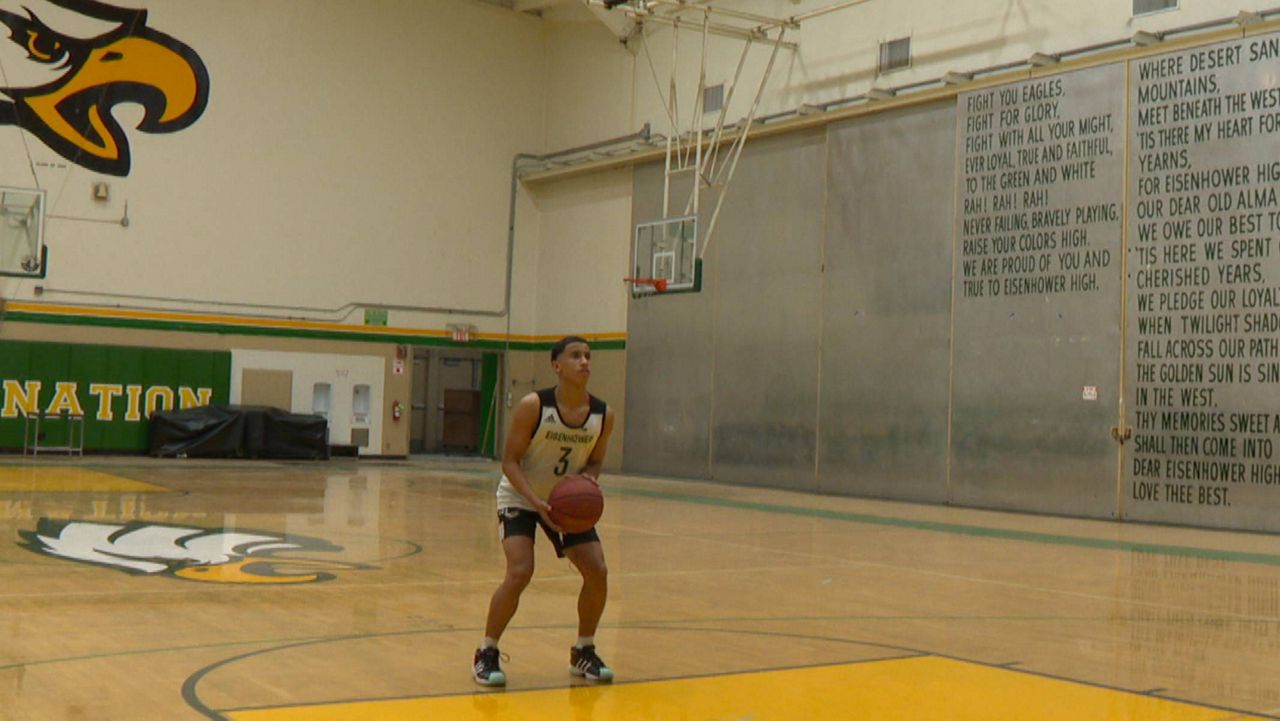 Eisenhower's Justin Edwards is a baller on the court, a scholar in class

RIALTO, Calif. — A word to describe Eisenhower High School senior, Justin Edwards, would be focus. His drive and determination translates from the classroom to the basketball gym where another word remains in a constant loop in his mind.


“Winning. I am a born winner. That’s all I care about," Edwards said. "My future is always in my head. I’m just trying to get stuff done.”

His work ethic has long been a part of who he is because of the challenges he has faced in life.

“There’s been times where we didn’t have anything. We didn’t have food, had to line up in food drives and get our next meal," he explained.

The only option for him was to keep going and to keep reaching. Edwards’ drive has even been impressive to head basketball coach Jonathan Cheney. In the 25 years of coaching youth basketball, Edwards has stood out.

“For one, it's his dedication. He’s very determined," Cheney said. "He’s already to me like a college student on his time management.”

Asked to describe Edwards in one word, Coach Cheney said the senior player is “the professor.”

“He’s very tedious on everything, it has to be right," Cheney said. "I mean I remember one year, he got a B and he was so pissed. I was like, you (are) alright you got one B. He was like, ‘No, I want all A's, that’s not my standard.’”

Edwards’ high standards move from his role on the court to the classroom where he holds a 4.1 GPA and is a fixture on the principal's honor roll.

For Edwards, working harder means setting an example for others.

“I hope they’re seeing a person that is trying to help people see their potential," Edwards said. "That’s what I want people to see in me so it can help them be the best version of themselves.”

He is a baller and a scholar who is setting a standard.