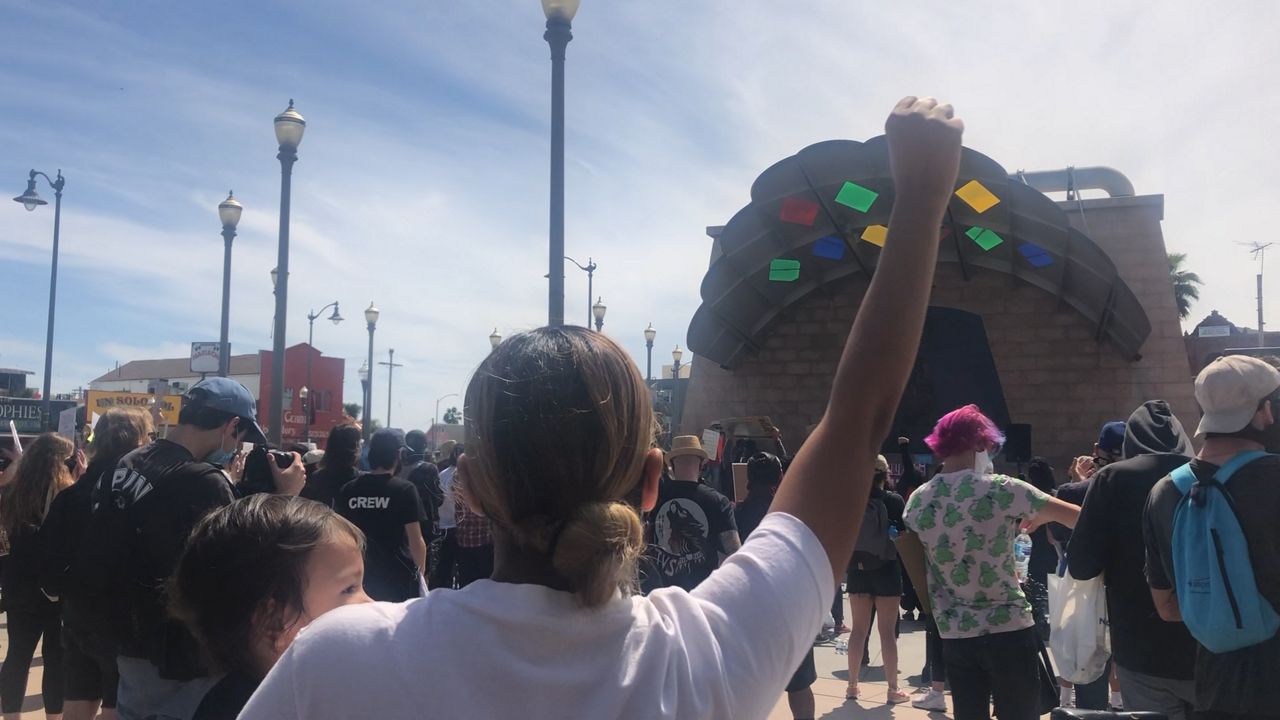 LOS ANGELES – It has been nearly three years since Evelia Granados’ brother, Cesar Rodriguez died after an incident with police.


“I really don’t look right there, just you know, it’s heartbreaking. It’s just sad,” Granados said as she overlooked her family’s at-home memorial of her brother.

Despite her pain, she has been fighting for justice in his name ever since. According to the Long Beach Police Department, Rodriguez failed to pay his fare at the Metro Blue Line’s Wardlow station on August 29, 2017.

When a Metro Fare Compliance Officer tried to detain him for the nonpayment, a struggle ensued with both the officer and Rodriguez falling onto the platform leading to Rodriguez’s body becoming pinned between the oncoming train and platform. Rodriguez later died from those injuries. The incident remains an active case as the family continues to grieve his loss.

“We’ve seen the autopsy, it says he went through trauma, through his whole body. I can’t even imagine what my brother felt or what didn’t he feel in those moments being alone,” Granados said.

Granados’ family is one of many that came to the Mariachi plaza in Boyle Heights to protest against police brutality and share their family’s story in hopes of creating change for their community. Protesters began chanting “black lives matter,” “I can’t breathe,” and carried signs asking to stop “police terror.”

Protesters at the event said they were seeking justice for the recent deaths of George Floyd, Ahmaud Arbery, and Rodriguez, along with other families in the community. Granados said her community can’t stand to see any more deaths from what they see as police brutality.

“We have to stand, uniting as black and brown. It’s time for us to say 'That’s it,'” Granados said.

Granados hopes that by sharing her brother’s story and standing up for others peacefully during this time, her community will finally find the change they are desperately seeking.

Since some protests erupted into violence Friday, Mayor Eric Garcetti has announced a nightly curfew for the City of Los Angeles.

Tonight is about keeping our people and neighborhoods safe.

We now have a citywide curfew in place. Angelenos, please stay home. pic.twitter.com/mLWqBVlpPR

But the protest at Mariachi Plaza, which was organized by the National Alliance Against Racist & Political Repression and the Centro Community Service Organization, was peaceful.