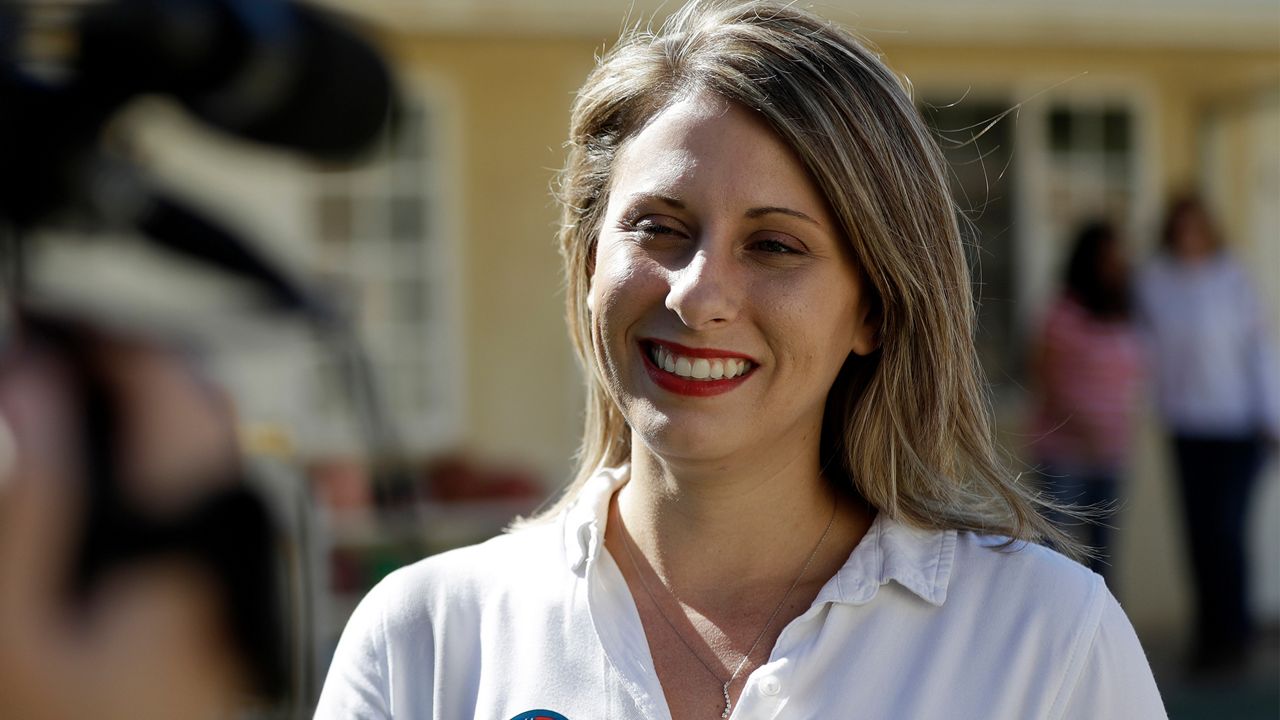 LOS ANGELES — Former Rep. Katie Hill, D-25, continues to fight the tabloid that published private photos of her in the nude in October of 2019. The release of the images led to the congresswoman’s resignation, derailing a promising career.

Hill said this battle isn’t just for her, but for all women who wish to seek a position in the public eye.

Once a rising star in California and national politics, Hill abruptly resigned from Congress 18 months ago. "The Daily Mail" had posted nude photos of her and the House Ethics Committee had begun investigating reports that she had an inappropriate sexual relationship with a staffer.

“It barely felt like I was able to leave my own apartment let alone serve in a public-facing role after that,” Hill said.

Last month, a Los Angeles judge dismissed her lawsuit against "The Daily Mail," saying the images were matters of “public interest” and that the news organization had a first amendment right to publish them.

In an interview with Spectrum New 1’s “Inside the Issues with Alex Cohen,” Hill shared her deep disappointment with that decision.

“It feels terrible. It feels like there was a lot that was moralistic in it right which never feels good,” Hill said.

At the time, Hill’s lawyer indicated they would appeal the case to the appellate court. But USC Professor Michael Overing who specializes in censorship and First Amendment issues, defamation, legal communication and internet law, said the former congresswoman does not have many legal options left.

“She’s got a tremendous uphill battle. This is one of the times where the first amendment is going to give real protection to any of the publications because it’s newsworthy,” Overing said. “The information is accurate; it’s truthful and we don’t have grounds to suppress it.”

Fourty-eight states have some laws against cyber exploitation but in most cases, successful prosecution includes putting the burden on the victim to prove the accused had ‘intent to harm.' On top of that, state laws across the country do not have a uniform way to approach the issue in court and Overing foretells more challenges against these laws in the future.

Right now, Overing said winning can be a difficult feat and can be costly, as born out by Hill’s experience.

“I’m going to run out of money. I am. I’ve racked up a ton of debt on it, unfortunately,” Hill said. “I’ve come to the point when I’m talking to younger girls or women who are thinking about it, I’m like, ‘We don’t know if this is the reality that we’re going to deal with,’ and if that’s the case, what are we going to be advising that people should just release their own nudes preemptively because we might as well? And I don’t know, maybe that is the answer. I don’t think that that is what the expectation should be for someone who runs for office.”

Hill visited Washington this year lobbying for the Equal Rights Amendment and Violence Against Women Act. The latter includes an amendment Hill has been advocating for: the SHIELD Act. It would make the posting of non-consensual material online illegal. It would trump state laws and be a federal crime regardless of the scenario. Overing doubts the SHIELD Act could survive a legal challenge because it could mean suppressing something of public and “vital concern.”

But that’s a battle the former congresswoman said is worth the fight.

“When we have a federal statute, and this is extremely important, it shows that this is a crime. Period,” Hill said. “It’s not going to help me, right? It doesn’t work retroactively. But it is possible to help people in the future.”

Hill’s case sparks a renewed debate about federal legislation banning cyber exploitation, and as the issue grows with Hill’s ongoing battle, movie rights have been purchased to tell the former representative’s story.

Hill said the actress Elisabeth Moss has been tapped to play her role.