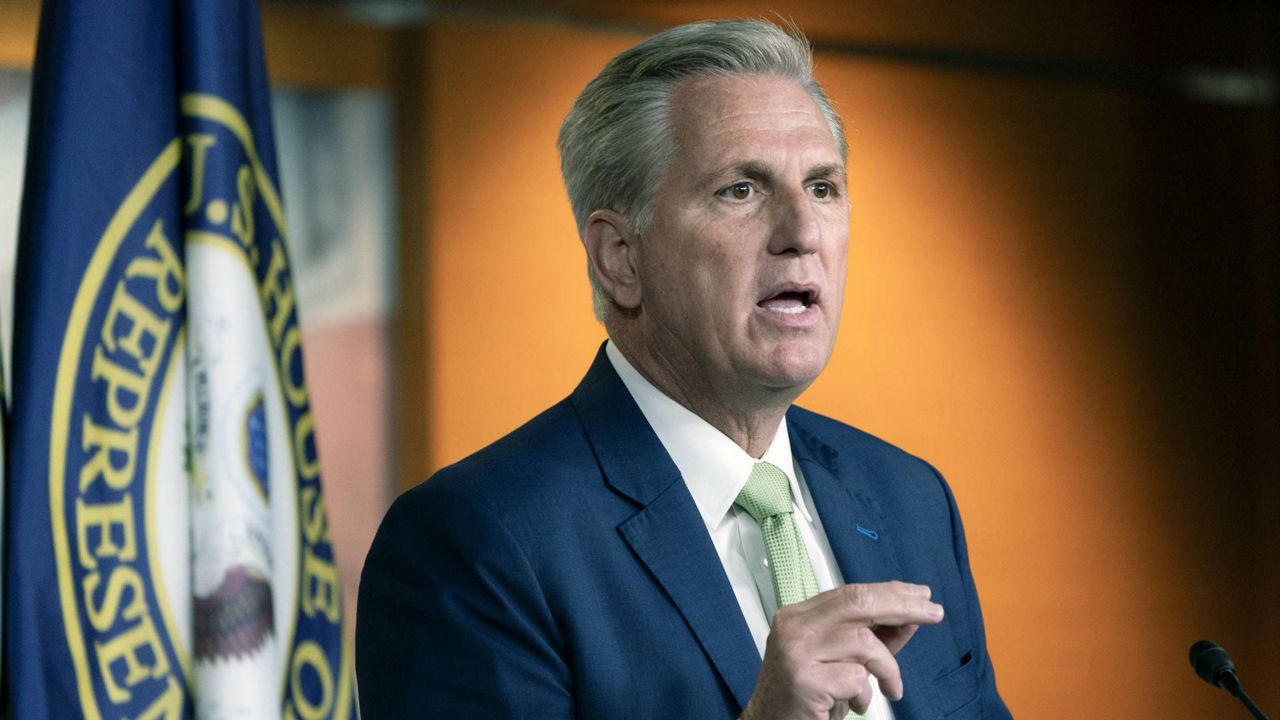 LOS ANGELES — President Joe Biden is set to lead a global discussion with dozens of world leaders, including Chinese President Xi Jinping, on the climate crisis this Earth Day.

Ahead of Biden’s summit this week, top GOP House members laid out their proposals aimed at what they call “conservative solutions for a better climate.”


According to House Minority Leader Kevin McCarthy, R-Bakersfield, their solutions include promoting innovation, investing in clean energy infrastructure, and outlining initiatives in natural solutions and conservation.

One climate activist, Bryn Lindblad — who has dedicated 12 years to working on climate — noted that it’s hopeful to see dialogue on climate from both sides of the aisle.

Lindblad is the Deputy Director at Climate Resolve where she strives to reduce climate pollution and prepare for climate impacts. She commends President Biden’s efforts to prioritize climate, especially as the state nears wildfire season.

“The data is clear: It’s getting hotter,” Lindblad said. “Wildfires are getting more frequent and more severe. Flooding happens. We have flashier precipitation happening, which affects our water quality supply.”

President Biden is eager to show the U.S. is reversing former President Donald Trump’s rollback of environmental regulations and is again committed to lowering carbon emissions. Biden signed an executive order on Day 1 to rejoin the Paris Agreement.

“In my view, we’ve already waited too long to deal with this climate crisis, and we can’t wait any longer. We see it with our own eyes. We feel it. We know it in our bones, and it’s time to act,” the president said.

But Republican leaders have said rejoining the Accord puts American jobs at risk. Their counter-climate messaging campaign called the Energy Innovation Agenda, this week, touted energy innovation policies and energy infrastructure as drivers of emissions reductions. They made the case in a series of bills and videos that they can balance the economy and environmental sustainability through policy while dismissing carbon taxes.

McCarthy has made clear the Republican Party no longer denies climate issues. GOP bills introduced on climate include the Forestry Education and Workforce Development Act of 2021 that would authorize $20 million in education grants for colleges and vocational schools to enhance their forestry programs and recruitment and other bills that could expand natural climate solutions such as reforestation.

“Introduced in Congress is what I call the Green New Disaster,” Bassaro said.


But Democrats, like Sen. Alex Padilla, D-Calif., said the resolution would offer an aggressive once-in-a-generation opportunity to build back more sustainably. The Green New Deal would eliminate greenhouse gas emissions within a decade and transition away from fossil fuels.

“My home state of California has long led the country on climate policy and on innovating clean energy solutions that create good jobs and grow the economy,” Padilla said.

Lindblad agreed California has been a leading force on climate with an executive order in the works that directs the state to require all new cars and passenger trucks sold in-state be zero-emission by 2035.

“What we’re facing in the future is not the same in the past,” Lindblad said.

From public transit to electric vehicles, Biden has set aside about $1 trillion in his Infrastructure Plan that will contribute to cutting greenhouse gas emissions. At or before the summit, he is expected to announce a new target under the Paris Agreement that would commit the U.S. to a 50% emissions reduction compared with 2005 levels, by 2030.