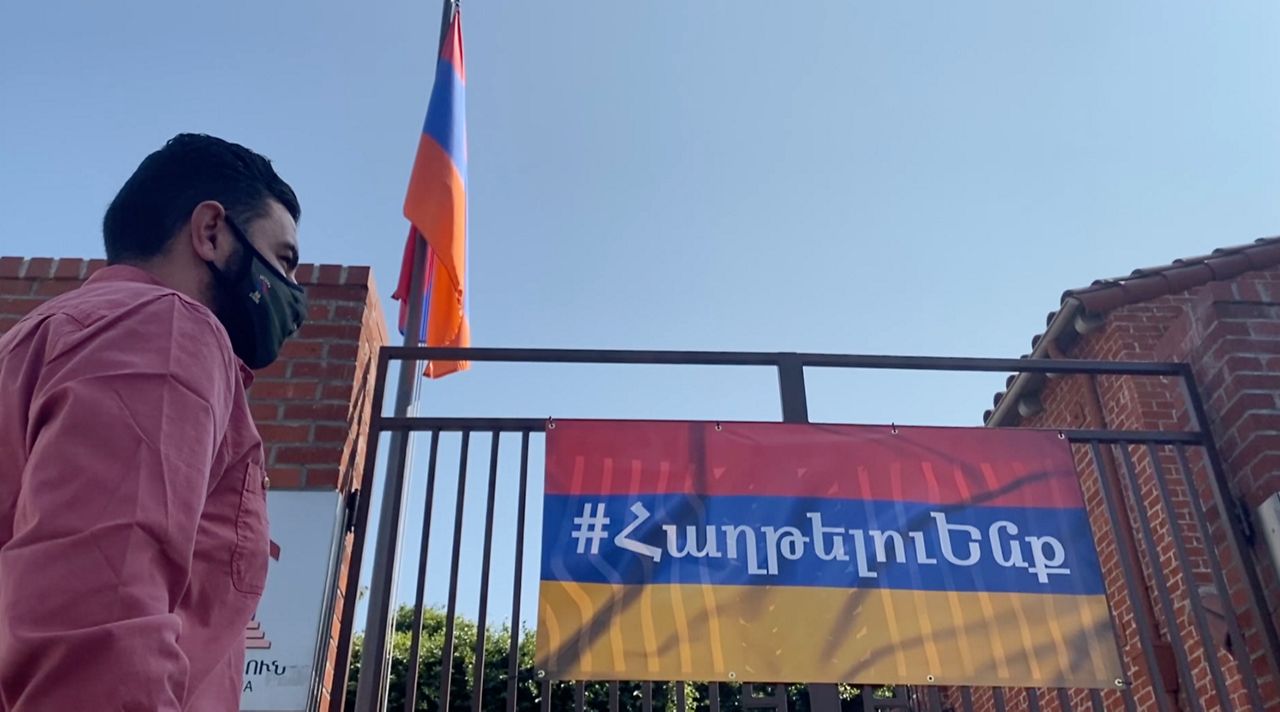 "Every Time a Bomb Falls, We Are Losing a Piece of Our Culture." SoCal Armenians React to Conflict

GLENDALE, Calif. – Protests have erupted around Los Angeles in response to the conflict between Armenia and Azerbaijan. SoCal is home to the largest Armenian population outside of Armenia and many locals have direct ties to their home country.

While walking around Glendale for example, you’ll see Armenian flags flying high and you’ll hear conversations in the native language at coffee shops and restaurants. Joe Kazazian has lived there his entire life.

“We made this our own little Armenia,” he said

Even the Armenian Consulate is in Glendale. But the local resident says this tight-knit community is dealing with the worst right now. Kazazian flips through photos and videos on social media that he explains is showing the aftermath of Azerbaijan and Turkish bombings, which he says makes him emotional.

“It’s a war-zone out there and nobody is doing anything about it. If you know anyone who is Armenian, just know they are going through hell right now. I mean forgive me, it’s very difficult to talk about. Every time a bomb falls, we are losing a piece of our culture and losing a piece of our population,” said Kazazian.

Not only does he feel for his community as a whole who have loved ones that still live there, his own nephews are fighting on the front lines. Kazazian’s family has not been able to contact one of them in weeks.

“The last contact we had is that he is OK and that there is fierce fighting going on. This is the story that is common to every Armenian family. They know several people on the front line,” said Kazazian.

This is why Armenians across Los Angeles have been coming together to protest, hoping that the local and federal government will rally behind them to amplify their voices and actually enact change to end the violence in Armenia.

“The silence is deafening right now. Nobody is listening to us and pretty soon we won’t have an Armenia to point to on the map if something isn’t done,” said Kazazian.

He and his fellow Armenian Americans will continue to raise their flags and their voices in hopes of finding some sort of resolution soon.