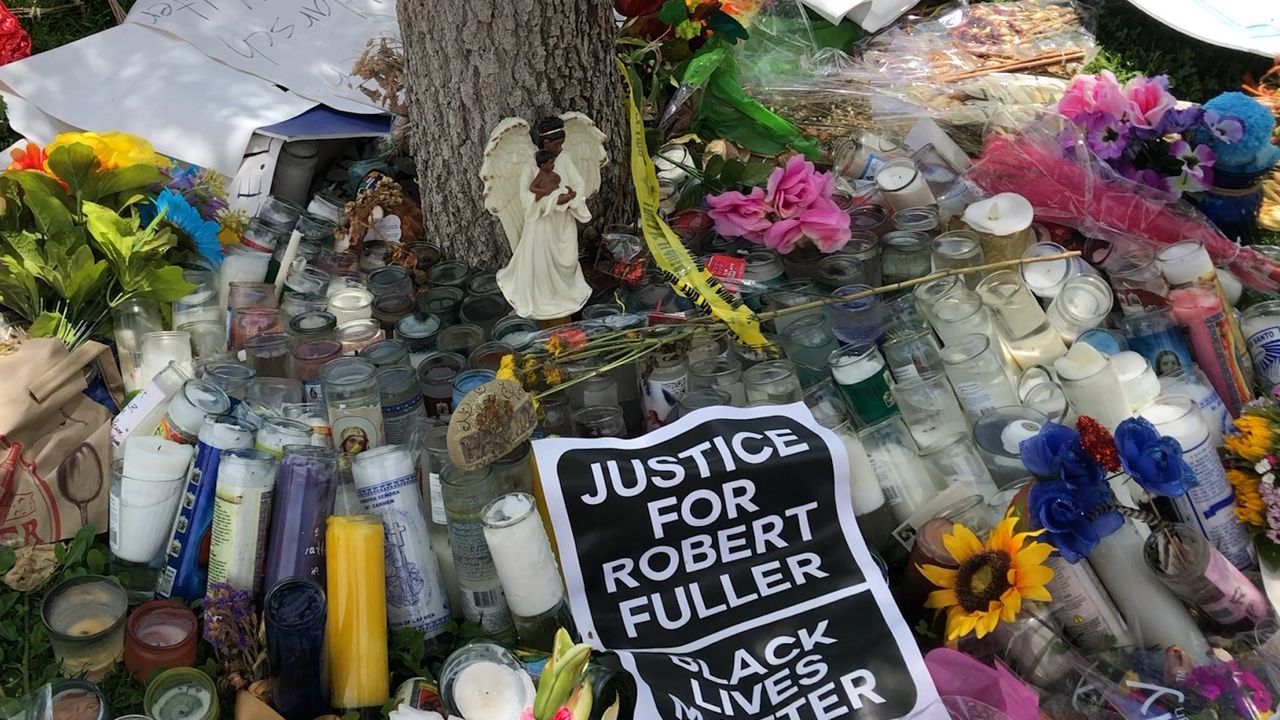 And in today's Black Lives Matter climate, this visual was cause for Desiree Fernandez to get an alert and multiple messages from people that a racist incident might be occurring in her Palmdale community.

“We get calls to check things like this. And so we instantly came here," Fernandez explained.

She listened to the homeowner, who explained that the ropes were used for a swingset by his grandchildren who had played on them for years. But they had not been there to visit him in months due to the Covid-19 pandemic, and he had taken the swings down for a while.

She and her friends explained to him the horrific symbolism of what looked like nooses, and compelled him to take them down.

“People reach out all the time to us if things like this happen, and then we try to roll up as soon as we can to try to get the word out,” Fernandez said.

In recent weeks, Fernandez has become a person that people in the Antelope Valley reach out.

At 25-years-old, she says her sense of social activism was awakened after attending a protest in response to the death of George Floyd.

“The intensity of that protest and seeing the injustice is firsthand, it just made me realize that I can no longer be complacent and that I needed to help amplify voices,” she said.

On June 9, Fernandez launched an online campaign on change.org to get rid of an offensive Confederate soldier looking mascot and logo at Quartz Hill High School in Lancaster, where she graduated from. She and her friend, Roger Thomas, met with the principal, Zach Mercier.

“I know that this has been something that people have tried to get accomplished for many years. However, I think the sense of urgency is what was missing,” she said.

A few days after her meeting, the Antelope Valley School District announced that - effective immediately - the rebel mascot and name would no longer be used. Fernandez believes the decision was made in part due to her petition.

Just as she was feeling victorious about the rebel mascot change, her community was struck by a huge tragedy - the death of Robert Fuller. He was found hanging from a rope in a park outside the Palmdale City Hall.

Fernandez, who knew Fuller, was devastated.

“It made me feel completely sick. I was heartbroken. It scared me to see that happen in my community," she said.

Family and friends of Robert Fuller immediately disputed reports from the medical examiner's office that ruled the death a suicide.

When she heard that, Fernandez helped create national awareness on social media about the circumstances around Fuller's death. She and her friends used the hashtag #justiceforrobertfuller, which quickly trended on Twitter. Their efforts even got attention from celebrities Kehlani, Billie Eilish and Kim Kardashian.

Fernandez also encouraged people to protest at the Palmdale City Hall and the Sheriff’s Department.

Local authorities are still examining the cause of Robert Fuller's death, but Fernandez says she will continue to honor him, and support the Black Lives Matter movement in every way she can.

“I feel like I found my calling. I feel like now it's time because if I have the gifts for people to let me through the doors to be able to advocate for the Black community and for people around me, while also making sure that Black voices are heard when I do so because that's the most important thing, that I have to do it,” Fernandez said.