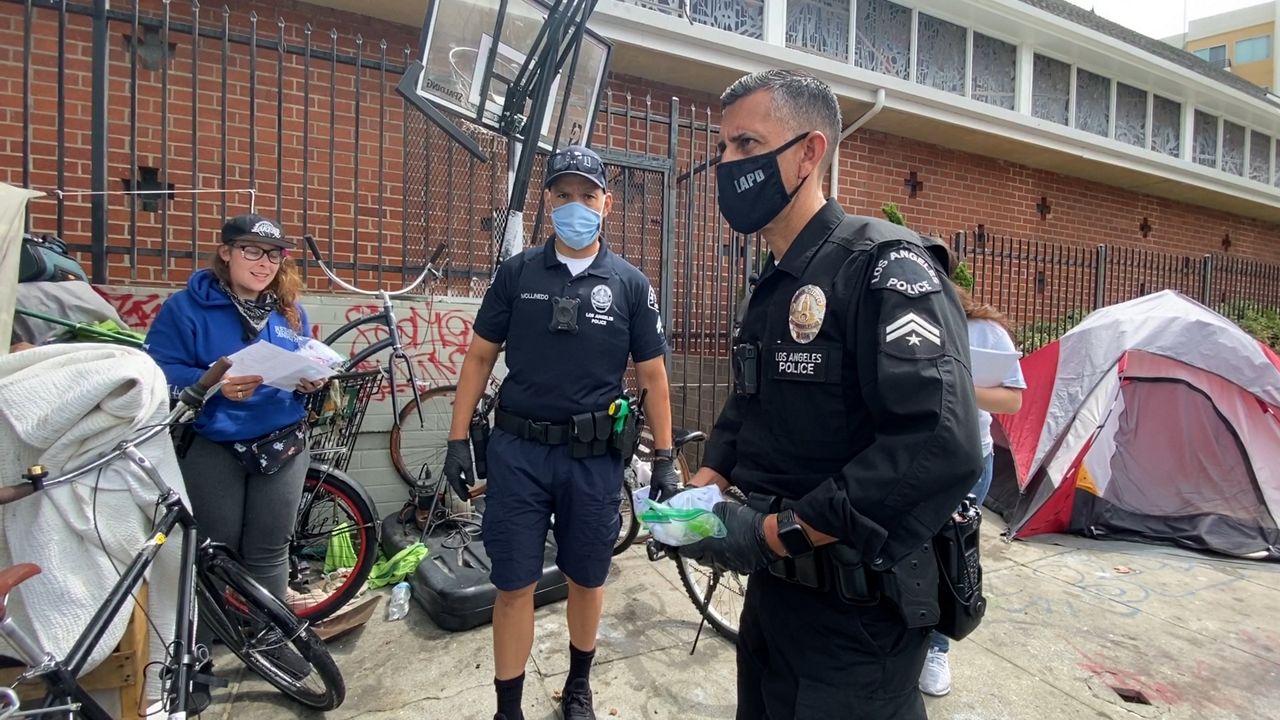 LOS ANGELES – He’s got a gun, a badge, and Lysol wipes.

Senior Lead Officer Joseph Paleyo is ready for patrol amid a pandemic.

The danger of Covid-19 has presented a challenge to officers who work in LAPD’s Olympic Division. If community networks are the bedrock of so-called community policing, they’ve been at a standstill for months.

“We haven’t done any community meetings since late March,” Paleyo said as he pulled out of the station.

“We cover every corner with community policing,” Paleyo said. “We do the education piece, the crime piece, and the enforcement piece.”

Tuesday was about education.

The department teamed up with non-profit, Flatten the Curve to raise awareness about Covid-19 among the homeless population. With baggies of hand sanitizer and masks, the cops introduced themselves at three separate encampments.

“I know all of the people who are living in tents in my community,” Paleyo said.

Paleyo said he hasn’t personally experienced anti-police backlash in the wake of the protests, but he also hasn’t been out on the street much lately.

“We’ve been so busy with the protests. We were away from the community for those 14 days,” Paleyo said.

Now the officers are back and hoping to build trust in the community they serve.