LOS ANGELES – Students were still on summer vacation when a group of educators met in an empty classroom in South Los Angeles.

“With kindergarteners first you may just be able to sit in a circle and say names the first time,” said facilitator Christine Elder, “and then you think them for coming and sitting in circle.”

The practice is called “Ways of Council” and started with the Ojai Foundation. Facilitators like Christine Elder have brought the technique to schools, tech companies and prisons. Participants share stores and learn to listen without judgement. Now she is bringing it to Learning by Design, a charter school in South L.A. that is about to begin its second year.

“The inmates I’m working with right now say there’s no program like this. Nobody is teaching the person. They are teaching each other,” Elder said.

“I’ve never seen anything work like this,” said Charletta Johnson, the school director.

Johnson and the school’s founder, Charla Austin-Harris, opened the school in 2018 to disrupt the school to prison pipeline, a well-documented phenomenon that disciple in schools often sets black students on a troubled path. Black students are suspended and expelled three times as often as white students, according to data from the U.S. Department of Education Office for Civil Rights.

“So many of the studies show that students start out equal but particularly by the fourth grade, particularly for black boys it is downhill,” Johnson said.

The new school teaches even the youngest students to work out problems, rather than resorting to disciple.

“They are going to have problems…so my philosophy is: let’s try and create the environment where all students can prosper so they don’t have to go to prison,” Johnson said.

She says Way of Council is a natural next step for the school. She saw the power behind the weekly circle when she was the director at New Roads, an expensive private school in Los Angeles. In fact, Johnson came out of retirement to bring it to South L.A.

“There’s something magical about telling stories. You connect, you have empathy for those students who you probably never would talk to,” Johnson said.

The practice is laying the groundwork for restorative justice, where students can bring issues to the circle and find a community that accepts them. 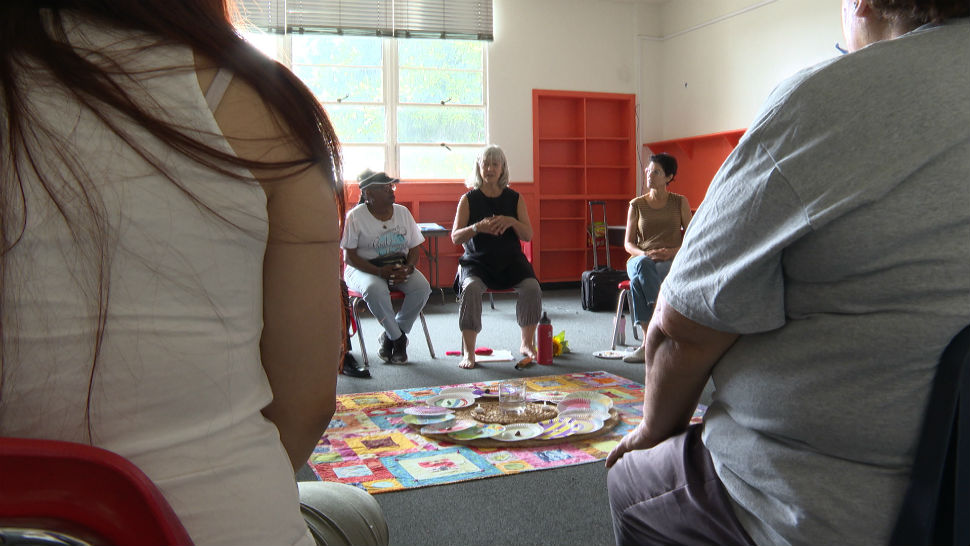