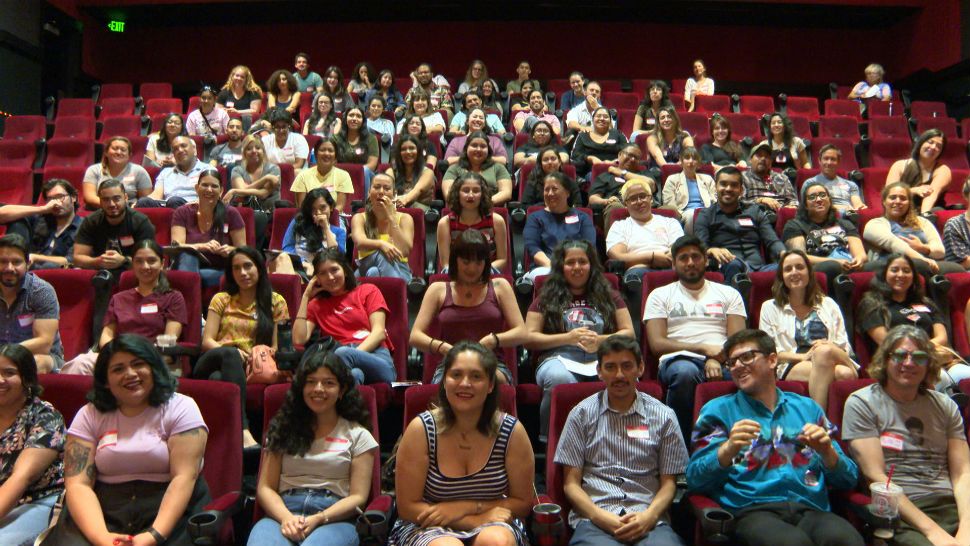 HOLLYWOOD, Calif. – It looks like stand-up comedy to an empty house, but volunteer coordinator Benjamin-Shalom Rodriguez is leading a group of more than 130 volunteers as they get ready for the Los Angeles Latino International Film Festival.

“It’s the first day and we are getting all the volunteers together and we are going to do some icebreakers so that they can network,” said Benjamin-Shalom Rodriguez. “We are basically creating instant friends because it's a very important skill if you can go up to someone you don't know and just say hello and look them straight in the eye and have a handshake.”

The movie business may be glamorous, but it is not all red carpets and premieres. A lot of work goes into producing a film festival, all to highlight talented Latino filmmakers.

Growing up in Norwalk, Rodriguez always knew he wanted to make films so he left his job as an executive to produce an episodic series on his own. Rodriguez took a job at LALIFF as a way to get his foot in the door. Now, he is busy telling his own stories and working with filmmakers to help tell theirs.

“We are only five days out from the festival LALIFF, so it's a little bit crazy,” said Rodriguez. “You try making a 140 people work for free and commit to their schedules.”

It is not enough to simply screen movies. They also want to shepherd the next generation of talent so they teach a cinema workshop to elementary school students throughout the Los Angeles Unified School District, Santa Ana, and Montebello as part of the school curriculum. LALIFF will be hosting a student film festival as well.

“I believe stories are the best way to build bridges between our community and the nation at large,” said Executive Director Rafael Agustín. “In the current climate that we find ourselves in where people are trying to build walls, I believe telling our stories are the best way to support not just our community, but our youth who need to be seen and need to be represented.”

Over five days, LALIFF will be screening 15 features, 10 directed by women, and much more. For these filmmakers, just being seen can lead to opportunities. For Rodriguez, the third episode of his docuseries Stoned Break-Ups will be premiering at the festival in the episodic category.

“If you're an under-represented voice, you can come here and find your community and grow together,” said Rodriguez.

Like a village, it takes a community to raise your voice.