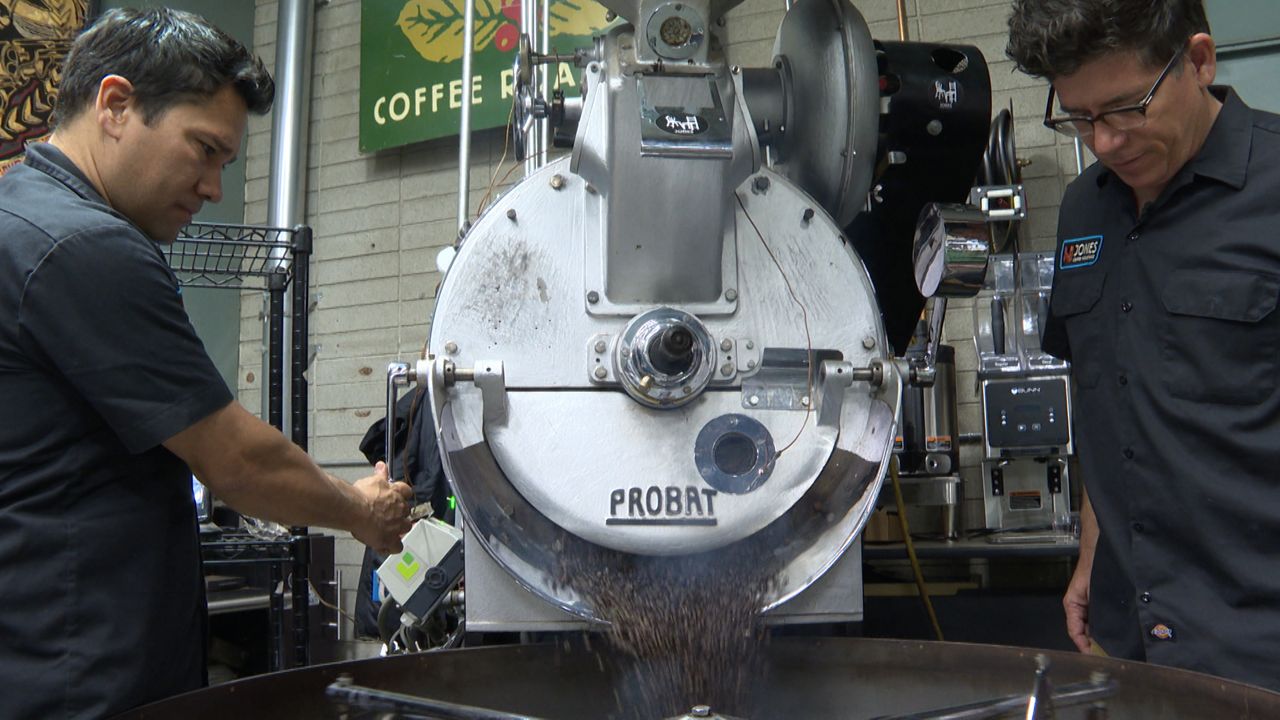 PASADENA, Calif. - Whether you prefer an old fashioned drip or a French press, chances are coffee is your drink of choice every morning. Chuck Jones is riding the third wave of coffee as Los Angeles steeps in a coffee renaissance.

“I think that the coffee is really about being a catalyst to building a neighborhood and bringing people together for whatever reason they might want to be together, whether it’s to talk about politics or to talk about science or art or music,” said Jones.

He founded Jones Coffee Roasters in Pasadena as a wholesale business in 1994, but his family has been growing coffee in Guatemala for the last five generations. Jones got his first taste of the coffee business at the age of five after visiting the family farm.

The beans are not grown in Italy, but rather roasted to taste.

“We need volcanic soil, we need high altitude, we need a distinctive wet and dry season,” said Jones. “We need cheap affordable labor to pick the coffee. The culture of how the coffee is grown and processed is different and all of those things contribute to the taste of the coffee.”

With so many variables and with so many differing beans and roasts, how do you find a coffee that defines Los Angeles? You cup them, which means grinding many different coffee beans, smelling them, steeping them, letting them crust and then testing them. And like wine, you spit it out.

“You know here in Southern California, there's so much diversity that we find that the medium roast Guatemala has the broadest appeal,” said Jones. “The nutty, cinnamon, spicy, caramel, sweet, long finish. The blind tastings always prove that.”

Jones is all about the artisanal experience, but cafes are also places to gather and share stories. Winston Secrest opened his cafe Lost Parrot a year ago with Jones' help.

“What we’ve tried to do in that first year is create a place between four cities where people can come and just have a cup of coffee,” said Secrest. “And that kind of makes people feel a little bit more comfortable, a little bit more at home to hang out and have those conversations.”

Jones wants to bring that conversation to his farm in Guatemala. He personally gives tours to show people how coffee is actually made by the people who grow it.

“That would be our ultimate goal, to bridge that information gap between the farm and the consumers,” said Jones.