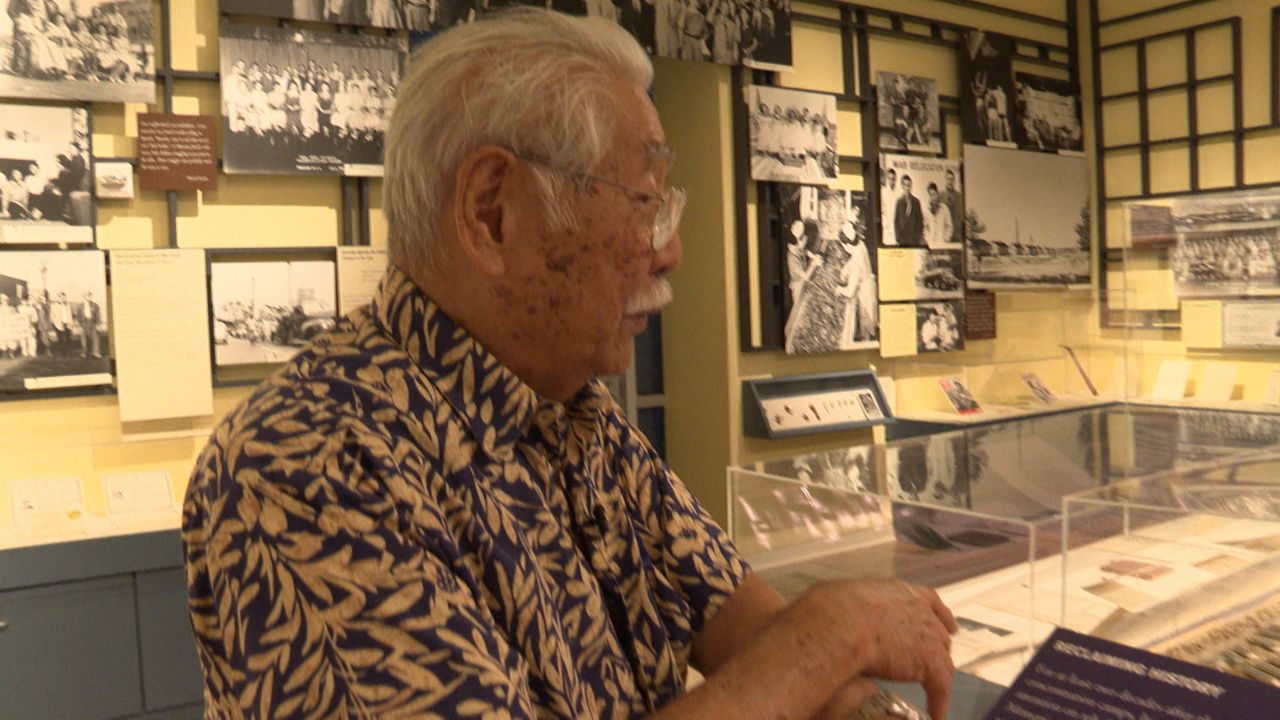 LOS ANGELES -- Each year at the end of April, a bus-load of teachers makes the trek to Manzanar, the first Japanese internment camp established by the U.S. government during World War II. The group is led by a man who was a prisoner there as a young man and is now passionate about sharing his story.

Okui's family lived in the San Fernando Valley when the government ordered them and thousands of other Japanese-Americans to the camp in California’s Eastern Sierras. In fact, 62 percent of the inmates at Manzanar were U.S. citizens, most from the Los Angeles area.

It was 1942 when Okui had to leave his classmates and his teacher…”Mean Mrs. Clayton” behind.

"She wanted the class to say good bye to me and then she kissed me on the cheek," he laughed.  "I was so embarrassed by that."

Okui refers to a model of Manzanar located inside the Japanese American National Museum in Little Tokyo, where he used to volunteer.

He would spend three and a half years there filled with good times and bad.

"I’m kind of a little chubby there," he said, pointing to a picture of himself.  "We got a lot of food to eat. The food wasn’t very good."

People often ask him if he's still bitter about what happened.

"You can’t be bitter about things that you cannot change," Okui said.

He’s since accepted a formal apology from the U.S. government. He says it was a different time. Segregation was still legal in the United States.

So now, he fights back by educating others and speaking up so people know what happened and we don’t repeat the past.

"It seems that our leadership is inclined to make a similar mistake," Okui said. "The only way that we can educate our children is to teach the teachers to teach about what happened."

And for close to 40 years, the retired history teacher has been doing just that—leading UTLA teachers on an annual day trip to Manzanar.

"I get a sense of accomplishment each time I do it," he said.

If there’s anything good to come out of the camp, he says it’s a common history.

"You can talk to any Japanese-American my age and he’ll talk and eventually he’ll know someone who’s a relative, who’s a friend, who was in the camp with you, where they were. It’s a sense of community," Okui said.

A community sharing important stories while they still can.