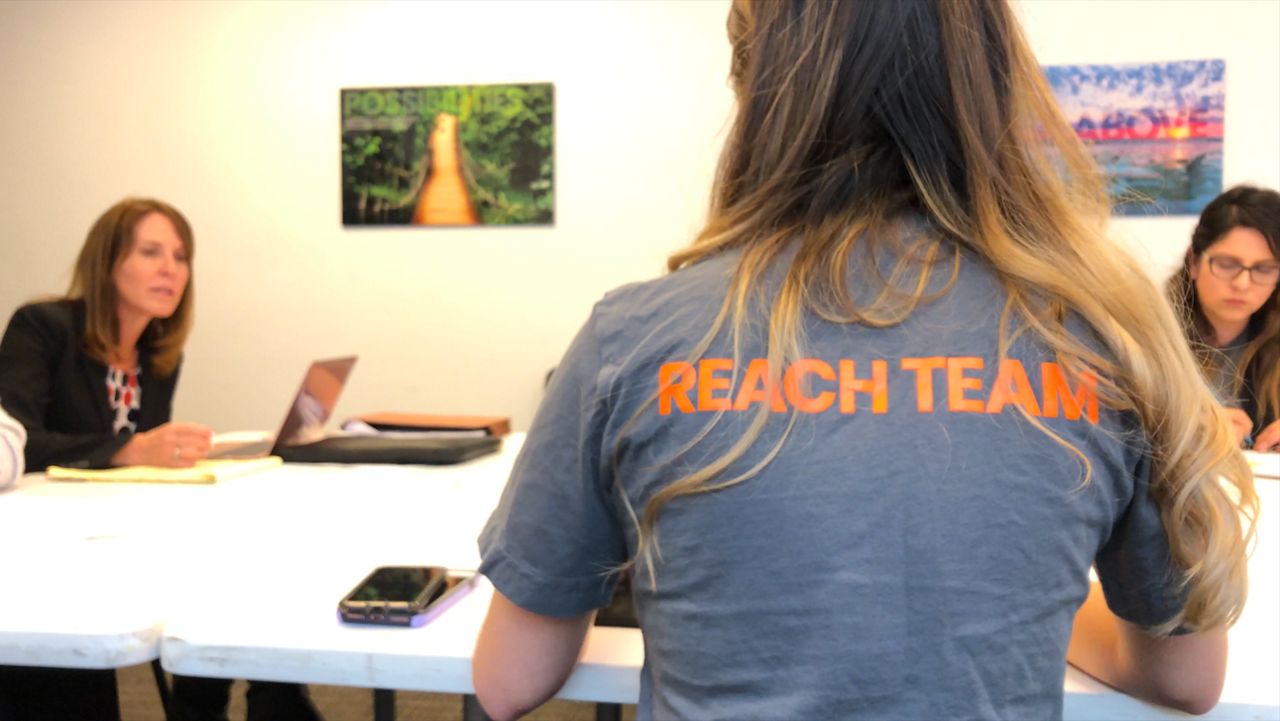 REACH Team Reaches Out To Victims of Gun Violence

Jazlene is a studious 9-year-old with a passion for math; and the lessons she's learned in the classroom have made her wise beyond her years.

“Even if you make a mistake, there is always next time to do something better or see if you understand it or see if you can go back,” says Jazlene.

That’s exactly what the City of Los Angeles is trying to do; fix the mistakes of the past and do better for children like Jazlene that have been exposed to gun violence.

Her mother, Yvette grew up in Watts, and the gun violence she was exposed to has marked her life for years.

“When I was 5-years-old we would sleep on the floor, not because we didn’t have bed, but because we would do it for safety reasons because of the drive-bys,” says Yvette.

That’s where the REACH Team comes in.

The pilot program takes a proactive approach to healing, by responding within 24 hours to an area where a child was affected by a shooting. The team literally reaches out to them, gives them care packages and informs them of this new free mental health service available to help children with this type of trauma.

The program was announced in September of 2018 through the city attorney’s office, when they secured a $150,000 grant. They then partnered with Children’s institute and Los Angeles Police Department.

Lt. Brooks of the LAPD says this program will help change the culture of the Watts community:

“Normally when we respond, we’re looking for the victim to take care of, for the suspect to take them in to custody, and we’re walking by all these little casualties of war who have seen it, and what we realize now is that hurt people hurt others.”

To keep them from doing so, the REACH Team has signed up nine children so far and are on their way to reach their goal of 50.

Yvette has decided to raise her daughter in the same area as she grew up in, but she says that she strives every day to create a different normal for her daughter than the one she grew up with.

“South L.A. is a beautiful community and it has so much to offer its residents … I want her to grow up loving and being proud of being a resident of South L.A,” said Yvette.