A new development could be coming to San Dimas, but not everybody is in favor of it.

Last year, the City Council in San Dimas entered into an exclusive negotiation agreement for a proposed four-story hotel, on a lot at the corner of Cataract and Bonita - a space that has been vacant for decades.

Blaine Michaelis,  San Dimas City Manager, said the council has been looking for a good use of the property since the mid 1990s.

"Not long ago the city council decided to explore a possible hotel use by commissioning a feasibility study," he said. "That study indicated the market feasibility for a hotel at this site."

But many residents, including Phil and Isabel Ebiner, would say otherwise. The married couple is behind the orange lawn signs that have been popping up throughout San Dimas, advocating for the "No Big Hotel" campaign.

"We had heard about the hotel proposal at Bonita and Cataract and my husband Phil and I were not too excited about that," Isabel said. "We found that a lot of neighbors in the area felt similarly." 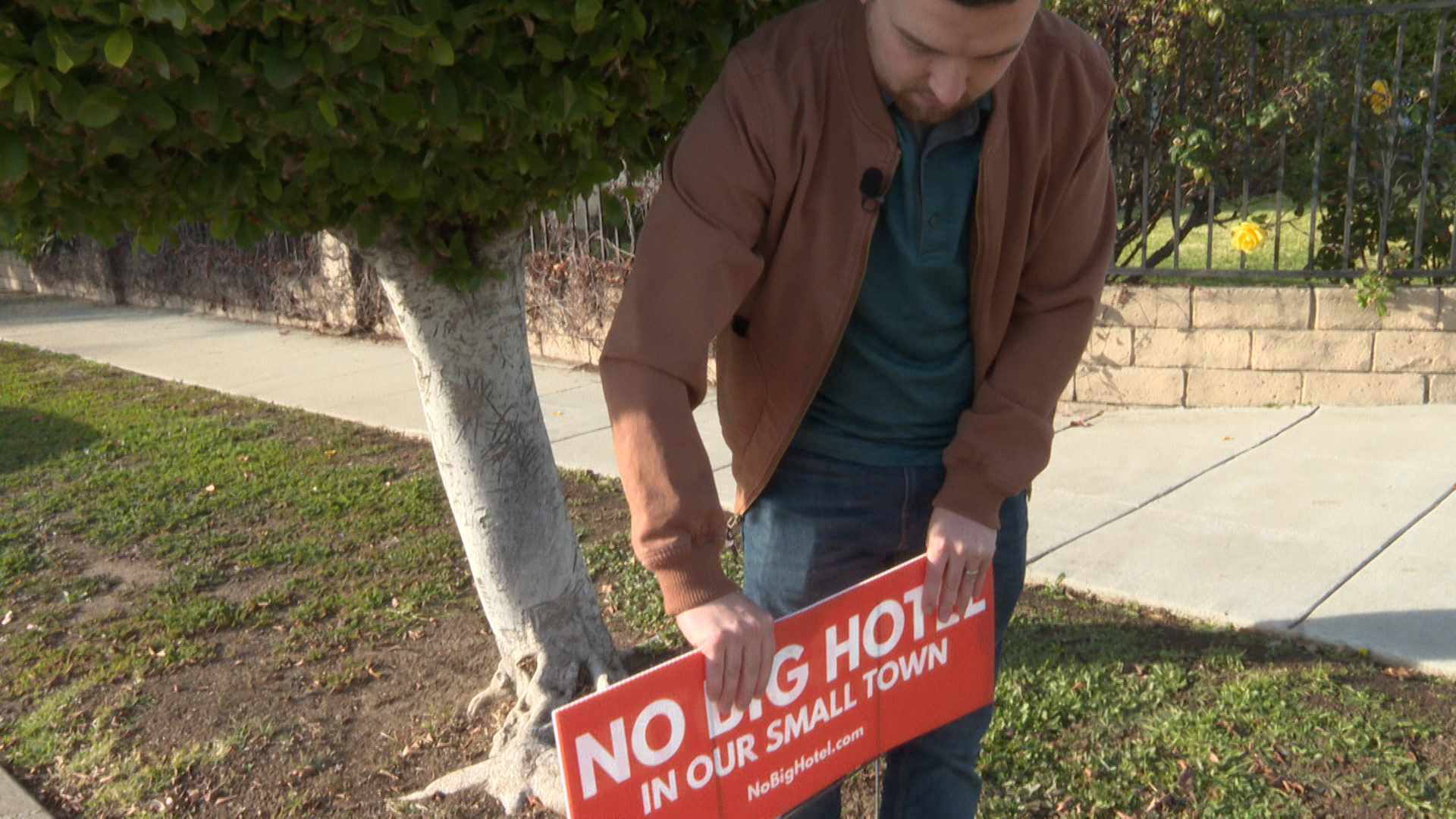 Phil, a long time resident of the area, is hoping the city council considers other proposals that might be a little more family-friendly.

"We’re hoping for something that can benefit both visitors and the residents that live here in town too," he said.

The couple, who are parents to twin four-month olds, launched the campaign last month, purchasing 20 signs to distribute. After going door-to-door to hand them out, Phil and Isabel found there was quite the interest for more.

"When we launched the campaign, we were pretty surprised by how many people were willing to put up signs and sign the petition, she said. "We thought maybe if we got 20 people to put up signs that would be exciting, but at this point we have over 120 who put up signs, and we ran out of signs."

As they continue to add signatures to their petition, Phil and Isabel also presented their viewpoints to the city council. They were joined by over 10 other residents. And while it is still early in the development process, the Ebiners are hoping to get their poing across before it is too late.

Michaelis said that while there is no schedule for consideration, the decision will take into account a public review.

"That public process will take the decision through a variety of questions, deliberations, points of view, and discussion in search of the best and most feasible development plan," he said.