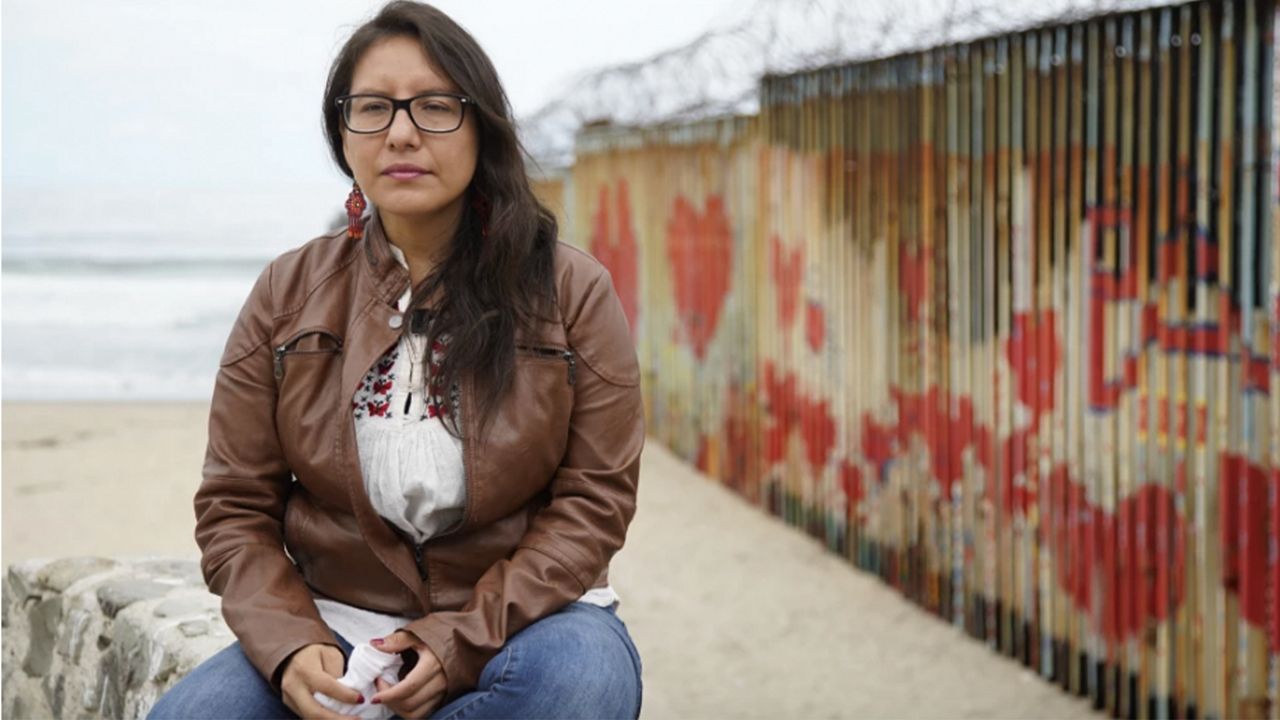 'Dreamer' returns to Mexico after 30 years to help asylum seekers

It had been more than 30 years since Deferred Action for Childhood Arrivals program recipient and lawyer Dulce Garcia set foot in Mexico. It was something she thought would never happen. That is, until now.

Garcia shared her emotional return to Mexico on "LA Times Today" and revealed how she is helping asylum seekers from both sides of the border.

Garcia was 4 years old when she came to the United States and said she does not have many memories before migrating.

"Unfortunately, the last memory that I have from Mexico was when my family and I were robbed at gunpoint in Tijuana. And, that is all I really remember; I have flashbacks of Mexico, but my life has been here in the United States ever since. I was undocumented for a long time until I finally applied for DACA, which is not a path to citizenship. Still, it allows me to be here in the U.S., and now I am an attorney with my law practice, and I am the executive director of a nonprofit called Border Angels," Garcia said.

For DACA recipients to travel outside the United States, they have to go for work, educational reasons, or humanitarian reasons.

"I knew that at one point I wanted to work in Tijuana based on the prior work that had been done there a couple of years before. So, when we were litigating DACA, that was always on the back of my head. It was essential for me to see for myself what was happening in Tijuana. Since I am a lawyer, I was able to fill out the required forms myself. I applied on an emergency basis to be able to work immediately in Tijuana, but it was not an easy process," Garcia said.

A 'Dreamer' and attorney, she returned to Mexico after 30 years to find 'heartbreak' at the border https://t.co/9inaeQ8wTT

Within minutes of arriving in Tijuana, Garcia said she saw the challenges asylum seekers were facing.

"I had received photographs and video of what was happening, but there is nothing like going in person and seeing for yourself the hardship people are enduring in that place. Along with the insecurity and abandonment by the local Mexican government, the federal government, and certainly the United States. The only people on the ground were some small church groups, some small civil organizations, but it was not enough to meet the demand," she said.

Garcia said about 500 children were sleeping in tents on the street.

"That is 500 children that did not know where their next meal was going to come from. There was no access to toilets; some were suffering from fever, diarrhea, and other things; we had to walk over to the doctor for them to be seen. The only bathrooms they had access to were ones they had to pay 10 pesos to use. And they had to decide whether they were going to eat or go to the bathroom. It is something that I never imagined. We provided a bathroom within 24 hours of our arrival. After, I think the Mexican government must have been embarrassed because they brought in bathrooms a couple of weeks later. But, overall, it was really heartbreaking to see all the challenges the asylum seekers went through," Garcia said.

Despite the challenges, Garcia said she and her team were able to help out the asylum seekers in many ways.

"Aside from providing people with tents, blankets, and food, basic things, what we provided that was most valuable to them were the legal consultations. We spent Mother's Day providing legal consolations and help to mothers in the hope that they reunite with their children. Some have faced the difficult choice of sending their teenage son across the border because they were afraid he would not survive. So, I think the most valuable thing we can do is provide hope through legal consultations. We were able to provide testimony in Congress, and testify about all the things we have seen on the ground, not just from the humanitarian aspect but from all the stories we heard. I think the work we have done has been immeasurable when it comes to their stories, and I will always carry that with me; that painful journey that they continue to express, and honestly, there is so much more that can be done. And it is frustrating to see that the governments have failed these people because they are still there. But, I hope I will be able to see them one day in the United States."