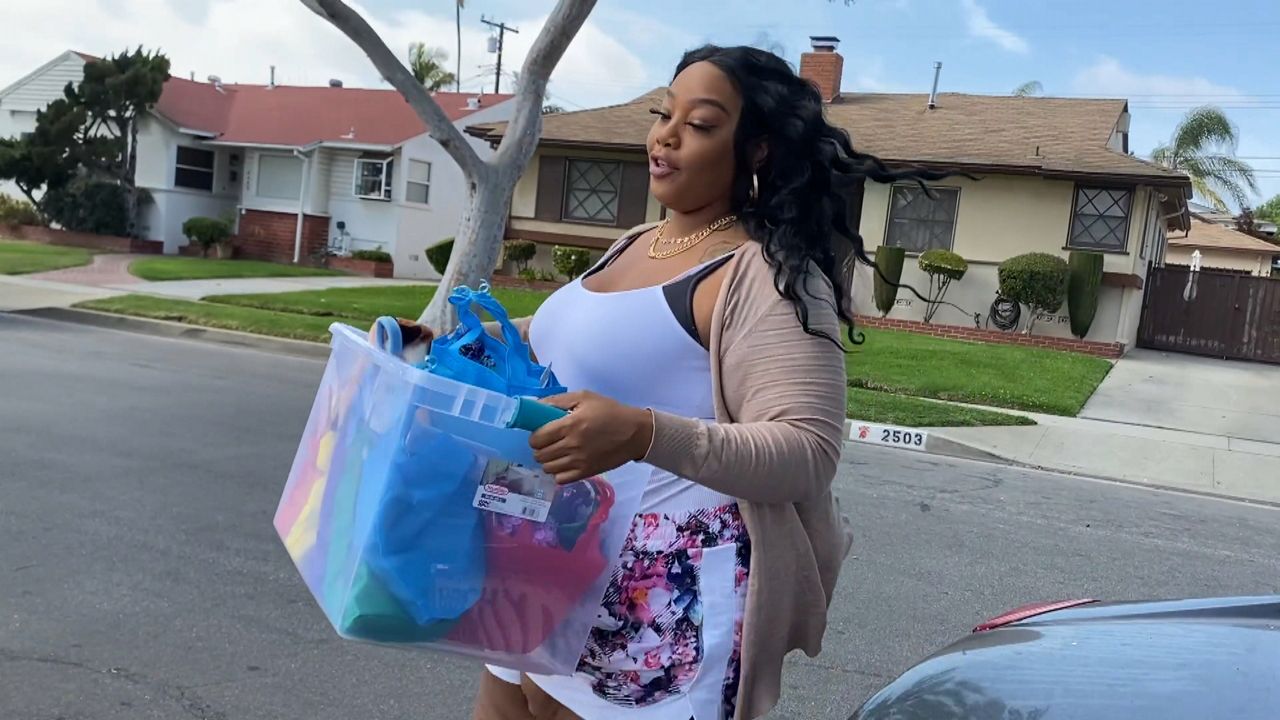 Joslyn "Ink” Beard said after being wrongfully convicted and put behind bars, she’s now dedicating her life to helping the next generation.

INGLEWOOD, Calif. — In a tweet that went viral, an Inglewood woman announced her new nonprofit called Safe Bridges LA. Joslyn “Ink” Beard said after being wrongfully convicted and put behind bars, she’s now dedicating her life to helping the next generation.

Using poetry as self-expression, Jovana Tankou said spoken word helped her find her way. The 17-year-old migrated to the U.S. from Cameroon when she was just three years old.

Now, she tells her own story and the stories of others in her poetry.

Tankou considers herself an activist for victims of abuse and said her passion was birthed in a summer program called Youth Over Violence ran by her mentor, Beard.

She’s planting the seeds for the next generation to succeed, but like a garden, Beard said they need water and light to grow. After working in the nonprofit sector for 15 years, she was fed up with the hoops she’d have to jump through just to actually help her clients.

"The amount of flaming hoops are so silly because if I were a person over the age of 18, who was not struggling financially, I could walk into any apartment I wanted to. I could get a job, a car. I could do anything. The only thing that’s making it so our community can’t thrive is money," Beard said.

Beard cuts the red tape with her own hands by giving youth cash, other donations like hygiene goodie bags and tapping into her own network to find housing for youth at risk of homelessness.

She said it's the help she never had as a physically and sexually abused child who grew up to face even more adversity as a young adult. In college, Beard said she was falsely accused of sorority hazing.

She went to jail for three months and said when she got out, no one wanted to hire a convict.

"It was devastating for me," Beard said.

Beard is vowing now to give anyone a chance, while inspiring teenagers like Tankou to be the change she wants to see.

“I realized that everyone is deserving of this. You don’t need to erase your identity to be accepted in any society," Tankou said.

Breaking down barriers to make a lasting impact for the kids who are the future.

For more information about Safe Bridges LA, or to donate, visit here.