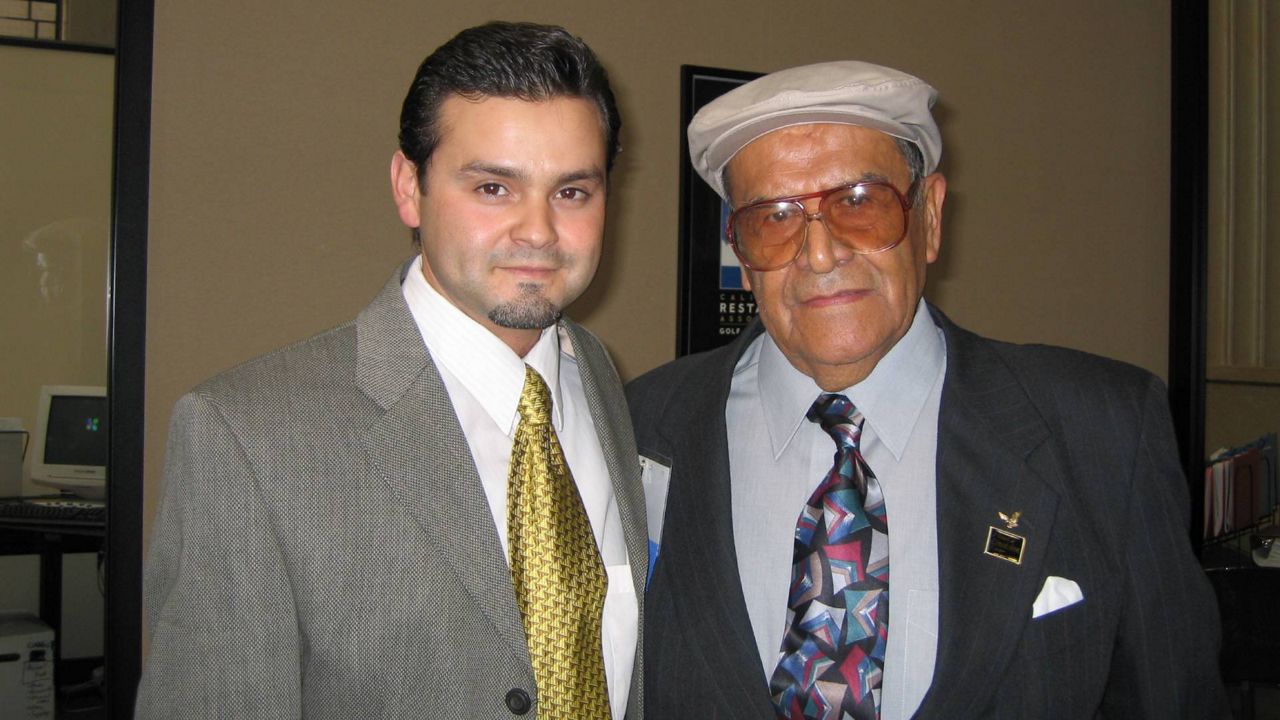 LOS ANGELES — An engineer at NASA's Jet Propulsion Laboratory has a famous teacher to thank for helping him launch his career.

Sergio Valdez was a student of Jamie Escalante, a calculus teacher at Garfield in East L.A., whose classroom was the backdrop of the 1988 movie Stand and Deliver.

Some educators doubted whether students from a predominately Latino neighborhood could handle the upper level math. But Escalante was so dedicated to teaching and committed to his students that the majority of them passed the Advanced Placement test.

Valdez entered high school in 1988 and was assigned a different math teacher. But he was good at math and knew Mr. Escalante would make him great, so Valdez asked to switch.

“He pulled levers and asked people for approval, and allowed me into his classroom,” said Valdez.

This was no ordinary math class. Students had to study after school and during the summer — for three years. But to Valdez, the small sacrifices could lead to big opportunities.

“Back then, my vision of what a career was is the person doing checkout at the grocery store," he said. "That’s what we would aspire to. So when he gave you an opportunity to show yourself in a way that was going to put you in a position that you might do well in college, you might build a career with this, all of that was a big incentive.”

Valdez became the first in his family to go to college. He studied mechanical engineering at Cal Poly San Luis Obispo. It was just three hours away from East L.A., but sometimes felt like another world.

“I showed up in school and I didn’t really notice I had an accent," he said. "You kind of learn things about yourself when you’re placed in a new environment."

But he noticed he had the skills, thanks to Mr. Escalante.

“In every one of those courses for those two years, there was some material that I already had done in high school in Jaime Escalante’s class,” Valdez remembered.  “So that just tells you how rich his depth of calculus and math was, and what he taught us.”

Now he’s a mechanical engineer at JPL. His most recent work has been leading the team that built a helicopter for the Mars 2020 Perseverance Rover, which will be the first powered flight device to land on Mars. His job is to predict what will work on surfaces he and his team are sometimes unfamiliar with, by putting instruments through tests and simulations before they launch into space.

It’s just like Mr. Escalante did all those years ago — testing Valdez and giving him the tools to be successful in any space he enters.

“He gave a lot of his students a sense of dignity, a sense of 'I can do this,'” Valdez said. “Nobody can put me down for it, and this is going to make me a confident person, and thus I’m going to respond with that confidence and do something with my career and with my life.”

Valdez has remained grateful to his math mentor who died in 2010. He attended the viewing at Garfield High School.

Actor Edward James Olmos played Jaime Escalante in the movie, with the performance earning him an Oscar nomination.