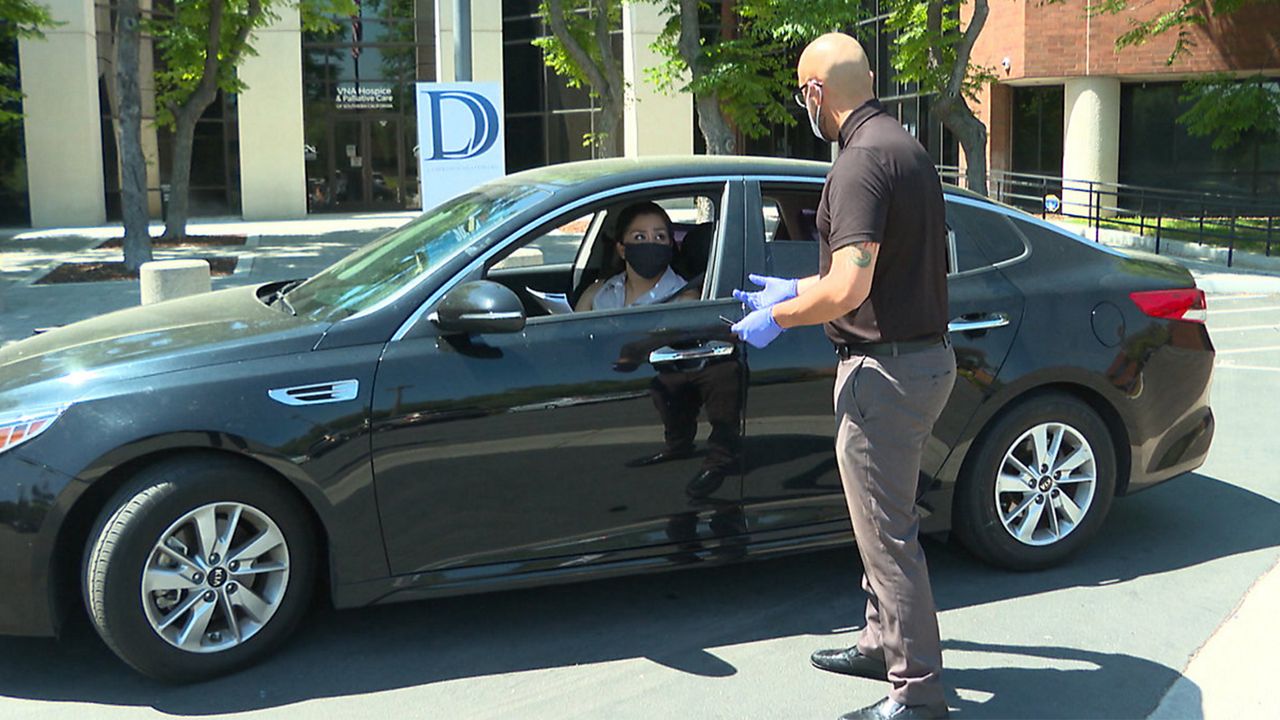 ONTARIO, Calif. – A nonprofit organization that promised the City of Ontario before the COVID-19 pandemic that they’d spearhead the effort to get an accurate census count in the city is shifting gears in a major way to keep their pledge.

“Essentially what you do is you just pivot,” Lampkin said.

His nonprofit organization hosted a community census kickoff event back in January, what they thought would be the first of many. But they’ve all been cancelled along with door-to-door efforts and a Census Question and Answer center at the library. Lampkin believes even with social distancing and stay at home orders it is crucial to find ways to get everyone to participate because it will benefit the community in the long run.

“The food distribution program has allowed us to reach out to some of our hard to count populations,” he said.

Vanessa Coronado’s husband got laid off at the beginning of the pandemic and then her ex-husband, the father of three of her children, died suddenly of a heart attack.

Overnight her kids have come to live with her and she has many more mouths to feed with half the income. She saw a post on social media from the Lampkin Foundation offering help.

“They posted that they were giving out food for people that needed it that were affected by the COVID-19,” she said. She never participated in the census before and was reluctant to do so but the Lampkin Foundation changed her mind.

The foundation estimates only about half of the 95,000 people in Ontario have filled out the census. Each person counted means more federal funding for the community.

While they’ve come up with a way to reach the community during a time of mandated isolation to get full participation, they’ve got a long way to go.

Though the nonprofit has never done food distribution before, in a month they’ve delivered 700 meals and given out two weeks of groceries to 15 families. Suempra Energy Foundation has donated $5,000 to keep the new program going.