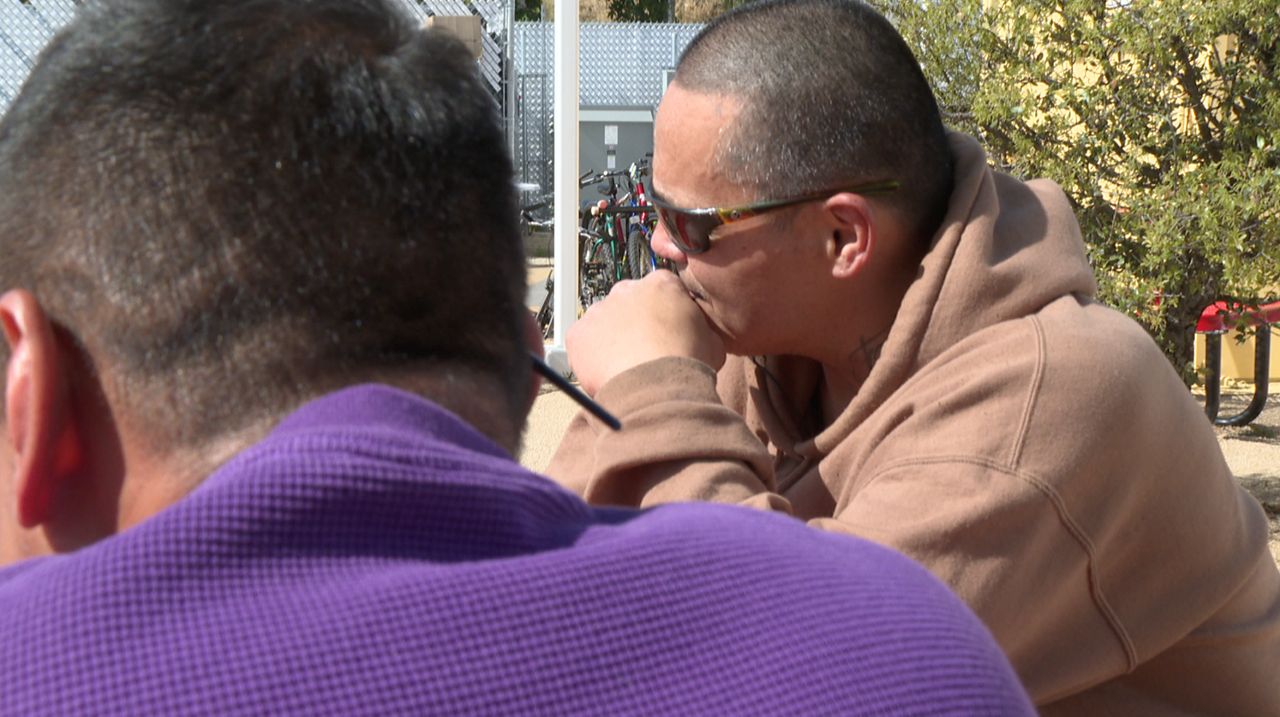 LOS ANGELES — The California State Senate approved SB 513, and it’s headed to the Assembly. This would provide new hope for people trying to get themselves and their beloved animals off the streets.

The Pet Assistance and Support program provides funding to pet-friendly homeless shelters. California State Senate Majority Leader Robert Hertzberg helped establish this program in 2019. Hertzberg then secured about $10 million to extend the program by carving out some money in the 2021 California state budget.

Now he’s written a bill to continue this work.

Johnny Navarro raised his dogs, Necee and Lotto, since they were pups.

“The dogs have helped a lot… they give you comfort too, makes me feel good for my wife… they love her. They love her a lot,” Navarro said.

With his wife and half-brother Navarro lives in the Alexandria Park tiny home village, one of six pet-friendly, pre-fabricated communities run by Hope of the Valley Rescue Mission. Before this, he was living in a tent on the street, which was a last resort after prison.

“I lived in a cell a lot of my life so I know how to make my cell—my room—livable though, I think,” Navarro said.

A criminal record did not help in the search for housing. Navarro’s program manager Erik McEachren knows that struggle personally. Background checks were not kind to him after his release from prison.

For hopeful renters with pets, it’s a hurdle on top of another hurdle.

“Some folks they don’t want the hassle altogether, so they’d rather stay out in the street with their pets,” McEachren said.

Shelters like the Alexandria Park tiny home village, which has over 100 units and are all occupied, care for homeless people and their animals, but many do not.

SB 513 would offer a permanent funding source for this kind of housing option. Love for his own pet pushed Hertzberg to write the bill.

“People have pets in their homes that are so important to them. Why should they be any different than people on the street? It’s not extravagant at all and particularly if it gets them off the street at the rate in which we’re spending taxpayer money it’s nuts,” Hertzberg said.

Navarro figures his animals are much safer inside rather than outside the gates of his new residence, where a speeding car took the life of Lotto and Necee’s older companion.

“I found him in the street. That really sucks. My wife and I went out looking for him… I thank God that I found him instead of her,” Navarro said.

Residents are initially allowed to stay in the tiny home village for 90 days. However, that limit can be extended until permanent housing can be found.

The city of Los Angeles has 678 tiny homes providing over 1,200 beds to people who are homeless.