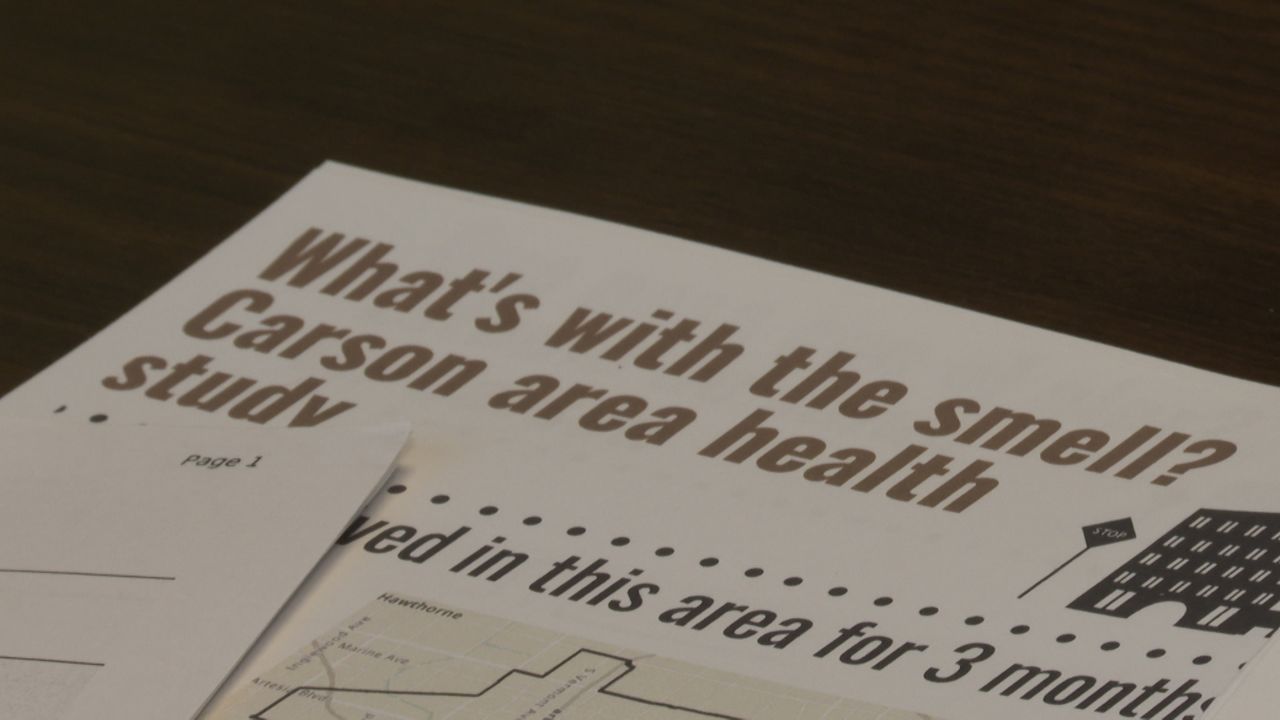 CARSON, Calif. — For Cheron Anthony, a Carson resident who has had to live elsewhere for about a month due to the Dominguez Channel odor, there is nothing like being home. However, her return did not come with a sigh of relief from health concerns.


"We're all still sick. I have congestion in the middle of the night. It feels like someone is sitting on my chest, like I can't breathe," Anthony said.

She shared that she would normally go on walks on her street with her young grandchildren, but even they are facing symptoms.

Friday was the last day for residents to file an application for reimbursements with LA County. That same day, the LA County Public Works Department sent out a tweet stating, "air monitor readings near #DominguezChannel show that hydrogen sulfide odors have subsided."

However, it is not as comfortable for residents like Anthony as she had hoped for.

"I can't even enjoy my home that I pay for behind all of this. It's like we don't like to be outside for a long period of time because of this," she said.

According to AQMD data, hydrogen sulfide levels near the Dominguez Channel reached up to 1,000 parts per billion at their peak. It's an amount that is about 10 times what was found at the Salton Sea, according to Jill Johnston, an assistant professor of environmental health at the University of Southern California, where the rotten-egg smelling gas has been more commonly found with fish die-offs and high winds.

"We don't have as much information about these longer terms or intermediate terms like talking about weeks of exposure at a community setting to know how long potential health impacts could last," Johnston said.

She decided to launch the Carson area health study to better understand what symptoms residents experienced and how they were impacted overall.

"Hopefully, not only with this health study, but with organizing, we'll look at ways to really improve air quality and environmental quality for the whole region," Johnston said.

For Anthony, who recently learned about the study, she is hoping it will lead to more answers on what it means for those living in the area.

"Whatever we are smelling is not harmful to our health, but yet, my whole family is and other people I know are having these bad symptoms. If you're sick behind something it has to be bad for your health," Anthony said.

In the meantime, Anthony will be limiting her time outdoors until she feels more confident about the air she is breathing.

Johnston said she hopes to hear back from about 300 residents over the age of 18 and who have lived within the Carson area for the last three months.