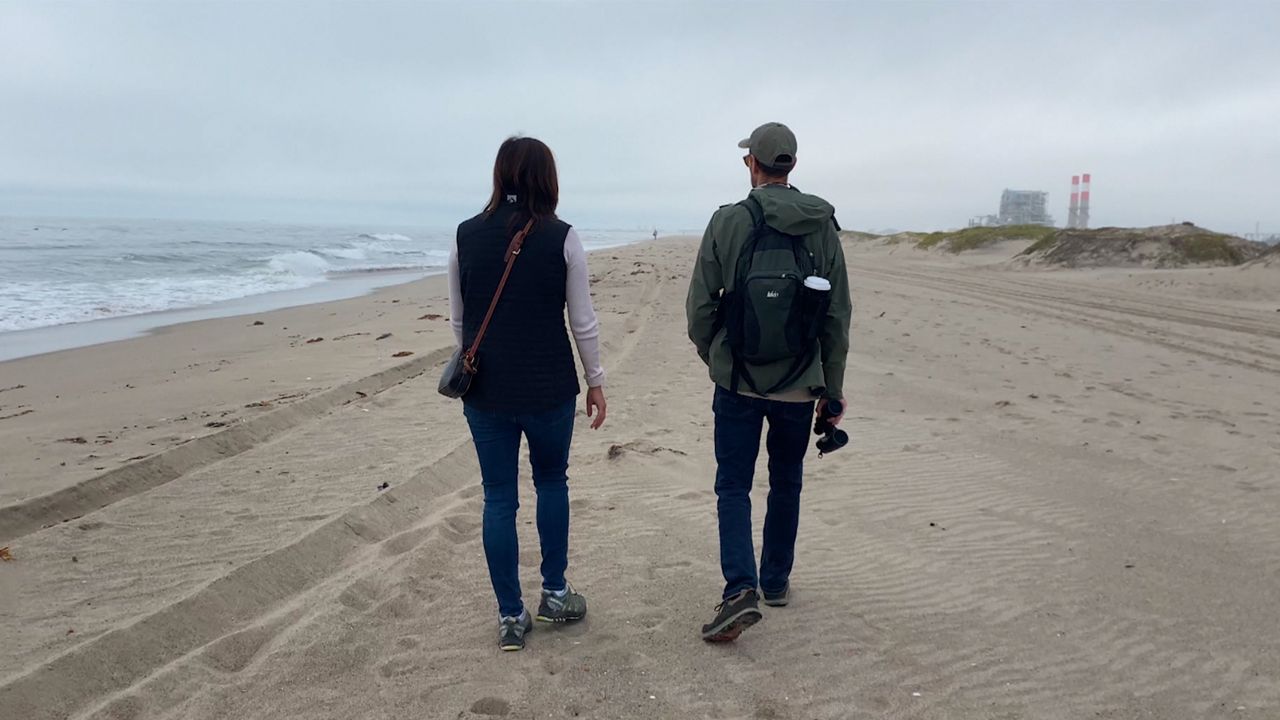 OXNARD, Calif. — It’s not that common to see sand dunes on Southern California beaches these days.

But at Ormond Beach in Oxnard, The Nature Conservancy’s Coastal Project Director Alyssa Mann is part of a team working on an ambitious coastal habitat restoration project.

"Having this expansive wetlands in front of South Oxnard provides an immense amount of protection from issues like sea level rise that we'll be grappling with more in the future," said Mann.

Ormond Beach has a full transition zone of habitats, ranging from beach to sand dunes to wetlands to upland habitat. But coastal development has impacted habitats around Southern California, leading to storm surges and flooding such as what was witnessed in Laguna Beach this past August.

Yet, some experts believe natural infrastructure could be critical to saving California from the effects of climate change.

"So, reduce our greenhouse gas emissions and be able to store carbon, within these habitats but also address the impacts that we're going to see with things like sea level rise and coastal flooding," said Mann.

Restoring the coastal habitat in Ormond Beach and down the coast at the Los Cerritos Wetlands in Seal Beach is part of California Insurance Commissioner Ricardo Lara's Climate Insurance Plan.

It's the first such plan in the nation intended to protect consumers from the growing effects of climate change that frequently leave the most vulnerable populations at risk.

Climate insurance wouldn't be another policy for people to buy, but rather something for cities and governments to help communities rebuild after a natural disaster that leaves marginalized groups disproportionately impacted.

Those that invest in coastal marshes would get a reduced premium.

“In California, we have a history of being innovative, we’ve got to join the rest of the world in these efforts to really use insurance as a way to not only protect us, but to help us mitigate and reinforce our natural infrastructure, so that we’re prepared for the next event," said Lara.

Climate insurance is all about creative and preventative solutions, like incentivizing coastal wetland restoration that Mann says is a natural protectant, but one that’s been decimated for years from development.

“I think what’s the big opportunity here is that for all of us to recognize that when we protect nature, that nature can also protect us," said Mann.

So, as California faces increasing climate change threats, climate insurance aims to leave no one behind in a disaster and to help communities quickly bounce back when one occurs.