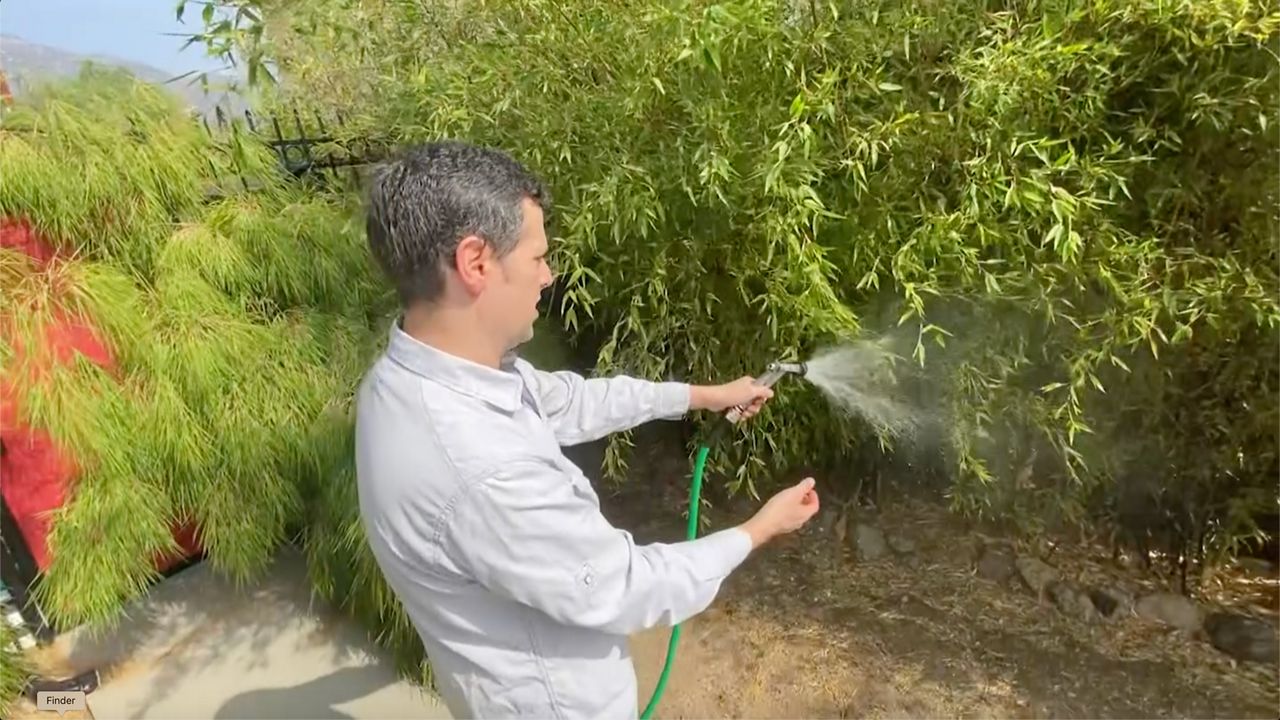 Burbank places restrictions on landscape water use as drought worsens

BURBANK, Calif. — In the seven years Simon Hammel has lived in his Burbank home, he says he’s replaced at least 60% of the grass that used to be there.

It's now primarily mulch, drought-tolerant plants and fruit and veggie trees. Hammel is trying his best to do as much as he can to conserve water and live eco-friendly.


“The [fruit and vegetables] trees take a lot of water, but we don’t have to drive anywhere to get our food,” he said.

In July, Gov. Gavin Newsom asked all Californians to reduce their water use by 15%. The city of Burbank implemented a Sustainable Water Use Ordinance, limiting residents outdoor watering systems to three days a week, for 15 minutes — not including hand watering.

Hammel explained that he cut down his sprinkler use but argues his drip irrigation alone requires more than just 15 minutes to be effective.

“The way [drip irrigation] works is it’s got to go for a long time," he said. "It’s only a little bit of water, but that long time gets a a deep soak and it lets the grass grow deeper roots and it lasts longer.”

On Nov. 1, Burbank will move into part two of the second stage of its Sustainable Water Use Ordinance, this time reducing sprinkler and irrigation system use to 15 minutes on Saturdays only.

"I wouldn’t expect these lawns will make it on one day a week," he said.

Richard Wilson, assistant general manager of Burbank Water and Power, noted that over the last 10 to 15 years, Burbank reduced water use from 170 gallons per person to 132 gallons. He is hoping residents can continue to scale back and contribute to the statewide conservatory efforts.

“If we reduce our use here, that allows other areas that are more drought stricken to have more water," Wilson said. "We’re all tied together, and we all need to do our part.”


If the drought emergency worsens and Burbank doesn’t meet its 15%  water reduction goal by March, the ordinance heads into stage three. At this stage, watering is limited to two days a week April through October and once a week November through March. It also cracks down on hand watering landscape, and the city will ramp up enforcement.

Hammel moved to Southern California from Chicago for his career in the entertainment industry, but Los Angeles' liberal lifestyle and Mediterranean-type climate is what’s kept him here so many years. With things changing, he may reconsider if this will be his forever home.

“You’ve got to have a balanced life, which includes how you want to live but also what sort of work you want," Hammel said. "The entertainment industry is spreading out across the country into areas that don’t have any kind of water restrictions.”

While Hammel doesn’t know how long this drought will last, he knows he’s not willing to trade in his green space for desert-scape.