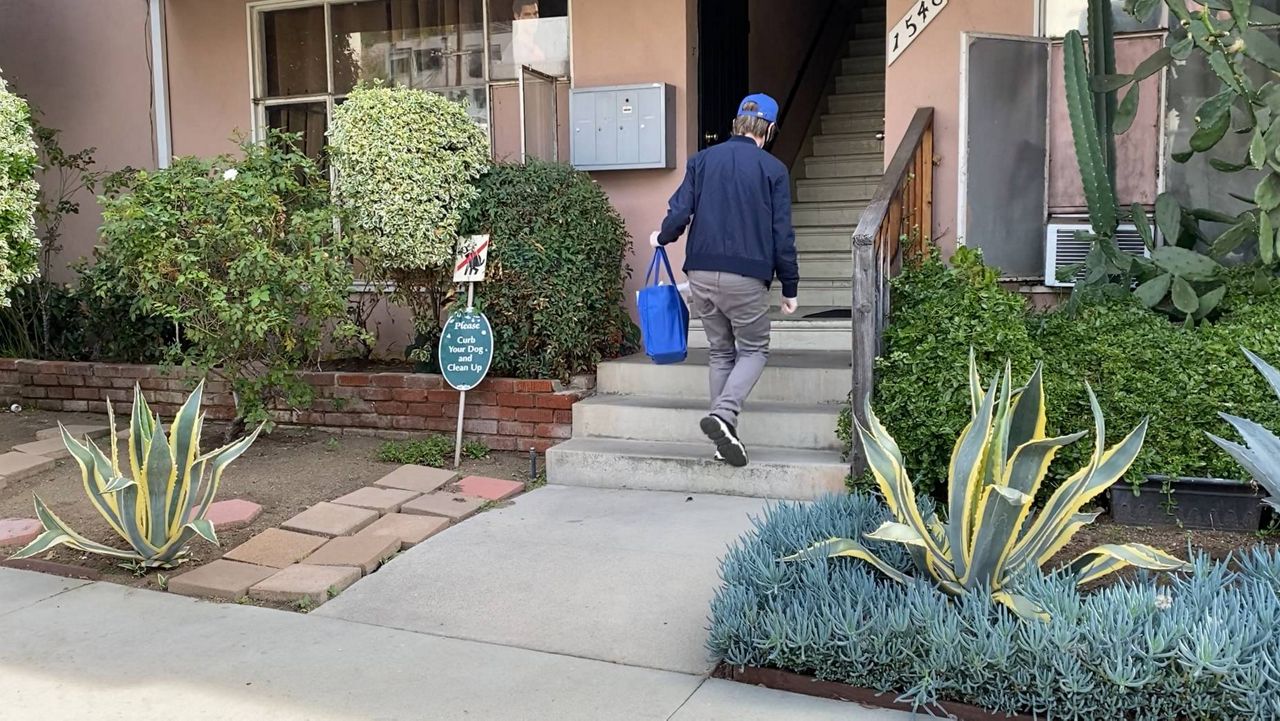 Volunteering at Project Angel Food — like delivering meals with his mom — is where Tyler henry feels like he makes the most impact.

"Hollywood Medium's" Tyler Henry Delivers Food to Those in Need

LOS ANGELES — As a clairvoyant medium, Tyler Henry is used to going door-to-door reading people, spending extensive time being connected to the other side, but when a lonely senior opens the door to one of his Project Angel Food deliveries, his read on the situation is instant.


“They’re so appreciative you can see there’s a need. A lot of them are sick and many times not able to leave the house. It’s made immediately clear as soon as they open the door how important the work is,” he said.

It’s a gift that according to him, started at the age of ten when he had a premonition of his grandma’s death. In the four years his show aired on E!, he did over 200 readings, becoming one of the most sought-after mediums in the country — and a household name.

He is now working on a new show set to come out this year in which he will be going door-to-door reading non-famous people all over the country. While he usually does readings in Los Angeles, he has come to love having national reach during the pandemic.

“A lot of my readings have been done virtually, via zoom, and that has lent an opportunity to read people all over the world, different time zones,” he said.

Project Angel Food prepares and delivers over one million meals each year to people in need. During the pandemic, because of volunteers like Henry, they have delivered to 2,300 people a day — a 54% increase. The pandemic has also fostered an increase in isolation among clients, making the need for volunteers to bring them food — and interaction — even greater. Henry said he can feel the appreciation PAF clients feel right away, even from six plus feet away, no process needed.

“Reading can help clarify and validate,” he said. “That’s my goal. I’ve always tried my best with whoever is sitting in front of me, as a goal to leave people better than I found them," he said.

That he does during these deliveries. There is power in the peace he hands off to the person on the other side of the door.