ANAHEIM, Calif. — Todd Masters couldn't help but feel giddy when he heard that in-person comic conventions were back.

The coronavirus pandemic obliterated a lot of his company's revenue the past year, so Masters embraces any sign of a return of an in-person, live comic convention.

This month marks the infamous one-year "Coronaversary" or anniversary of the coronavirus pandemic and subsequent government shutdowns.

Wondercon, a three-day fixture in Anaheim that attracts more than 60,000 people, was one of the first major events in Orange County to be canceled due to the coronavirus pandemic.

San Diego Comic-Con, also known as Comic-Con: International, pivoted Wondercon to a virtual convention and will, once again, this year host a WonderCon@Home on March 26 and 27.

But with the COVID-19 vaccines rolling out and business shutdowns lifting, there is a sense of normalcy and optimism coming back for the comic convention business in California after a year of being severely impacted by the pandemic.

Comic-Con officials boosted that optimism earlier this month when it announced it would hold a small three-day in-person comic convention in San Diego in November.

"It seems as if the vaccination effort is gaining momentum, and it appears that by the fall, we may be in a much better position than we are currently," David Glanzer, Comic Con's chief communications and strategy officer, told Spectrum News.

However, Glanzer said, the in-person comic-con gathering is still tentative. They continue to monitor guidance issued by healthcare and governmental officials on the pandemic.

"It is still a waiting game to some degree," Glanzer said. "We felt that an event in July was probably not safely possible, however, word that the vaccinations are moving at a faster rate gave us hope that we would be able to hold an event in November. But, as always, we will defer to healthcare officials if it appears this is not possible. But we have our fingers crossed."

The cancelation of comic conventions, including WonderCon and its much larger brother, San Diego Comic-Con, was a big blow to the nonprofit last year, along with the hotels, restaurants, and cities that rely on those tourism dollars.

No one felt the closures of the cons more than the vendors and exhibitors that sell the pop culture and comic books that fill the floor of those conventions.

Before the pandemic, there are about half a dozen major comic conventions along the West Coast, headlined by the San Diego Comic Convention held during the summer.

The San Diego Comic Convention is considered the preeminent comic convention, attracting more than 120,000 people, including celebrities, sci-fi junkies, comic book, and pop culture enthusiasts. Those are just ticket goers. Tens of thousands of more people without tickets hang out in the surrounding area, just to be part of the atmosphere.

"As WonderCon and Comic-Con are our main sources of income, not being able to host those as in-person revenue-generating events has had a significant impact on our organization," Glanzer said. "I don't know that we have a final economic impact, and may not for some time, but Comic-Con is generally responsible for over $160 million in revenue generated for San Diego. So the impact is being felt by the city as well." 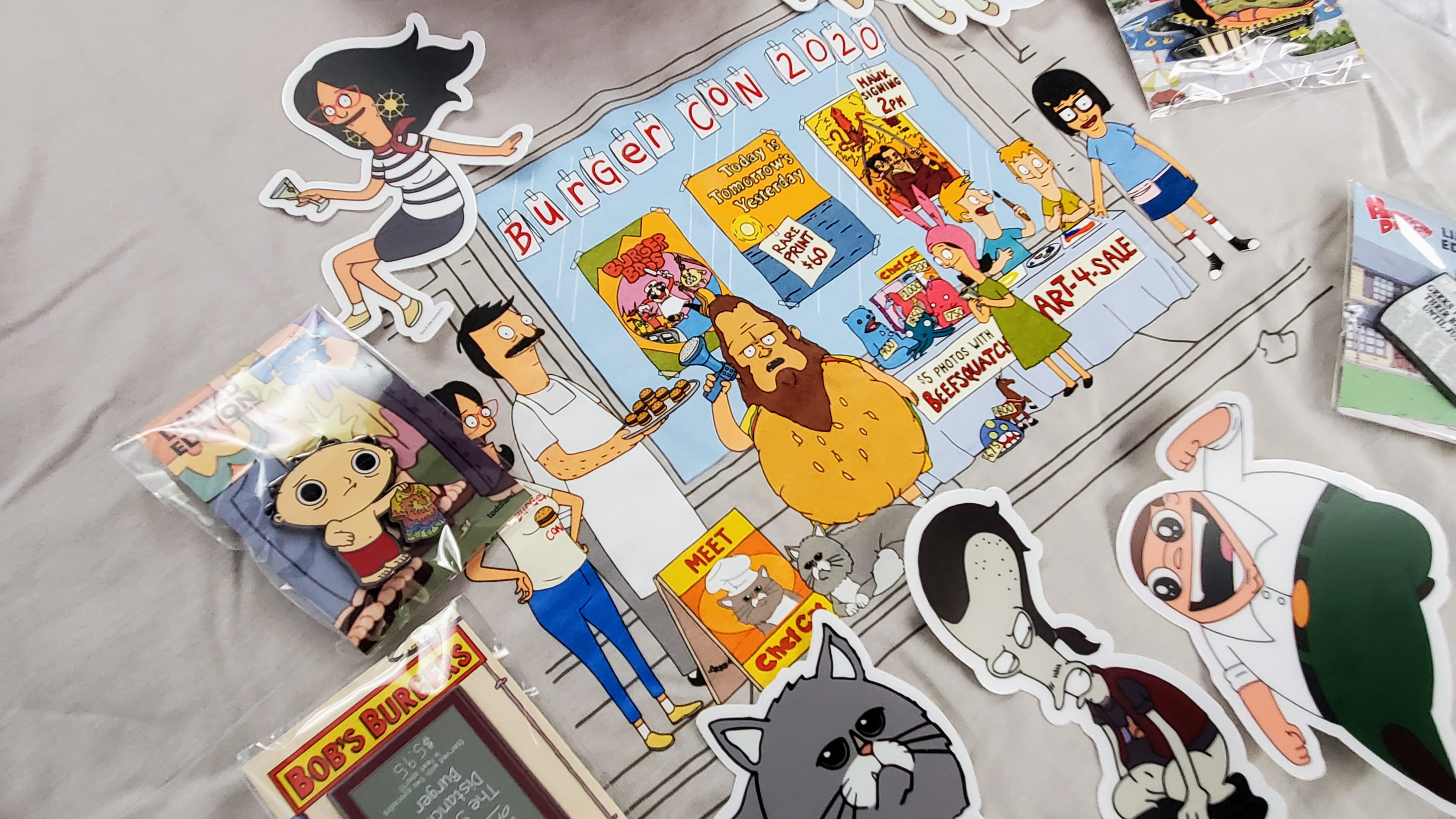 San Diego Comic-Con pivoted to an online version called Comic-Con@Home during the year, which featured some of the elements that made the in-person comic conventions enjoyable. Still, it wasn't the same experience as attending a live convention for those watching and the exhibitors.

"It is true that comic conventions are, for many exhibitors, their primary source of income," Glanzer said. "In an effort to assist, as best we can, we had many exhibitors who would normally have a booth at the in-person event, appear with us at our online event. Our hope is those that visit and take part in Comic-Con@Home will also visit those exhibitors, and we hope that will generate some revenue for them."

For Masters of Toddland, the collectibles and other items he sells at the cons is how he earns most of his living.

He has licensing agreements with Bob's Burgers, Family Guy, and other shows. Toddland designs T-shirts, stickers, posters, bags, figurines, and other exclusive merchandise to sell to fans of those shows.

"We work hand-and-hand with the writers and creators of those shows," Masters said.

Last year was a challenging year. Masters said his revenue fell significantly. He said that about 95% of his income comes from about five comic conventions on the West Coast his company attends as an exhibitor.

However, with everything transacting online. Most of Toddland's items needed to be shipped. The cost of shipping skyrocketed.

"Everything was all unknown last year," Masters said. "Every day, last year was anxiety and panic, especially for a small business."

Masters said they were able to financially make it, thanks to the fans that continued to buy his merchandise online and put up with shipping delays.

But he knows some vendors weren't as fortunate.

As the pandemic wanes and more in-person comic conventions come back, Glanzer and Masters said they can't wait to come back and see the fans.

"We miss the physical, being with people," Masters said.

"There is something truly unique about seeing friends in person and face-to-face," Glanzer said. "I have often said you can see photos from Comic-Con, you can watch videos or news reports from Comic-Con but it is nothing like actually attending Comic-Con. And that has really hit home in light of the pandemic. Comic-Con truly is a celebration of comics and related popular art forms. But it is also a community. A place where people can discover new things, share their interests and passions and make new friends. I know it sounds cheesy, but it really is an incredible experience, a unique experience and one that is hard to explain."