5 ways lightning can strike you

Since 2001, the National Lightning Safety Council takes a week every June to promote lightning safety education. Each year lightning claims about 50 lives in the United States while injuring hundreds more.

Did you know there are different ways a person can be struck by lightning?

To highlight the danger of this electrifying killer, lets review the five ways that you can fall victim to a strike.

The deadliest of all types, a direct strike is just what it sounds like.

A person that has fallen victim to a direct strike becomes apart of the lightning strike’s main discharge channel. This occurs most often when they are outside in an open area.

A side flash occurs when lightning strikes a tall object before then jumping to a nearby person.

In this case, the victim acts as a short circuit for some of the bolt’s discharge. This can frequently happen when a person decides to take shelter underneath a tree, something you should never do!

If you’re sheltering nearby a tree but not necessarily under it, you may still be in danger.

When lightning strikes an object, the current from the bolt will spread down and out along the ground surface.

Given this can affect a much larger area, a ground current strike is the most frequent way people become victims to lightning.

Did you know you can be struck by lightning even indoors?

The most common way for this to occur is through a process called conduction. This is where lightning is transmitted through a medium such as wires or plumbing.

Because lightning can travel a great distance through metal, you can be struck by lightning simply by washing dishes or taking a shower during a thunderstorm.

Be sure to keep away from windows or doors, and hang up the phone if on a corded line.

The least common, but still incredibly dangerous, way you can be struck by lightning is through a streamer.

Streamers form as the main discharge channel descends from the cloud. The surrounding electric field is strengthened as the bolt encounters the positively charged ground and can create smaller discharge channels.

How to stay safe

If you're not able to seek shelter inside, be sure keep the safety tips below in mind. 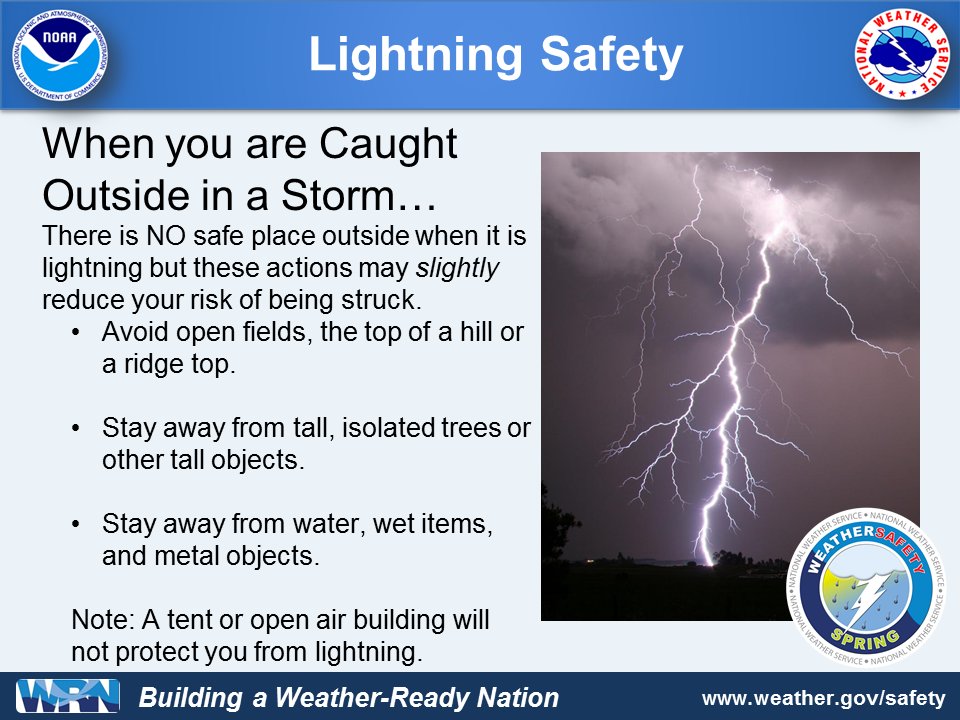