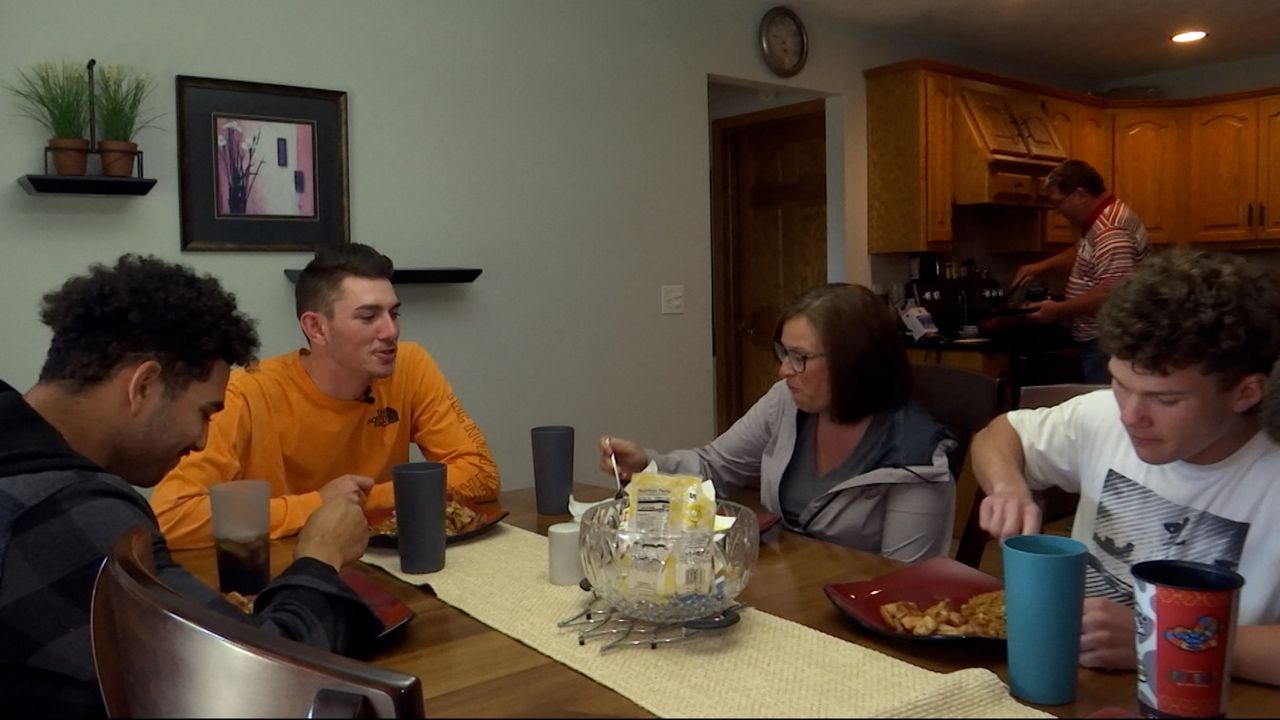 APPLETON, Wis. — The Carpenter family rarely misses a Timber Rattlers home game, especially when Justin Jarvis is on the mound. The former fifth-round pick spends a lot of time at the ballpark and on the road, but when the game ends, he makes himself right at home.

Jarvis is in his third season with the Timber Rattlers (second at the High-A level). Like most Brewers prospects assigned to Wisconsin, he found himself in an unfamiliar place when he arrived. Now 22, the right-hander has become part of the baseball-loving Carpenter family, who have hosted Jarvis and many other players in their Darboy home over the past six years.

“People ask me all the time, ‘How do you do it with all these kids in the house?’" Barb Carpenter said. “It’s just like one of your own children.”

Barb and her husband Dan have three sons of their own, and before the two eldest moved out, two of the boys would surrender their bedrooms to the players and move to the basement for the summer.

“Coming home to see them every day, it’s like another brother, even though my other ones moved out,” said Tyler Carpenter, who just finished his junior year at Kimberly High School. “They’re just a brother to me.”

Jarvis and Cam Robinson, the Timber Rattlers’ closer, could have chosen to live in furnished apartments. Starting this season, Major League Baseball franchises are required to provide housing for minor leaguers. Even with the new housing policy in place, Jarvis and Robinson chose to stay with the Carpenters.

“Baseball season is kinda hard,” Robinson said. “You’re just with the guys all the time, so you don’t get a lot of family time. But with a host family like [the Carpenters], who are great, they give you that.”

Robinson hails from Orlando, while Jarvis grew up in North Carolina. The two pitchers say they are lucky to have become part of this family in Wisconsin.

“They’re basically like my second parents at this point now,” Jarvis said. “I’ve spent more time at this house than my own in the last two years.”

For the host family, the hope is to someday watch these players take the field in Milwaukee. They know it’s a long and winding road to "The Show," so the Carpenters try to make the stint in Appleton a memorable one.

“When it comes to the end of the season and they don’t have their vehicle here and I have to take them to the airport, it’s tears,” Dan Carpenter said.

The end of each season is bittersweet, but it’s not a goodbye. The Carpenters stay in touch with all the players they’ve hosted over the years, making trips to Triple-A Nashville and to Phoenix to see them at Spring Training.

Jarvis and Robinson will eventually move on and move out. When they do, they’ll open a seat at the kitchen table for the next prospects lucky enough to join this baseball family.