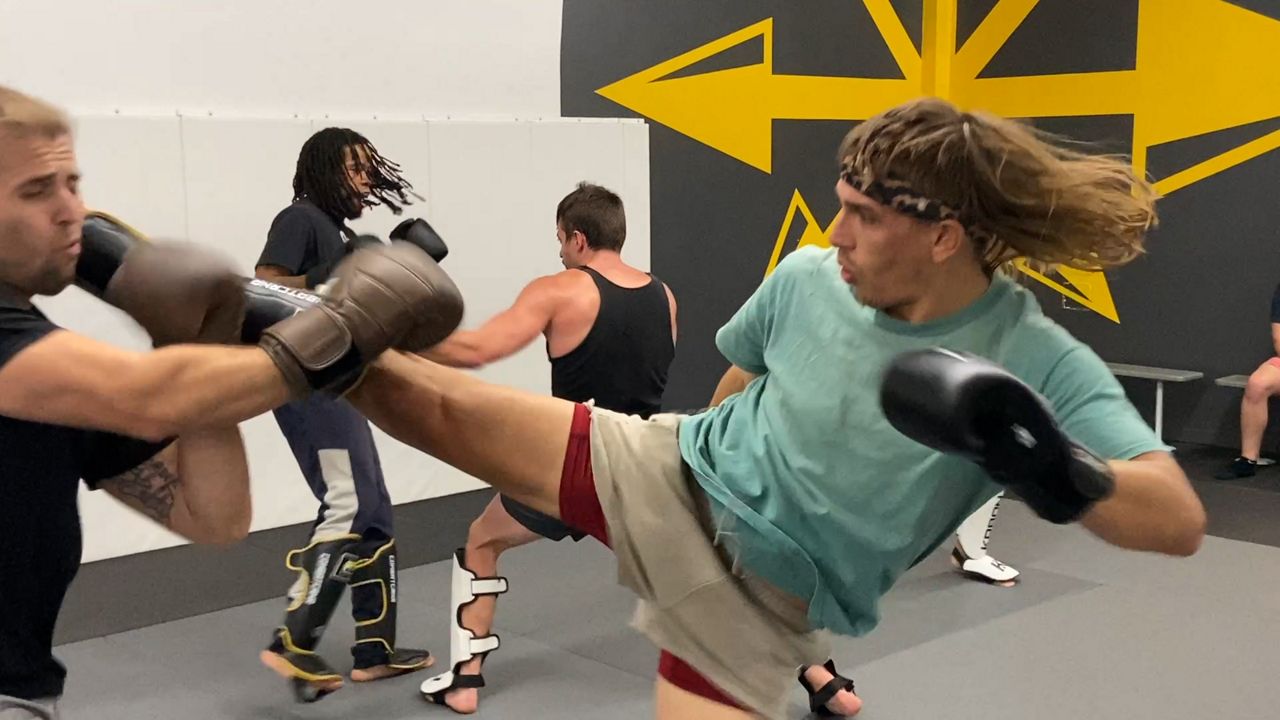 Something to fight for: Meet the VA nurse who doubles as an undefeated MMA pro fighter

MILWAUKEE — By day, Austin Lutchen navigates the Milwaukee VA Medical Center. The Riverwest native works two 12-hour shifts each week, and it has been an exhausting year. When Lutchen is not at the hospital, he pushes his body to the limit at Primal MKE, a mixed martial arts gym in West Allis.

Lutchen, 28, started training as a 17-year-old. He calls his younger self “a screwup,” and MMA offered some direction after his father’s passing.

For a few years, Lutchen fought on the amateur circuit while working odd jobs to pay the bills. Before he turned pro, his mother offered some life-changing advice. She is a registered nurse and suggested her son finish his nursing degree before dedicating most of his time to fighting. He did so in 2018 and soon joined the professional ranks.

Lutchen has heard from doubters in both professions.

For an MMA fighter, turning pro does not mean joining the UFC — at least not immediately. Lutchen made just a few hundred dollars for his first few professional bouts. Most recently, he has competed in the b2 Fighting Series, improving to 5-0 as a pro, finishing all his opponents in the first round.

Fight fans should keep an eye on this lightweight (155-pound max). They may soon recognize his bleached blonde mullet and his nickname: Funkyburd. The avian moniker came from longtime coach and Primal MKE co-founder Scott Sievewright as Lutchen was getting into shape.

“He started calling me Chunky Bird,” Luchen recalled. “Then I started slimming down, and the Funkyburd was born.”

Lutchen is a VA nurse by day and a laser-focused fighter by night. When it’s time to hang up his gloves, he can always change right back to his scrubs.

“I’m not gonna fight forever,” Lutchen said. “I’ll probably fight until I’m 35. It depends on how good I get. But, I’m not gonna do this forever. No way. My brain’s too precious.”

Lutchen is now chasing bigger paydays and a bigger stage for his next fight. He says he can feel his big break coming. After 11 years of training, the Funkyburd is ready to fly.