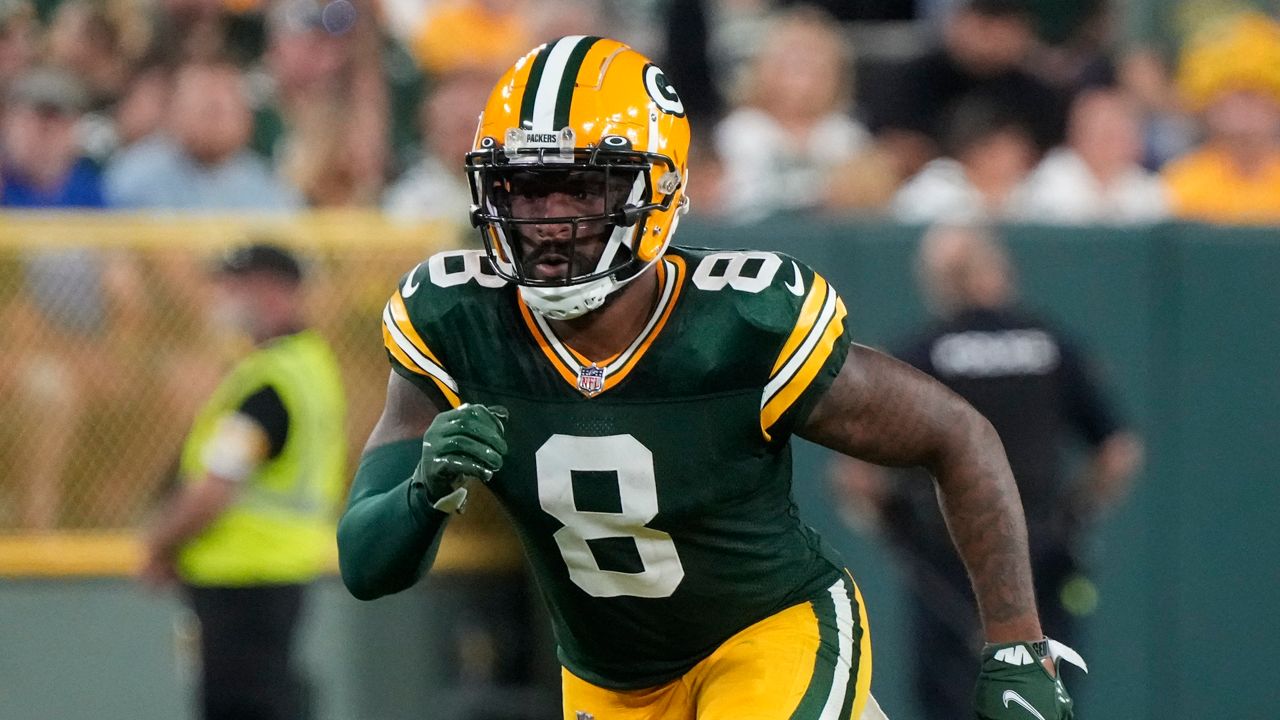 GREEN BAY, Wis. — Amari Rodgers has a long history with Randall Cobb. They're both from the Knoxville, Tennessee area. Now, they're Packers teammates, both playing wide receiver.

Rodgers was a third round pick out of Clemson. Rodgers' dad was Cobb's college position coach at Kentucky.

“I grew up in Knoxville where he grew up," Rodgers said. "Even at 7, 8, 9, I grew up watching him play through high school, so I’ve always had my eyes on him. Now I get the opportunity to play with him and learn from him. It’s really a dream come true. Since I switched to receiver, I’ve been reaching out to him, getting advice. Now I’ll be able to get it every single day. I just know it’s going to enhance my game even more.”

“Ever since I’ve been a kid, I’ve just been very motivated. Just being who my dad is, growing up in a city where he brought a national championship. I had those high expectations in Knoxville. I always had a chip on my shoulder to prove to everybody that I am the player that everybody expects me to be,” he said. “Every single week I step on the field trying to prove that I am Amari Rodgers. I’m not just Tee Martin’s son. That’s really just been my goal my whole career, just to make a name for myself. That’s really what drives me.”

Tee Martin is now the receivers coach for the Baltimore Ravens, a team the Packers will play in December.

“I definitely talk a little smack too," said Rodgers. "I’m ready for that week for sure. There’s definitely going to be a lot of family there. We gonna come out. We got to. I gotta beat him. I’ve never played him before, so now that I have a chance, I definitely gotta come out on top.”

A receiver by trade, Rodgers figures to line up at running back at times. He'll also return punts. Rodgers said he won a championship in high school and college. Now he says wants to win a Super Bowl.