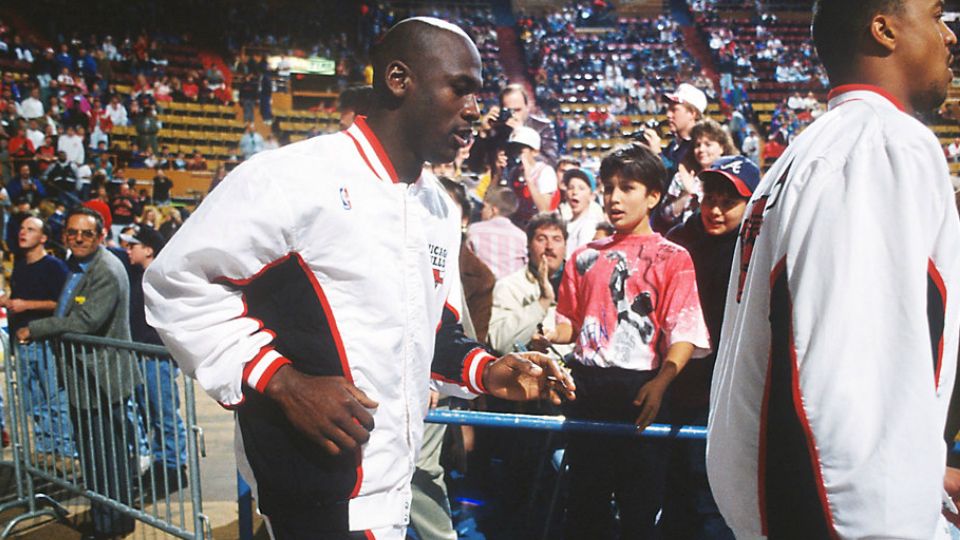 (SPECTRUM NEWS) -- We may think we know more about Michael Jordan after watching "The Last Dance" documentary on ESPN.

It's a safe bet we don't know Jordan at all compared to Joe Wolf. The Kohler native played with Jordan for the 1983-'84 season at North Carolina. He even lived with him.

In an interview for Spectrum News 1, Wolf shared his unique insights into the Michael Jordan he's known long before the superstardom and six NBA championships with the Chicago Bulls.

"I shared a suite with he and Buzz Peterson and David Hart, who was a senior manager that year. So I have many stories from the suite that we shared together. As a teammate and as a person, just a quality individual. Highly competitive as we have all seen in “The Last Dance”. What people I think fail to recognize was that people struggle when they get to that level. They struggle with the compassion they have for people and situations and being competitive. I’ve known Michael since I think the 9th grade, from camps and playing against him then. I know his family. Mom and dad were great people. Mom is a sweetheart and dad was funny as all get out. Brothers and sisters were quality people so I know where he comes from. I know who he is, deep in his core. He’s got a lot of compassion for things. I think one of things he had to overcome was the fact that he’s so competitive that he wanted to be the best. So people don’t see the compassion part of him when they see him as a Chicago Bull because of the fact he was so focused. His conviction to be the greatest and to have his team recognized as the greatest was an overriding thing for him."

Wolf went on to a long NBA career that included a one year stint with the Bucks.

His coaching career includes time as an assistant coach with the Bucks.

Wolf currently is the coach of the G-League Greensboro Swarm, owned by Jordan and the Charlotte Hornets. Wolf says these days he only has minimal interaction with Jordan.

Yet Wolf says there's plenty that people should know about Jordan that they don't.

"The little stories. The things that he does. I’ve heard stories about how after games at Chicago Stadium and the younger guys would ask him for shoes and he would always ask ‘well, what are your grades like?’ From what I heard, it’s when they brought him the report card, that’s when they would get the shoes. I believe those stories to be true because I know who he is and where he comes from."