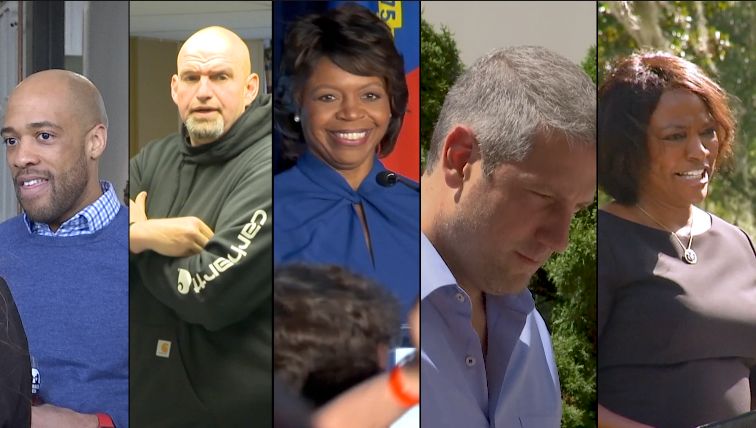 WASHINGTON — Five Democratic candidates for the U.S. Senate are raising money together, as they try to win five U.S. Senate seats now held by Republicans.

Democrats have long eyed Pennsylvania and Wisconsin as their best opportunities to expand their razor thin majority. In recent weeks, they have come to believe that GOP seats in North Carolina, Florida and Ohio also are vulnerable. The announcement that the five Democratic candidates in those races are teaming up for fundraising reflects the party’s increased optimism heading into the fall campaign.

“Our races are Democrats’ best chance to pick up seats this November and bring change to Washington,” Cheri Beasley, North Carolina candidate for U.S. Senate wrote in part in a tweet announcing the fund.

Beasley, Mandela Barnes of Wisconsin, John Fetterman of Pennsylvania, Tim Ryan of Ohio and Val Demmings of Florida announced what they’re calling the "Flippable Five Fund." It’s an appeal to progressive Democrats, arguing that if all five are elected, Congress is much more likely to enact progressive policies.

“If we want to end the filibuster and codify Roe, we need to expand our majority,” Beasley wrote on Twitter.

It’s time to expand the Senate majority and get things done for families and working people across the country.

Glavin cited a 2014 Supreme Court decision, which removed aggregate limits on how much an individual can give — in total — to all candidates. Glavin said that makes joint funds more appealing for those involved.

“[This targets] donors who can write a maximum contribution to a candidate or a maximum contribution to the party committee,” Glavin said. “Traditionally, these have been really focused on these type of donors. And these are the people who are more able and willing to write the kind of check that can then be spread out among a group of candidates or committees and have all of those parties feel good about what I got out of it.”

Barnes’ team said, at the moment, there are no plans for the five to campaign in person together.