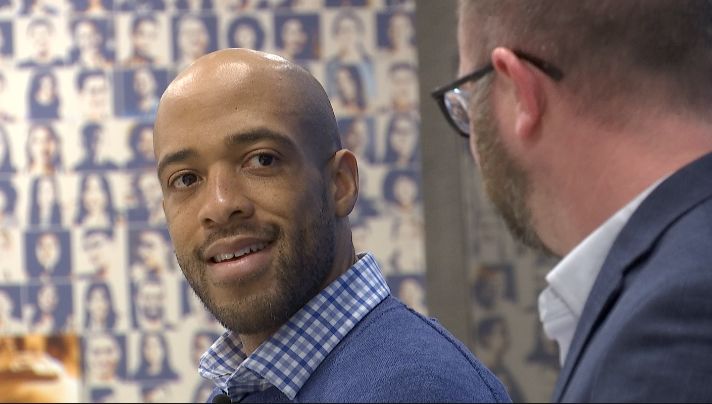 “The Senate is broken, unfortunately,” Barnes said. “And alongside Governor [Tony] Evers, we've done the hard work to deliver opportunity to weather the pandemic to provide relief for hardworking families, for small businesses and family farms. But, unfortunately, the Senate has been slow to respond to the needs of the people.”

But first, he’ll have to fend off nearly one dozen other Democrats battling for the party’s nomination. And his campaign believes he’s poised to do just that.

“I know [Barnes is] going to continue to fight for us and for small businesses, working families and for farmers and growers and the state of Wisconsin,” Rep. Shelton said during a meet-and-greet event with in Green Bay last week.

She joined more than 120 state and local elected officials who are now backing his run.

"I think we can be moderately confident that the rank order at the moment is Barnes and [Alex] Lasry and then you can argue about [Tom] Nelson and [Sarah] Godlewski and some of the others exactly where they are," said Charles Franklin, director of the Marquette Law School Poll. "What might change if each of those campaigns begin to do advertising, more news, appearances, and so on but I think we do have a clear front runner for the moment and it's Barnes."

One notable nod came from Congresswoman Gwen Moore, D-Milwaukee last year. She penned an open letter urging the party to unite around Barnes with five months left in the primary. But his critics groan that he might be treating this race like his coronation instead of a contest.

“Well, I'll say that Congresswoman Gwen Moore joined scores of others,” Barnes said. “There were 60 people who signed onto that [letter]. And I'll tell you, we got to this place because of hard work. My campaign for lieutenant governor wasn't easy. That wasn't a coronation. I was outspent like five-to-one. Everything we did was the grassroots organizing. So I got elected as state representative, I got elected in 2018. And that's exactly what we're doing now.”

Barnes acknowledges his current job gives him visibility and an edge in a crowded primary but he says he’s putting in the work.

“I'm the only candidate who's been at every county in the state of Wisconsin, long before I ever consider asking folks for their vote,” Barnes said. “And long before I ever thought about running for the United States Senate. And so we're continuing that.”

In January, his campaign released an internal poll showing Barnes with a 29-point lead over his nearest Democratic rival.

But a recent Marquette University Law School Poll found​ that Barnes, like the rest of the field, is still not well known with voters.

“Well, the lieutenant governor is the best known in the Democratic field and he's actually a little bit better known than he was when he was a candidate for lieutenant governor in 2018,” said Franklin. “The point of all of this is that those of us that are political junkies that follow politics day in and day out and check the phone first thing in the morning to see what's happened. We've been following this for a long time. But it's important to realize that for average voters, even average primary voters, they aren't that tuned in or many of them are not.”

Republicans, and even some of his primary opponents, are accusing Barnes of flip flopping on his progressive views. 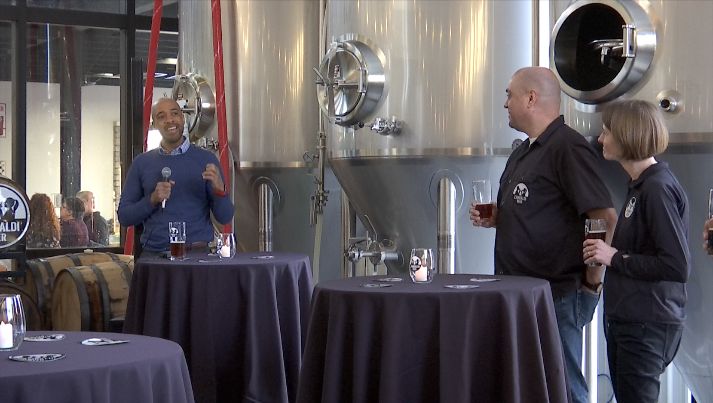 The state’s GOP party wants Barnes to answer a photo of Barnes holding a tee-shirt with the slogan “Abolish ICE (U.S. Customs and Immigration Enforcement)’, that has circulated on social media for years and they say Barnes’s calls for criminal justice reform would amount to defunding the police.

“The truth is [Barnes] is a far-left activist who is out-of-touch with the mainstream,” Anna Kelly, Communications Director for the Republican Party of Wisconsin wrote in part in a statement to Spectrum News. “From changing his stance on Abolish ICE to advocating for more criminals to walk free via reckless cash bail policies, Barnes would put the far-left first at Wisconsinites’ expense.”

Barnes says he’s been unchanging on his positions.

“I don’t support defunding the police,” he said. “But what I do support is investing just as heavily in community resources in the prevention of crime, investing in schools, good paying jobs, the things that keep communities safe to prevent crime from happening in the first place.”

On immigration, Barnes says he doesn’t support calls to abolish ICE because it’s not a comprehensive solution.

“I don't support abolishing ice, but I do fully support addressing the concerns and issues and challenges that people have so that we can have a fair, comprehensive immigration reform system that will create a pathway to citizenship,” he said. “One that treats people with dignity, and one that prevents people from having to deal with traumas like family separation, and we can do this while keeping our border safe at the same time.”

He’s hoping to tackle those issues from Capitol Hill next year. If elected, Barnes, 35, would be the first African American in the Senate from Wisconsin and one of the youngest senators.

“There's a whole diversity of experience that’s missing from the United States Senate,” said Barnes. “There aren't a lot of working class people there. You know, it's known as a millionaire's club and as a very exclusive place to be. But that's not American. And that's why the Senate has failed to respond to the most pressing and urgent needs of Americans.”