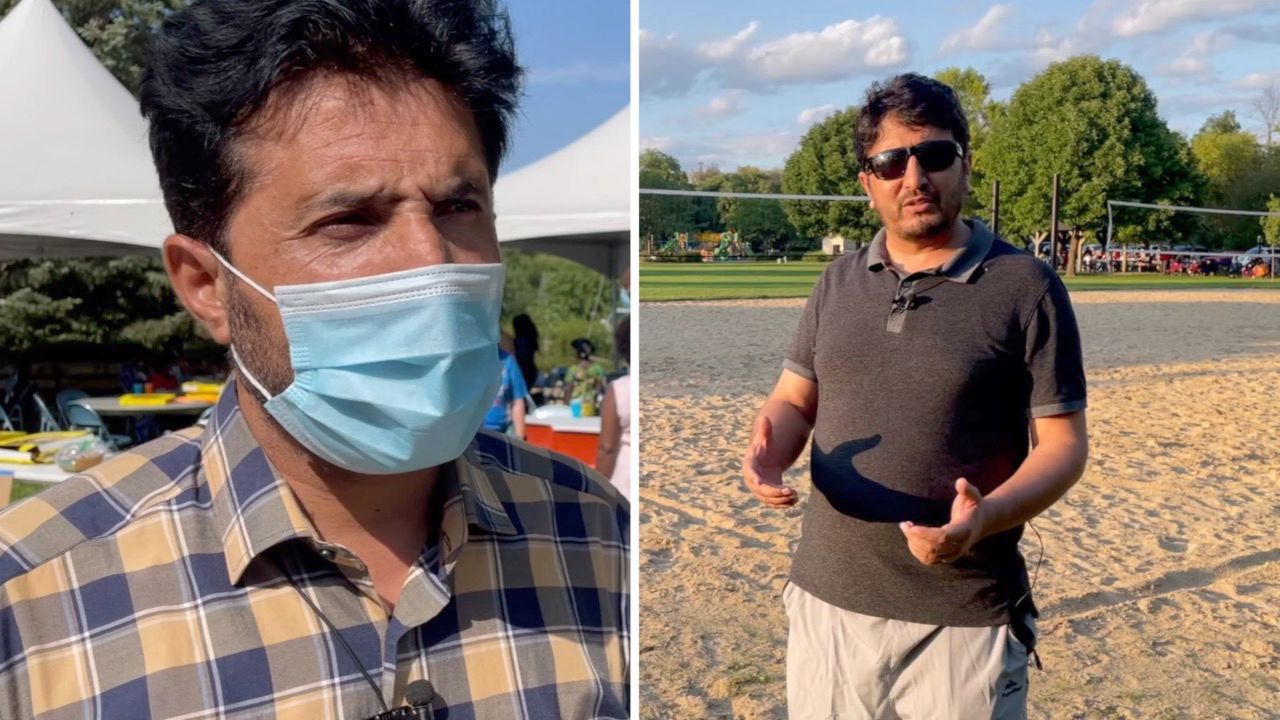 MADISON, Wis. — As many Afghans flee the Taliban’s regime, former refugees reflect on the transition to life in the United States and the future of their native country.

Now several years settled into the Madison area, Khalid says he feels at home. “[There are] many different people, different cultures and they’re good,” said Khalid. “You know, I love Madison.”

Khalid tells his life story at an event in Madison.

He, his wife and two kids immigrated from Afghanistan in 2017 to get away from decades of war. He was granted a Special Immigration Visa (SIV) because he worked with the U.S. Army. Due to the terms of the visa, they had to leave behind his parents, brothers and other family members. “My two brothers work for the military, the Afghan military,” said Khalid. “Many [in my] family and everyone is very concerned.”Khalid says the sense of fear came rushing back last month after the Taliban’s resurgence and quick takeover last month. He’s actively looking into ways to get his family out.

“I talked with here with some immigration attorneys [about] how should I help my family to open some documentation or some paperwork for them to come,” he said.

But even during moments of uncertainty, quite a few one-time refugees from Afghanistan still find hope in each other.

“[We have] more freedom: you have a job, education available for your kids, and more opportunities,” said Mohammed, a settled Afghan refugee in Waukesha.

The opportunity to play volleyball with refugees just like him is something Mohammad says he doesn’t take for granted.

“Comparing this life with the other life in Afghanistan is a big difference,” said Mohammed.

He brought his wife and children over to the states in 2014 on a SIV he earned by working with the U.S. government. He fled the country after receiving threats because of that association.

“The challenging part for me was missing my family and my parents,” said Mohammed. “And my dad was old when I was coming here. He was 97 years old. After three years, he passed away.”

He says while he’s trying to make the best life for his kids here. While he received a Bachelor’s Degree in engineering in Afghanistan, he had a hard time landing a job in his field in the U.S. He told himself he’d need to go back to school to do that. In May 2020, he graduated with a Master’s Degree from University of Wisconsin-Madison in Cartography and Geographic Information Systems (GIS). Following in his father’s footsteps, Mohammed’s oldest son is now pursuing a degree in engineering as well.

“I’m always telling them, ‘Okay, guys, you are now in an environment, in a country, that you have a lot of opportunity for you education-wise, jobs, security, environment, food, health, everything is in a good condition,’” said Mohammed.

Mohammed can’t help but feel uneasy for his family still in Afghanistan. He says despite the promises by Taliban leadership to preserve the rights and freedoms of the Afghan under its rule, he and his family are unsure what the future will hold.

“I was just talking with them week ago,” said Mohammed. “[I said:] ‘Hey, I'm trying to put in an application for you guys to see if we can bring you out here.’ And they were super happy. [They said:] ‘Wow, that would be awesome if that is gonna happen.’ And especially in their case, they said, ‘Well, yeah, we need to go there.’ I said, ‘Please do not be optimistic. I don't know.’”

Unknowns withstanding, Mohammed himself is remaining cautiously hopeful that one day he could share these experiences with others looking for a better life.

“I'm a kind of a person that always thinks positive,” said Mohammed. “So even if the things are going to the wrong direction, I'm also thinking there might be some positivity here or there.”

With Fort McCoy, the U.S. military base in Wisconsin, preparing to host up to 13,000 Afghan refugees, that opportunity could come soon.