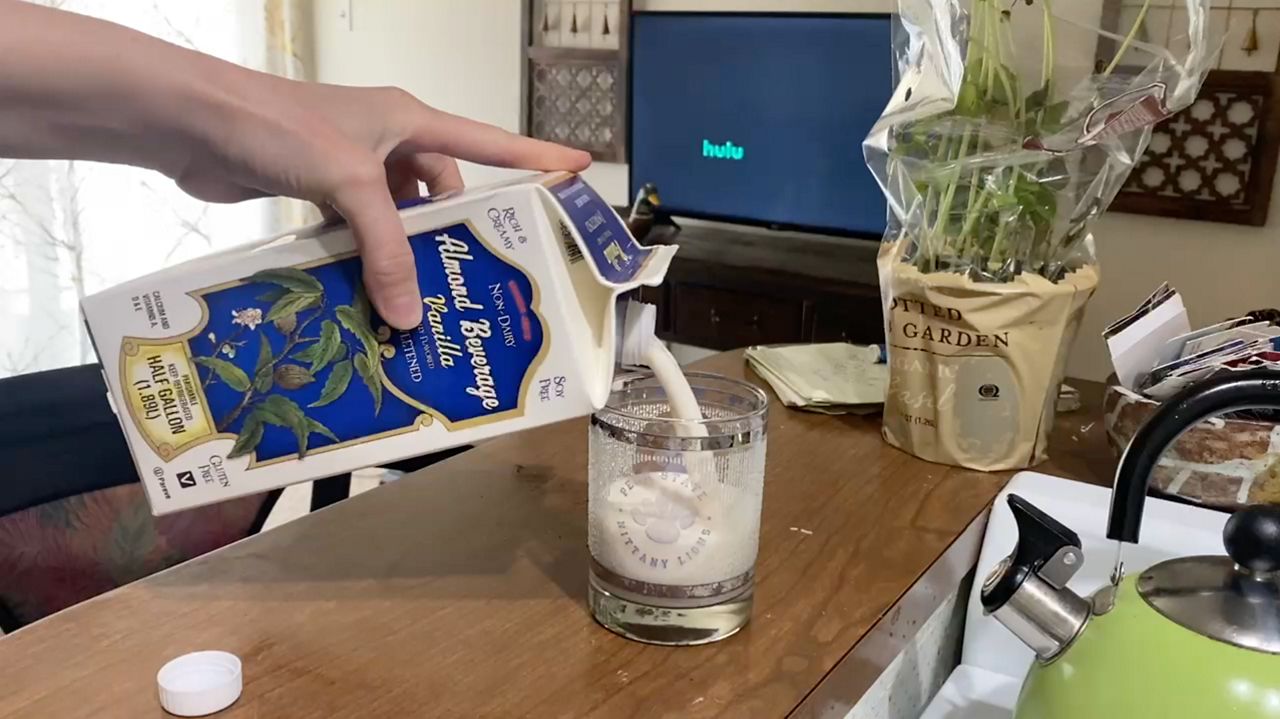 WASHINGTON — There is a debate that’s gaining ground in Washington over what to call what’s going in your cup.

Brody Stapel, a dairy farmer in Wisconsin, is asking the Food and Drug Administration (FDA) to tighten its rules regarding term usage on non-milk products. He has lobbied for a crackdown in Washington for years out of fear those products are confusing consumers.

As the president of the Edge Dairy Farmer Cooperative, Stapel passed along his concerns to Sen. Tammy Baldwin, D-Wis. during a virtual meeting last week. She is sponsoring the DAIRY PRIDE Act, requiring foods not made from milk, but labeled as such, to be considered “misbranded” by the FDA.

Sen. Baldwin, in a senate committee hearing one day after her meeting with Stapel, pressed the agency to update its enforcement standards.

“I would note yesterday that the FDA issued a final rule on the standards of identity for yogurt but more work needs to be done,” Sen. Baldwin said in the hearing.

FDA Acting Commissioner Janet Woodcock said it would continue to pursue distinguished branding guidances but was vague on how it would. When questioned by Sen. Jerry Moran, R-Kansas on how long the agency took to update yogurt standards, Woodcock said she, too, believes it took too long.

“I agree that it’s too long for modernization however I will tell you that my technical assessment is that, certainly, the Center for Food Science and Applied Nutrition did not have enough staff on this to get the job done previously and currently still do not have enough staff,” said Woodcock.

Woodcock presented the agency’s FY22 budget but did not request funding to increase staffing to address this issue.

For health and other reasons, consumers are showing a taste for dairy-like products made from oats, soybeans and nuts.

“Cow-based dairy is really on the way out for a variety of factors, one of which is people realizing that they have these excellent alternatives that don't have some of the liabilities that animal-based dairy does,” said Vance Lehmkuhl, communications director for the American Vegan Society.

Advocates for the alt-milk industry insist that many food companies are self-correcting, avoiding words like milk and cheese altogether. Lehmkuhl says that whatever they call their products won’t change the growing demand for them.

“You have silk, you have Almond Breeze, you have Oatly, you have all of these brands now,” said Lehmkuhl. “That’s what people are looking for. So if you remove the word milk out of that label — if this all came through the way that they want it to happen — I still just don't see it having much impact on the general trend that people are abandoning cow's milk and trying many of these other products.”

Stapel believes even if companies are updating word usage themselves, federal enforcement is still necessary.

“The damage has been done from our perspective already,” he said. “We're behind the eight ball on this. I don't know that this is our saving grace or the one big thing that we need in order to keep small farms in business, but nonetheless, if we can push this avenue we need to continue doing that.”

Sen. Baldwin’s bill has bipartisan backing from seven senators and more than 30 lawmakers in the House.