What is court-packing and how do Wisconsinites feel about it?

MADISON, Wis. – Lately, you have probably heard the term “court-packing” used a lot more than you're used to as proposals are being pushed around Washington, D.C.

Court-packing refers to changing the size of the Supreme Court, usually by adding justices. However, the motivations for doing so are complex. More often than not, it is about partisanship.

For about the last 150 years, the Supreme Court has had nine justices, but it hasn't always been that way. 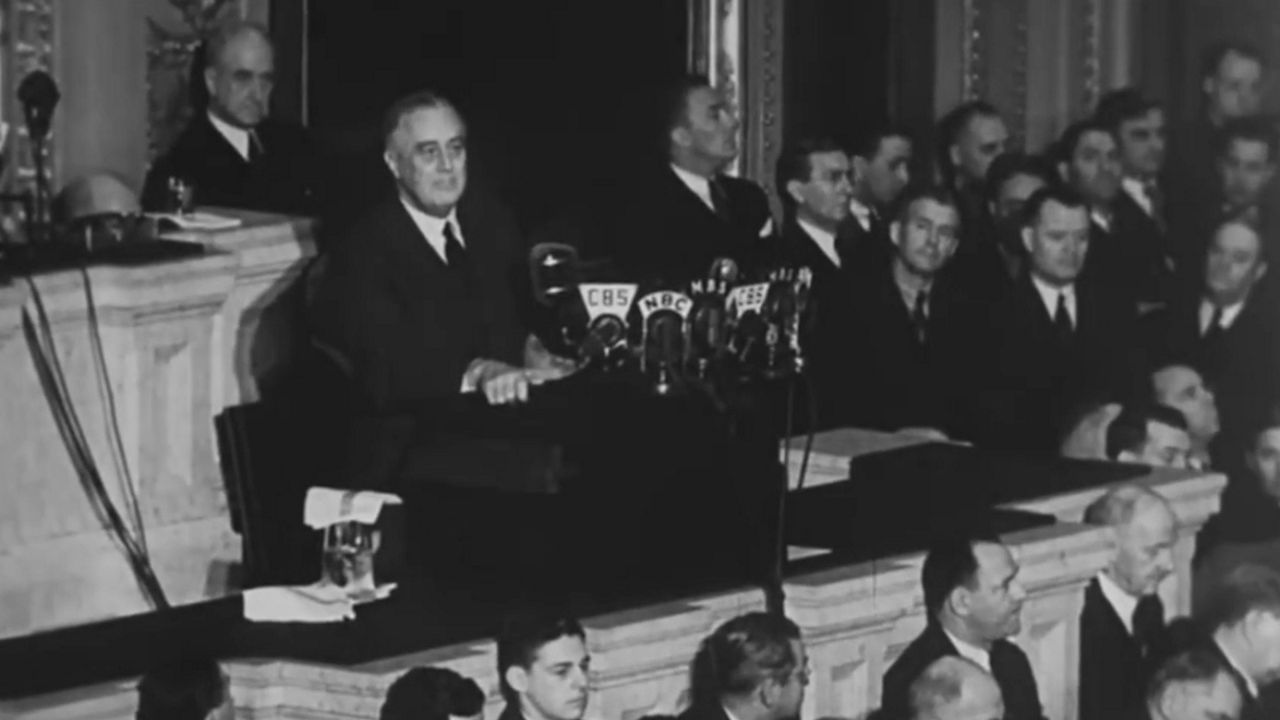 University of Wisconsin-Madison Political Science Prof. David Canon said there hasn't been much of a push to expand the court since President Franklin Roosevelt in 1938.

“The Supreme Court is not fixed at any given number in the Constitution,” Canon said.

Why Do Some Lawmakers Want To Add Justices to the Court?

According to Canon, those in favor of the idea see it more as un-packing the court. Some Democrats argue that Republicans' refusal to confirm Merrick Garland, an Obama nominee, before a presidential election, but doing the opposite when Trump was president took away what could have been a 5-4 edge for left-leaning justices.

“When the situation, though, was presented to them, when Donald Trump's, you know last year of the presidency when Ruth Bader Ginsburg died, they rushed that through in like three weeks,” Canon said. “Rather than having almost an entire year for Merrick Garland, so there was, you know a complete contradiction.” 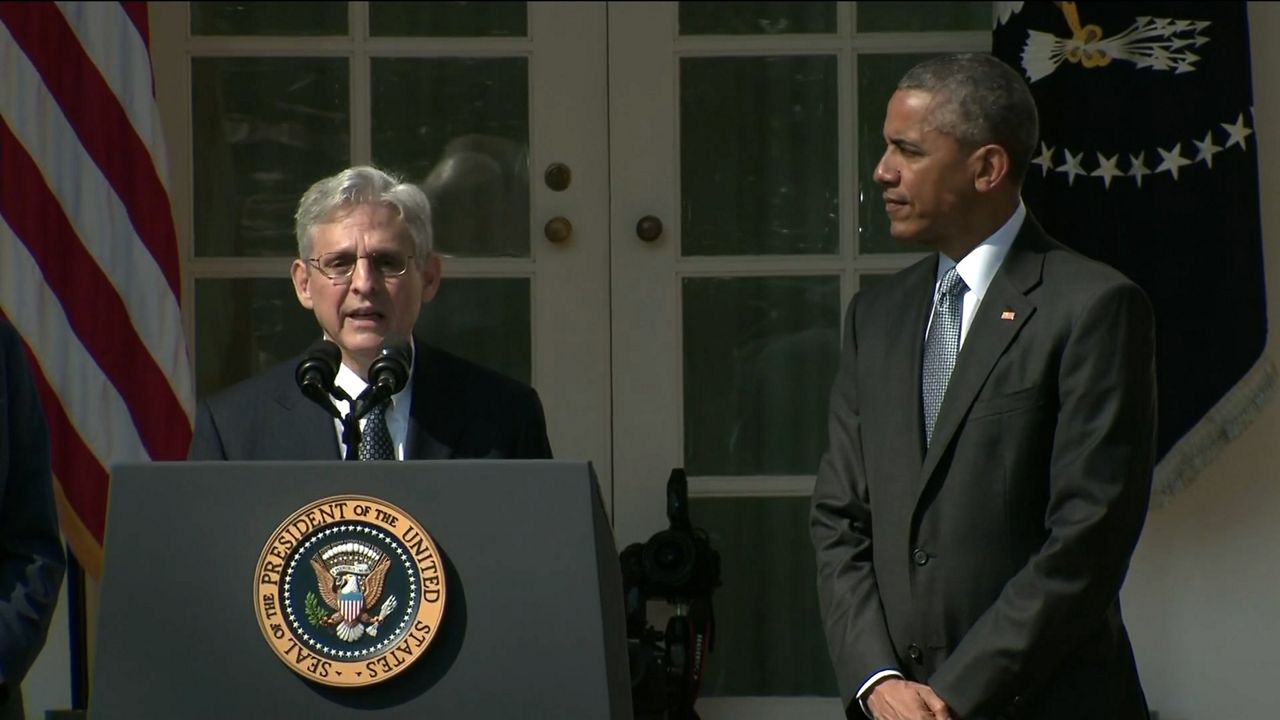 The push to add four justices would shift the balance on the court to 7-6, which would be equivalent to the 5-4 majority supporters believe the court would have had anyway. Canon said opponents to the proposal see it as a pandora's box of politicization.

How Do Wisconsinites Feel?

You might think this sounds like a divisive issue, but so far public opinion on expanding the court hasn't been strong. More than 70% took a mild approve or disapprove stance. 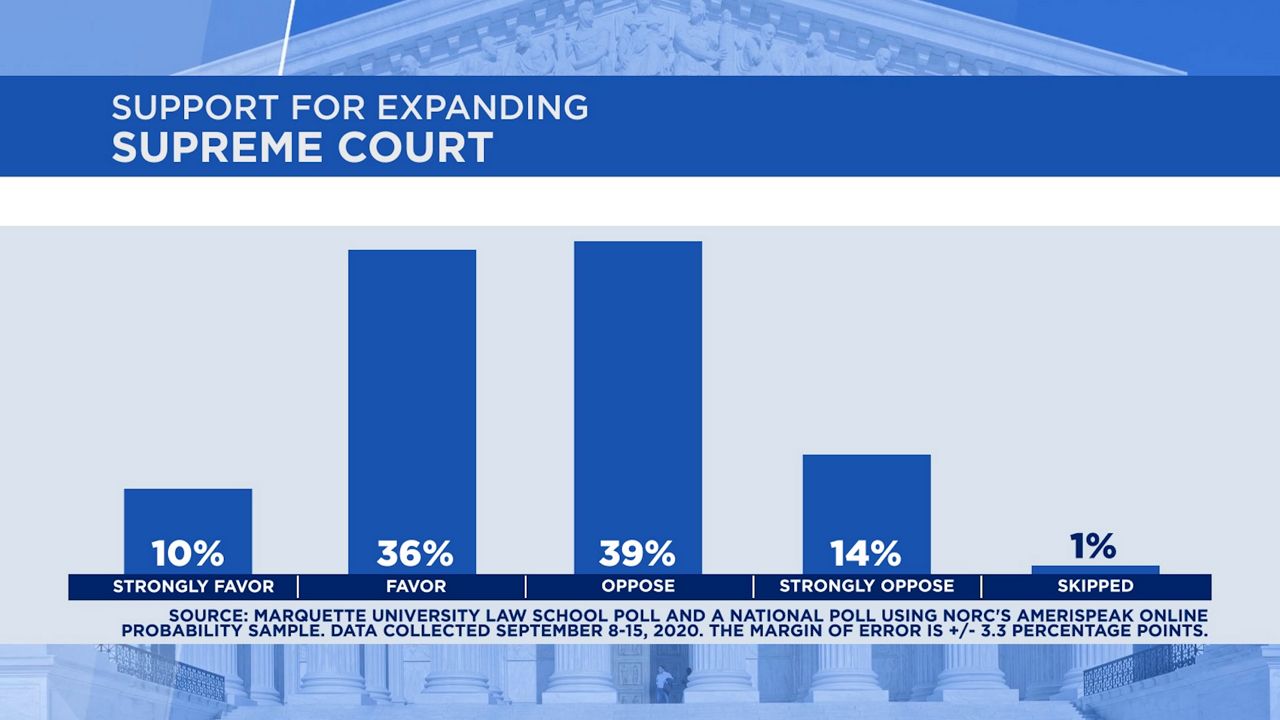 “I think the most important finding we have is that while people have some opinions about increasing the size of the court, those opinions are strikingly not very intense,” Marquette Law School Poll Director Charles Franklin said.

Franklin went on to explain that while the latest data was collected before Justice Ruth Bader Ginsburg's death and Justice Amy Coney Barrett's appointment to succeed her, people often get fired up about issues based on how leaders act.

Public opinion on expanding Supreme Court has not been intense, strong support 8-10% and strong opposition 14-17%. Over 70% in milder approve or disapprove categories. Party affects strong oppose but not much so for strong support. 2020 data completed week before RGB death. 1/n pic.twitter.com/QtIpWUg7K5

“The president, President Biden, is not pushing this hard, and as long as there are mixed voices within Democrats in Congress about it, then I think we may see that opinion remains sort of lukewarm on this issue for a while,” Franklin said.

When Could a Change Happen?

Earlier this month, President Biden ordered a 180-day bipartisan study of adding seats to the Supreme Court, which could lead to the first changes in more than a century.