WASHINGTON, D.C. — The families of several Black Americans who died at the hands of police took the stage at the March On Washington following a rousing speech by Martin Luther King III.

King’s speech was especially impactful as he delivered it from the same stage that his father, Martin Luther King Jr., delivered his famous “I Have A Dream” speech 57 years earlier.

Before beginning his address, King introduced his daughter Yolanda Renee King, the only granddaughter of Martin Luther King Jr. and Corretta Scott King. In her speech, the 12-year-old called on her generation to be the leaders of tomorrow. 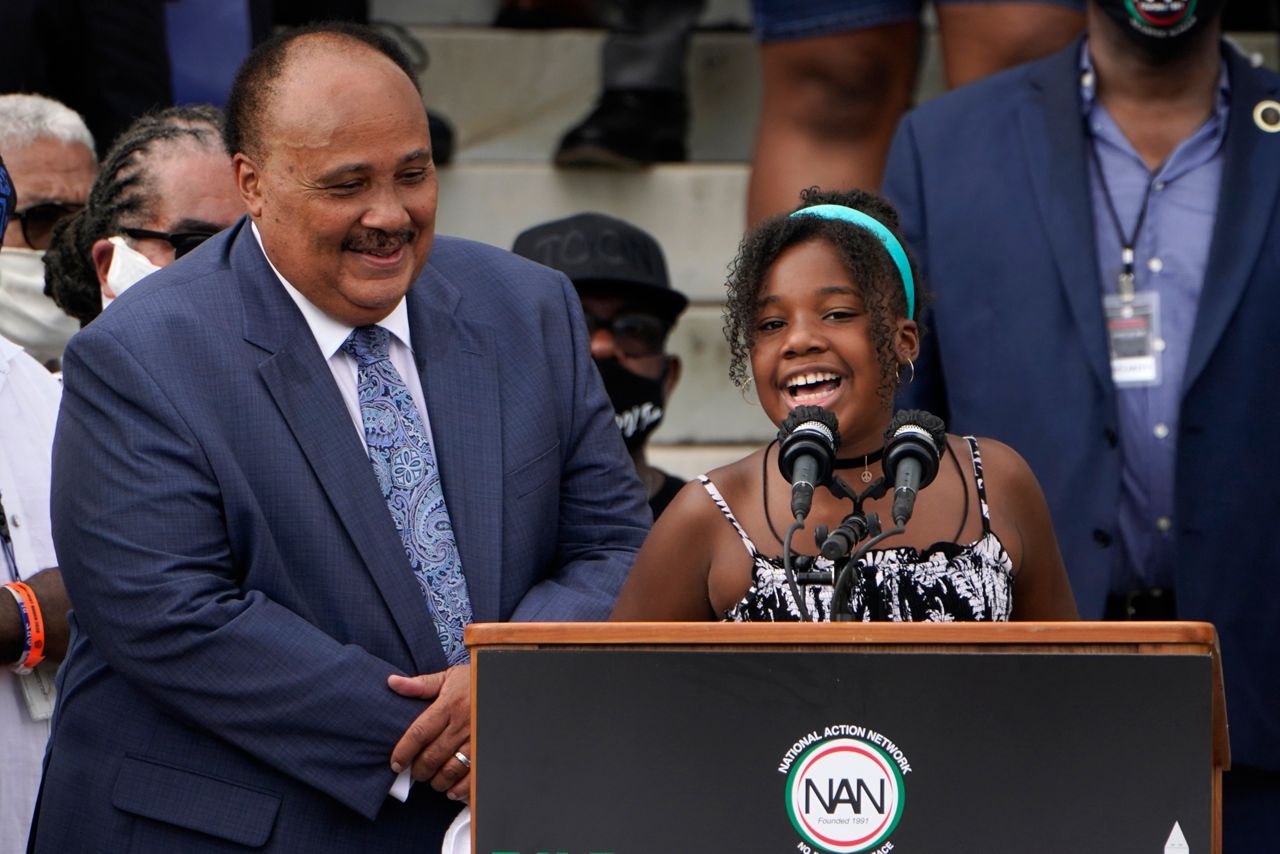 Martin Luther King III’s speech echoed that of his daughter, saying his father would be proud yet sad that his family is continuing the fight for justice.

"Dad would be very proud that people are coming together to stand up against injustice. But certainly very sad that we're still attempting to get justice," King said in his speech.

“The reason we had and still have to say ‘Black Lives Matter’ is because we get less healthcare, like we don't matter. We go to jail longer for the same crimes, like we dont matter. We get poverty, unemployment, double the others like we don’t matter,” Sharpton said in part. “Black lives matter and we won’t stop until it matters to everybody.” 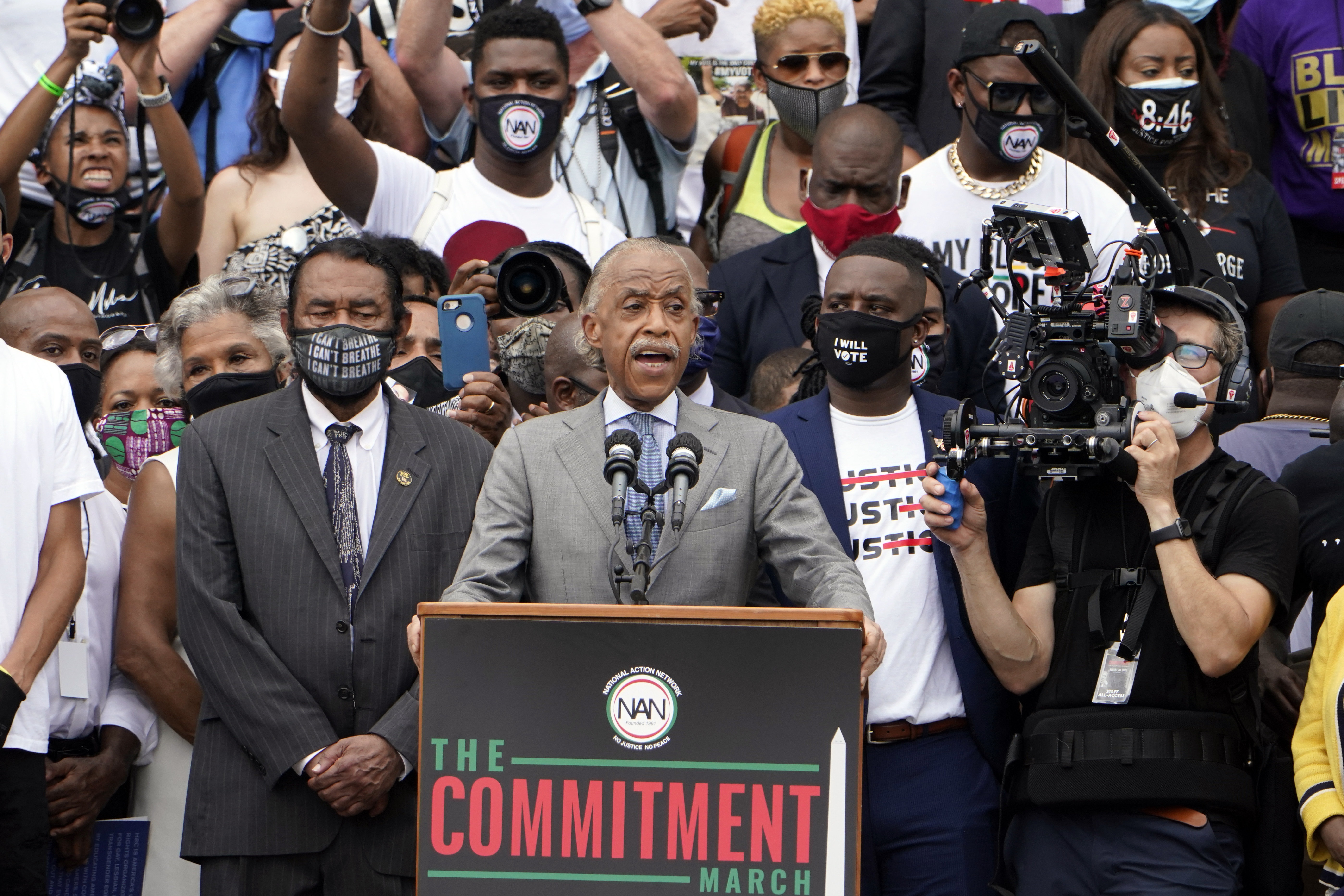 Following his speech, Reverend Sharpton introduced Tamika Palmer, the mother of Breonna Taylor, to a chorus of “Say Her Name.”

Breonna was shot and killed in March when police executed a no-knock warrant at her Louisville, Kentucky home. Breonna’s mother thanked those who have been fighting for justice for her daughter.

“What we need is change and we are at a point where we can get that change, but what we have to do is stand together and vote,” Palmer said, before pausing for another round of chants of her daughter’s name from the audience.

“I’m so overwhelmed right now,” he began. “I wish George were here to see this right now. That's who I’m marching for. I’m marching for George, for Breonna, for Ahmaud, for Jacob, for Pamela Turner, for Michael Brown, Trayvon, and anybody else who lost their lives to evil.” 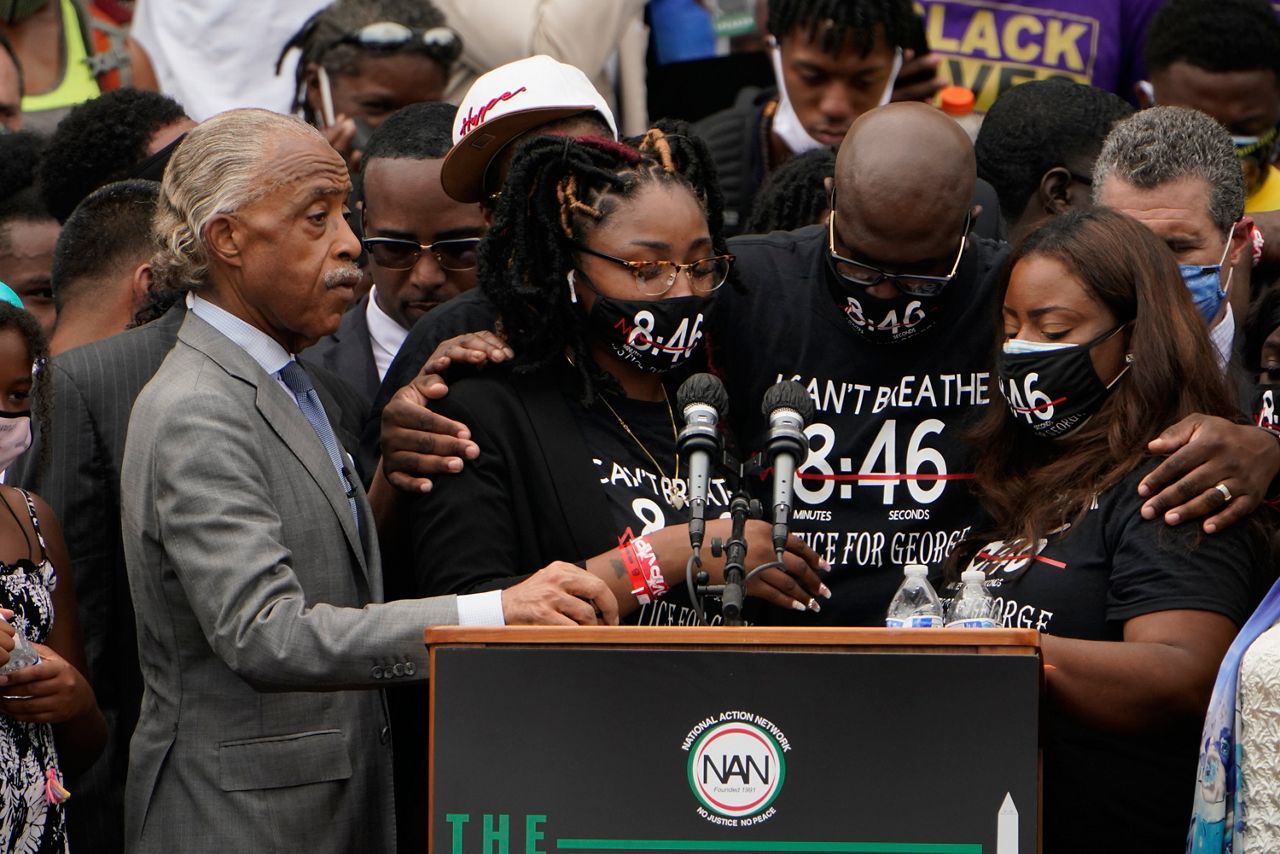 “Everyone here has made a commitment because they wouldn't be here for no other reason,” he continued. “Our leaders, they need to follow us while we're marching to enact laws to protect us.”

Several times during his address Philonise broke down in tears, at one point looking up at the sky and saying “I’m sorry.”

The family of Jacob Blake, a 29-year-old who was shot seven times in the back by a police officer in Wisconsin last Sunday, were the next to speak.

“America, unapologetically I am here to tell you in front of the world that you got the right one,” Blake’s sister Letetra Widman said. “God has been preparing me. America, your reality is not real, catering to your delusions is no longer an option. We will not pretend. We will not be your docile slaves,” she said in her powerful address. 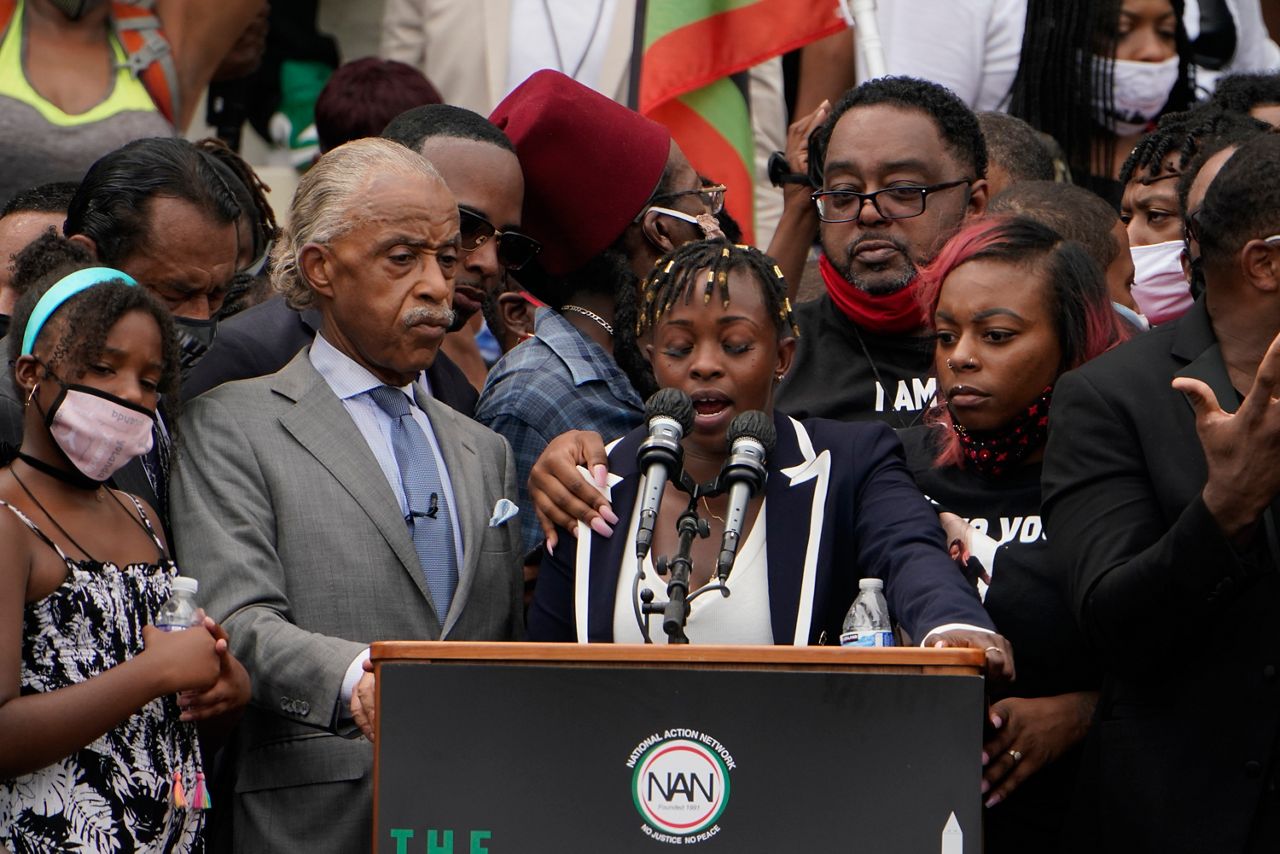 Blake’s father, Jacob Blake Sr., called on the audience to stand together in their fight for justice.

The mother of Ahmaud Arbery, a young man killed while jogging in Georgia, thanked attendees for honoring her son and asked them to never forget his or any other victims’ names.

“I am carrying a very broken heart but also a grateful heart that God chose my son Ahmaud Arbery to be a part of this huge movement,” Wanda Cooper-Jones began. “I do believe if we continue to stand and fight together that we will get change.

“Sadly, we have these types of tragic events far too often,” Cooper-Jones continued. “But I want each of you to please don't forget their names. Please let their names live forever. I want to share three words with you that I know Ahmaud would want me to share with you as well. And that is: I love you.”

Trayvon Martin’s mother Sybrina Fulton was among the last to speak. Martin was 17 years old when he was shot and killed while out visiting relatives.

Eric Garner Jr., whose father Eric Garner’s last words “I can’t breathe” became a rallying cry for the Black Lives Matter movement after his death at the hands of New York police, encouraged viewers to continue their peaceful fight.

“It’s been six years since my father's words became our words,” Garner said. “We have to make a change. I'm challenging the young people to go out and vote. It’s possible for the change, we just have to put in the work. Go out and find out what we have to do and what people we have to vote in to make change. We are here to march peacefully.”

At the conclusion of the speeches, the group of thousands marched down the National Mall to the Martin Luther King Jr. memorial.