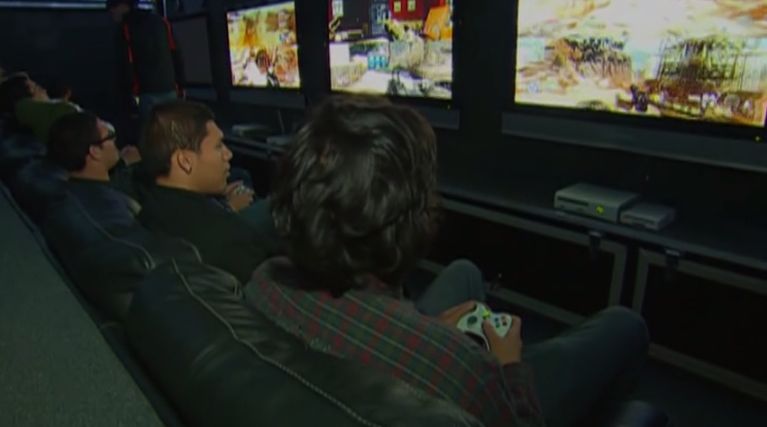 WASHINGTON (SPECTRUM NEWS) — The video game industry is in the crosshairs of the White House after the suspect in the mass shooting in El Paso, Texas made reference to the game Call of Duty in his manifesto.

In a speech on Monday, President Donald Trump implied the glorification of violence on the platform is a factor.

“It is too easy today for troubled youth to surround themselves with a culture that celebrates violence,” said President Trump. “We must stop or substantially reduce this, and it has to begin immediately.”

“I was flabbergasted to hear that particular canard recirculated under these horrible, horrible circumstances,” said Dr. Liza Gold, a forensic psychiatrist. “Video games have been brought up for at least 20 years as a possible cause for gun violence in the United States.”

Back in the 1990s, lawmakers held hearings questioning if fighting games sowed aggression in youth.

But historically the Supreme Court’s interpretation of the Constitution has been kind to the industry.

In 2011, the court struck down a California law restricting the sale of violent video games to minors.

Still, the president and other Republican leaders want to revisit the conversation.

“The research has been done and no statistical correlation has been found,” said Dr. Gold. “And yet pretty much every time mass shootings become the subject of national discussion, some politicians trot out this excuse or this explanation —so-called— for video games.”

“Well I think it’s the same reason the politicians who are not invested in discussing it are not invested in discussing any aspect of gun violence in that has actually been demonstrated to be significantly coordinated with the increase in gun violence in the United States,” she said. “The research is overwhelming clear that the issue in the United States is the wide spread availability of guns.”

Dr. Gold is also the author of the book Gun Violence and Mental Illness.

She said while Trump’s recommendation to reform mental health policies is welcomed, especially in her industry, she believes it won’t change the rates of firearm homicides in the U.S.