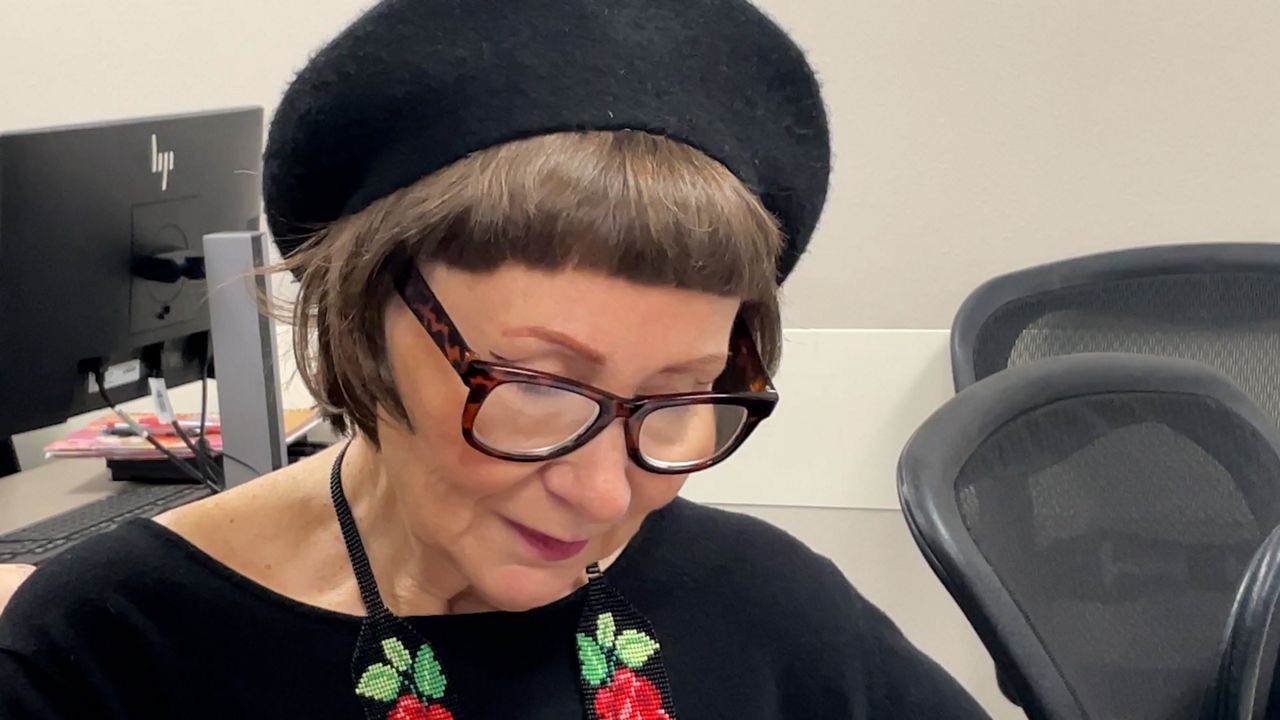 'Every painting she does is a story': Ukrainian artist shares passion with Wisconsin

APPLETON, Wis. — The city of Appleton has become a second home from Irina Visnevscaia (Vish), who is originally from Odessa, Ukraine.

She’s been taking classes at Fox Valley Technical College (FVTC) to help her learn English. Ironically, this is the same school her daughter Anastasia Reetz attended when she came to the states 20 years ago.

Vish has lived with her daughter for more than a year after visiting Wisconsin last Christmas.

“Soon after the war started her tickets were canceled, so we rebooked the tickets to postpone for a couple months and then couple months later they still wouldn’t fly to Ukraine,” said Reetz.

It’s been difficult for Vish especially with her husband and friends still still in Ukraine. Reetz translates her mother’s feelings to being away from her home country.

“Nobody knew,” said Reetz. “Nobody could even imagine. She said the feeling of the war was in the air, but no one wanted to believe in that as a whole.”

During this uncertain time, she’s kept herself occupied not only by taking English classes but by doing what she loves most, art. She became a professional artist at age 54 and prior to that she was a journalist for a state newspaper and regional magazine and even wrote five published books.

“Every painting she does is a story,” said Reetz. "A story about people about individuals as a whole or nations.”

She loves to paint and is even sharing her art work at the Heart and Soul of Ukraine exhibition in San Diego, Calif. Some of her art reflects her home country.

The exhibition is this spring, and moving forward, she’s hopeful to get back home to her loved ones. In the meantime, she’ll continue to learn English, focusing on her art work and spending time with her daughter.

Vish is one of the hundreds of students who is taking the English Language Learning class at FVTC. The class has six levels. The most recent enrollment numbers show there was 400 students in October.