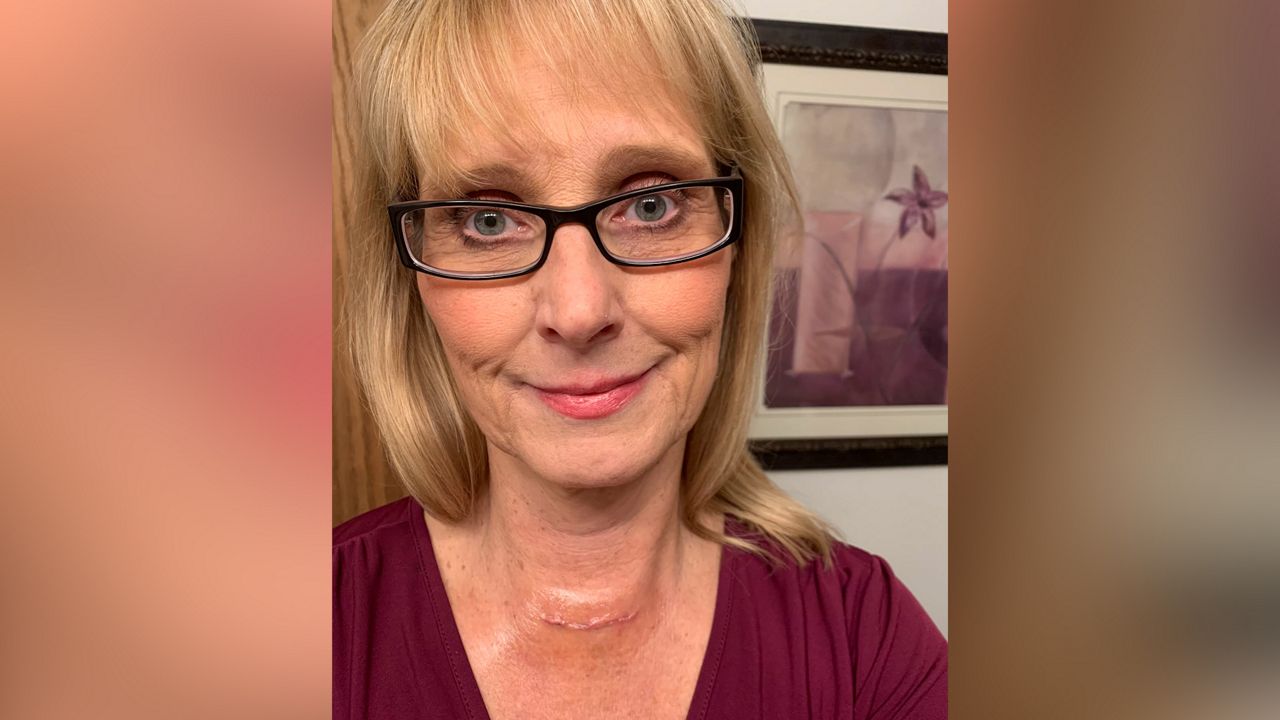 MILWAUKEE — The American Thyroid Association said thyroid cancer is less common compared to other cancers like breast or colon. In 2021, 44,000 people were diagnosed with it.

While it’s a less common cancer, Beth Madecky is still living with the diagnosis.


After experiencing neck pain, she figured it was from a previous car accident. So, she made an appointment to see her doctor.

“They did an MRI on my neck to see if I needed anything more than physical therapy,” said Madecky.

The MRI showed it didn’t have anything to do with the accident, but instead, her thyroid.

“In the report there was a note about having thyroid nodules,” said Madecky. “So, I called the doctor who did the MRI and asked about that. He sent my MRI onto a general surgeon to review it.”

The surgeon reached out just days later, wanting to take a closer look at the thyroid nodules with an ultrasound and biopsy. Shortly after, she received a phone call no one wants to receive.

“After I heard, 'you have cancer,' I couldn’t hear anything else,” said Madecky. “It took me a while to wrap my head around it.”

She had surgery to remove the tumor this past November.

“The pathology report came back, and it said the cancer was encapsulated and my margins were clean,” said Madecky. “So it’s believed the cancer is gone.”

Madecky is thankful she advocated for herself to get a second opinion after her MRI.

“If I didn’t read my own report, it wasn’t red flagged or anything. It was a note,” said Madecky.

Dr. Gil Fareau is an endocrinologist with Froedtert and the Medical College of Wisconsin. Fareau said thyroid nodules are very common.

“They get increasingly common as we age,” said Fareau. “Thyroid nodules are very common. As I mentioned earlier, thyroid cancer is relatively uncommon, so the vast majority of these nodules end up not being cancer.”

He said the most common presentation of thyroid cancer is in the neck.

“A painless mass in the neck,” said Fareau. “When people identify a lump in the neck that’s non-tender that persists typically longer than a week or two, that’s something that should be investigated.”

Fareau said thyroid cancer is treated with surgery and the survival rate is high, something Madecky is thankful for. She continues to not only advocate for herself but others through support groups online.

“I comment a lot. I pray for a lot of people,” said Madecky. “I’ve become friends with people all around the world who had surgery around the same time I have.”

In the meantime, Madecky wears her scar like a badge of honor, knowing she fought hard during a difficult time in her life and is moving forward with a new outlook on life.