We’re told we should always have a backup plan.

So, when Samantha Danen was attending the University of Wisconsin-Milwaukee, she thought if this arts history thing didn’t work out, she could always … make beer!

OK, it was a little more complex than that. But in the end, that’s the way it worked out.

The craft brewing industry in Milwaukee was in its infancy and landing a job was as easy as painting your house with a toothbrush, particularly for a woman. But Danen not only got her foot in the door, she became the first female craft brewer in Milwaukee.

And yes, she’ll drink to that.

“It made me feel incredible,” she said.

But before “incredible” came along, there was angst, frustration, imposter syndrome — and a few more emotions to wrestle with.

****
Danen always loved art. In her senior year at UW-Milwaukee, the art history major had an internship where she curated several spaces for local artists.

Some artists were good to work with. Others, not so much.

She also took note that most who were doing the curating were in their 40s and 50s.

“I didn’t know how I’d get from where I am right now to where they’re at,” she said. “And I didn’t want to be making minimum wage the rest of my life.” 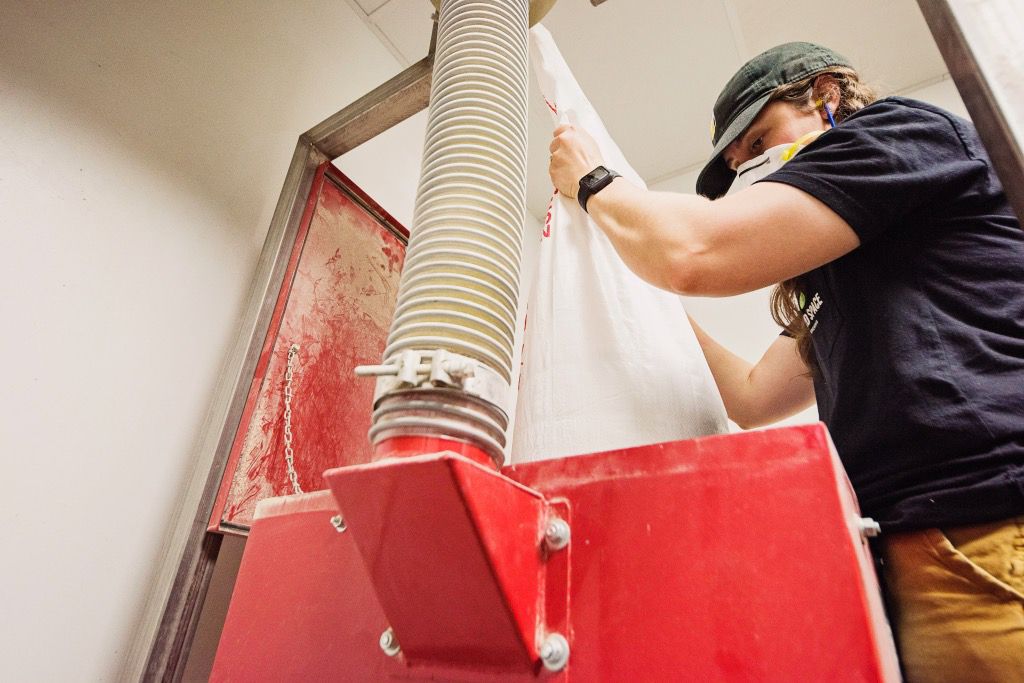 Danen was already into home brewing — a friend got her involved — and the thought of trying to make it a career became more enticing. So, she decided to explore.

“From what I could tell, there really wasn’t anybody hiring,” she said. “And so, I would go to all these different breweries, hang out a lot and just try to talk with people, network as much as I could. Talk about beers, show them I had a lot of knowledge and show them my passion, how excited I was, and how I really wanted to get my foot in the door."

“But a lot of the time, these people just weren’t hiring or they weren’t looking for extra help. At least, that’s what I was told.”

Instead of putting that dream aside, she dug in.

“It was a challenge at that point,” she said.

She joined what she called a “beer nerd club.” There, she met George Bregar, who told her he was leaving the coffee industry to start his own brewery.

“It was just as if this light started shining,” Danen said. “And I could hear, ‘Oh my gosh, this is my aha moment. Like, this is my in. I don’t know how I’m gonna do this, but this was my chance to pretty much just beg my way in.”

Bregar hired her, and she began by helping refurbish the building that would become Company Brewing. Once open, she worked as a bartender, cleaned kegs and tanks and scrubbed floors. When they needed extra hands in the brewery, they tapped her on the shoulder.

“I always say you have to keep the word ‘craft’ in there, because there’s a difference between just being a brewer and a craft brewer,” she said. “There’ are plenty of women that have worked for Miller for years. But in Milwaukee, as far as craft beer goes, yes, I would consider myself to be the first in that regard. But it’s hard. It’s kind of like, ‘Well, am I able to fill this very large role? And how do I do that?’"

“Because with that comes a lot of responsibility and if I am going to take on that title, then I want to make sure that I’m using it for good and that I am inspiring other women and hopefully making their path a little bit easier in the future. Hopefully, the doors open a little bit more and more frequently than they did when I was trying to get in.”

****
Danen was working an event for Company Brewing when someone approached her and told her about an organization that would meet her self-imposed responsibilities as Milwaukee’s first female craft brewer.

“The woman approached me and was like, ‘Hey, there’s this organization that’s made up of women from all over the world that are doing the same thing you’re doing,’” Danen said. “‘And we get together and we go to educational events, and we provide scholarships and we drink beer together and we’d love for you to join.’"

She not only joined the Pink Boots Society — created to assist, inspire and encourage women in the fermented/alcoholic beverage industry through education — she’s now the leader of the Wisconsin chapter. 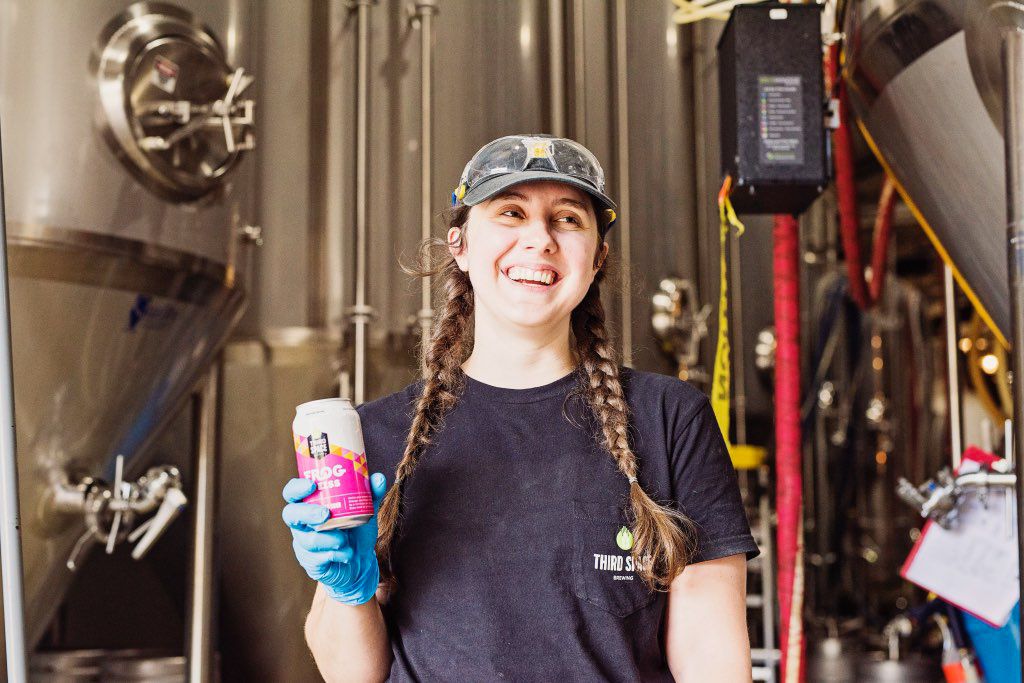 In her new job as a brewer at Third Space Brewing in Milwaukee, she created a recipe they make every year on International Women’s Day — an IPA called “Like a Girl” — with all proceeds going to the Wisconsin chapter of Pink Boots.

“It’s a really an awesome program we’ve been able to take a part of,” said Brandt Stewart, director of brewing operations at Third Space.

Stewart said one of their suppliers, Yakima Chief Hops, creates a specific blend every year, as determined by the nationwide chapters of Pink Boots.

Those hops are then made available for sale across the country, with a portion of the proceeds going to the educational incentives of Pink Boots.

“It’s awesome to have Sam as a team member, bringing up opportunities like that to make sure that we know they’re available,” Stewart said. “And not only that, but she went above and beyond. She actually got a lot more suppliers involved. We were able to create a specific brand around that. And that enabled just a much larger proportion of the overall proceeds to be donated back into that cause. I would say it’s a pretty cool event for us to be involved in and sponsor something like that.”

And it’s having the impact Danen hoped for.

Stewart said his sister-in-law, who lives out of state and where Third Space does not deliver, makes sure she gets her allotment of “Like a Girl” every year.

“Because she wants to support that cause,” he said. “And she thinks that cause is so empowering.”

So in the end, Samantha Dean is doing what she always intended to do. She’s curating, and for a noble cause.