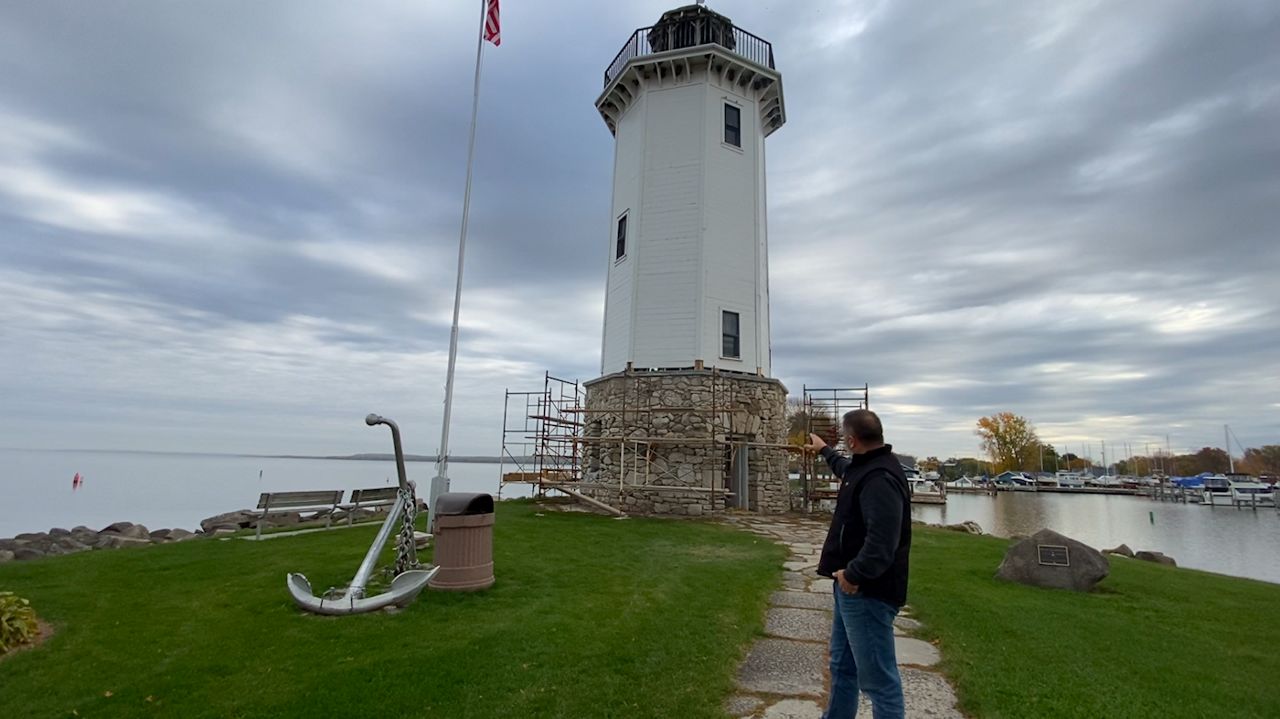 FOND DU LAC, Wis. — Working on the stone base of a lighthouse is new for Cody Gruenke.

But the skills and work are well ingrained in the mason with Mike Koenig Construction.

Gruenke is one of the crewmembers giving the Lakeside Park Lighthouse in Fond du Lac an extensive renovation.

“We basically chipped out all the old mortar that was in-between all these stones and ended up finding a lot of voids and a lot of holes and some rotten mortar,” he said. “Now we’re going to replace it with brand new mortar.” 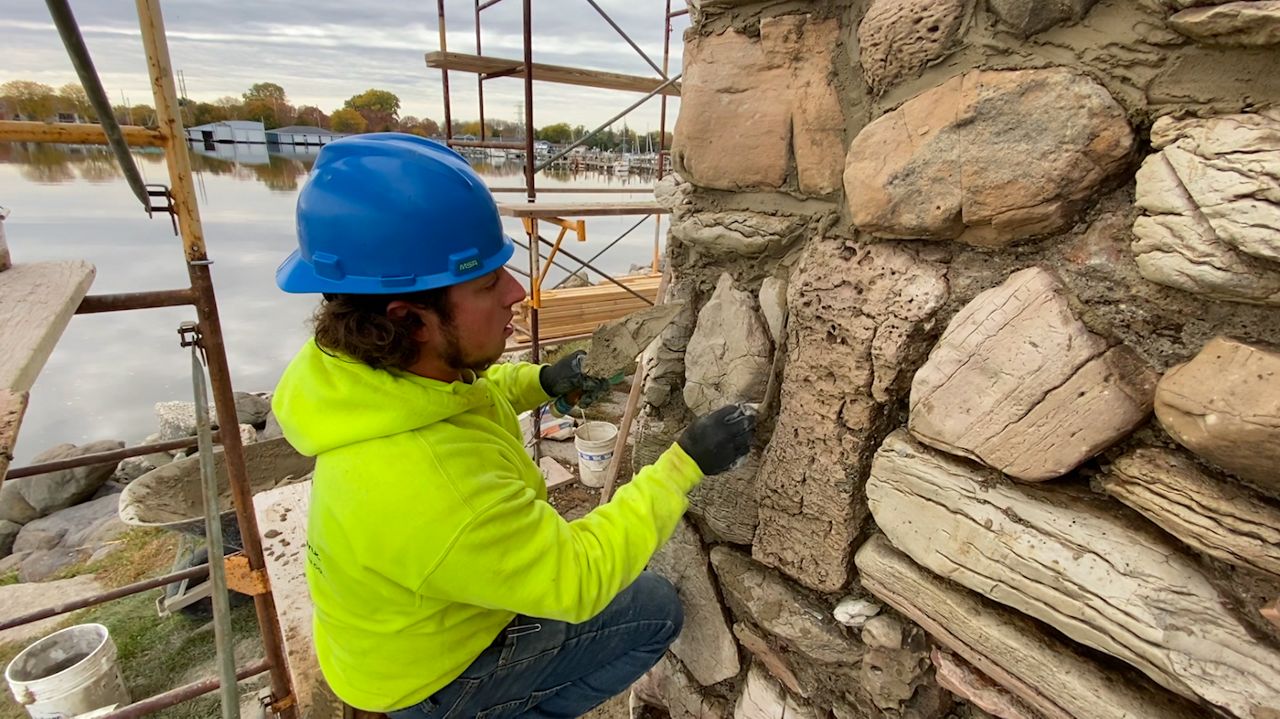 “It’s really cool. We’ve had a lot of the people from the community stop and talk to us about it and they’re curious what we’re doing,” he said. “The lighthouse is a pretty big part of the community, so it’s cool to take something that’s been around for so long and give it a new lease on life.”

The lighthouse was built in 1933. It was saved from demolition in the late 1960s and has undergone other maintained work over the decades.

“Then we’re redoing the exterior siding, which includes some structural renovation and repair work to the framing members and then new siding,” he said.

Fond du Lac Park and Forestry Superintendent John Redmond said when the project is done, the lighthouse will look the same. Replacement windows were chosen, and mortar mixed to match what was used decades ago. 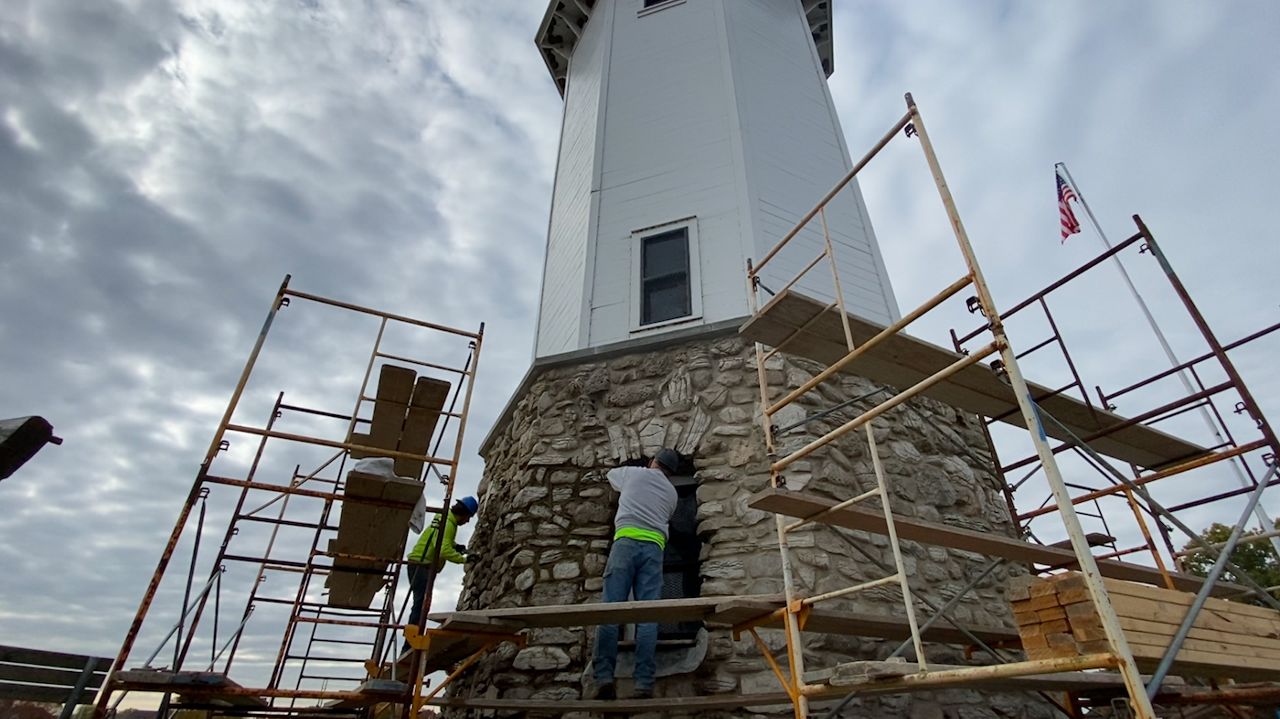 The lighthouse is expected to reopen to the public in May. Gruenke said he expects to see the finished work while fishing.

“It’ll be something I’ll get to see all the time when I’m here. I know the people in the community are really excited about it and happy to see it,” he said. “A lot of people when we first got here were worried we were taking the whole lighthouse down.”